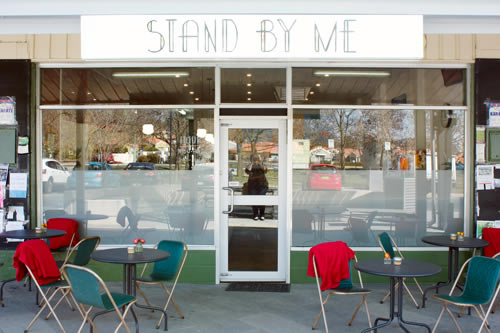 You’d be forgiven for not knowing that a new cafe had opened up at Lyons shops. Other than the local IGA and a hair salon, there aren’t many reasons to stop by. Over the past few years there was a takeaway shop and newsagent however they’ve both since folded their doors.

Stand By Me is the new addition and it will certainly give neighbouring cafes a run for their money. The decor is fitted out with an eclectic yet local feel with fresh flowers, cushioned wall chairs and bright artwork.

The reason I was drawn to this cafe was the outdoor seating, it has blankets for the cooler mornings and fresh water bowls, showing it’s an extremely pet friendly cafe.

They opened their doors on the 23rd of June and in it’s short 7 weeks this cafe is already proving to be popular with the locals. I came down for breakfast on a Saturday just two weeks ago and the entire cafe was packed. 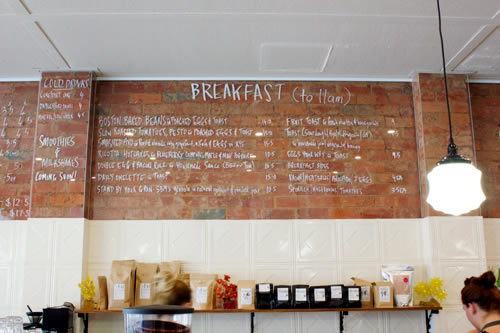 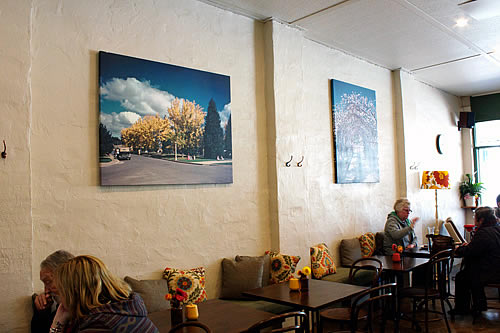 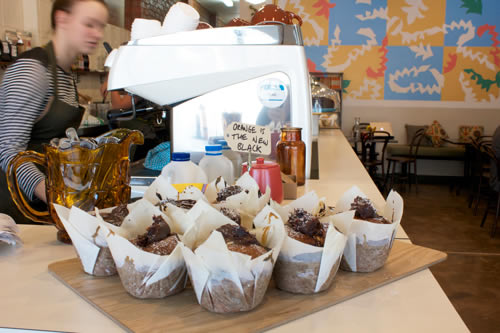 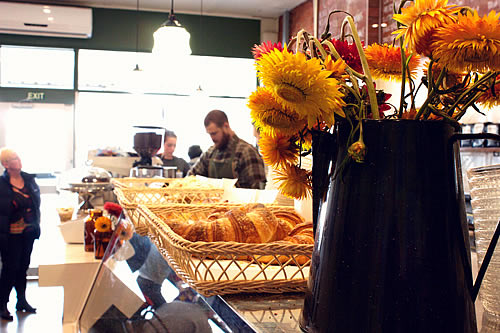 Instead of competing with the weekend crowds I decided to pop by on a Friday morning and was pleasantly surprised at how many patrons they had sitting in and dropping in to order coffee. My concern for cafes in suburbs is how they fair during the week without the hoards of public servants to rely on.

I tried their signature dish the ricotta hot cakes with blueberry compote and maple and mint yoghurt. The presentation alone for breakfast was deliciously amazing, and they certainly lived up to their look. The hotcakes were thick and fluffy with just the right strength in taste. I easily polished them off in about 10 minutes. 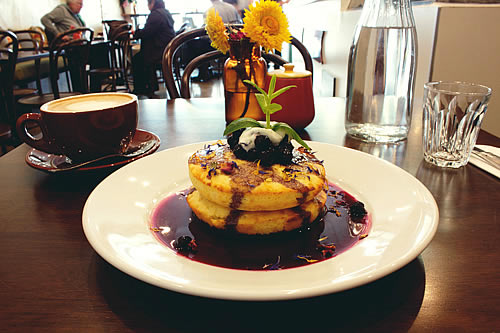 The true test is always in the coffee, being Canberrans we are self confessed coffee snobs. Stand by Me definitely hold their own by using Roastworks Coffee Co coffee beans and after having breakfast I ordered one to take away with me.

They don’t only do breakfast, they also offer a lunch menu from 11:30am to 2pm, including items such as a lamb burger with chimichurri, thai pumpkin soup and more. They also have a selection of toasties on offer for those with only time to pop in for a takeaway meal.

Have you been? What did you think?

I’ve been following the development of SBM since last year and I’m really excited for them that it’s all come together and is off to a great start! Looks like they’ve found a nice little niche too – locals were swinging by and BEGGING for it to open.

Really good range of baked stuff – and from their facebook pics I’m severely disappointed that I can’t often make it along for lunch during the week.

The Institutions: You won’t go hungry with As You Like It Cafe and Bar’s all-day menu

Hot in the City: Cucina Ristorante’s wood-fired deliciousness extends to their breakfast menu

@the_riotact @The_RiotACT
The hot #SouthCoast property market is continuing to break records with a home in #MossyPoint selling for $3.35 million https://t.co/J7yLYRfIGb (9 minutes ago)