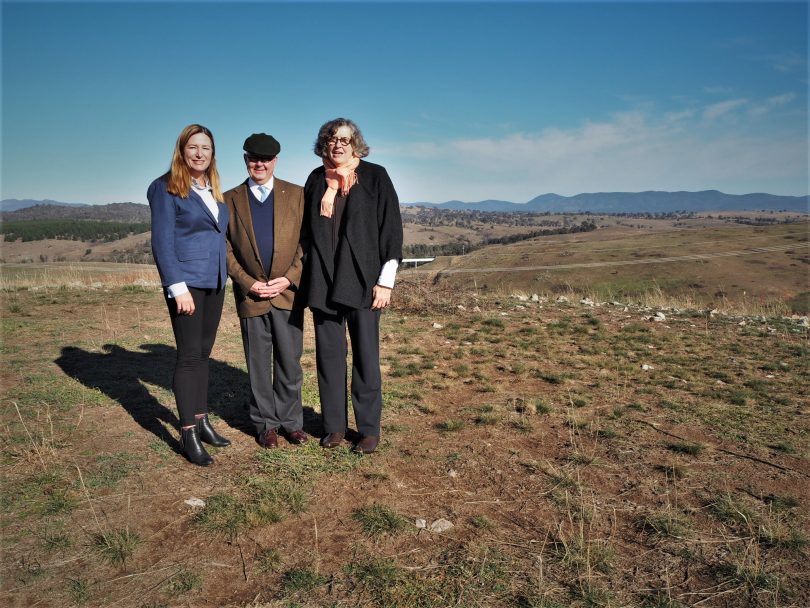 The ACT has continued its tradition of naming suburbs after former Prime Ministers, with the first sod turned on a new suburb in the Molonglo Valley named in honour of former Labor Prime Minister Gough Whitlam.

With the first land release planned for 2020 and an expected 600 homes built in the suburb by the end of 2021, Whitlam will include a local public primary school, shopping centre and 2100 homes in total. 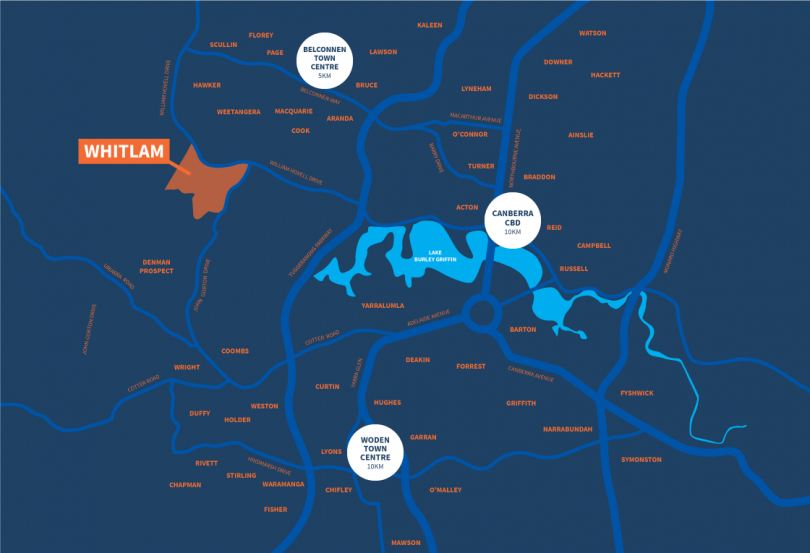 Where the new suburb is situated.

Nearly four years since the Chief Minister announced the government’s intention to name the suburb Whitlam, Ms Berry said the naming of the suburb was fitting to commemorate the only Prime Minister that grew up in the ACT.

“I cannot imagine a better place for people to be able to say, ‘Wow, I’m going home to Whitlam’,” Ms Berry said. “I think that is a really powerful message and a beautiful place to live.

“I think this will be more than just a suburb for the 2100 homes that will be here but also a suburb that Canberrans will proudly call a Canberra suburb. I think we will all call Whitlam our own and I think there will be a fierce competition about which side of the river it lies on.

“Gough Whitlam was a one-of-a-kind person and Prime Minister, who helped Australia re-think the way we approach ideas relating to inequality and social justice. This is the perfect memory to his work and his life and this city as well.”

Ms Berry also assured that mature trees have been retained where possible and many additional trees will be planted. Excess rock from the development will be stockpiled for the ACT Parks and Conservation Service and be used as habitat restoration along the Molonglo River for the vulnerable Pink-Tailed Worm-Lizard. 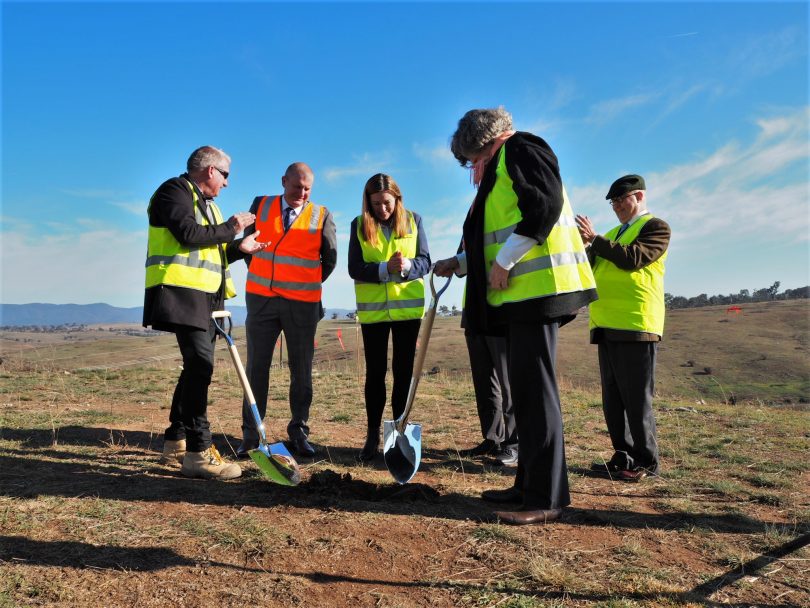 Ms Dovey said naming the suburb in her late father’s memory was important for her family’s legacy.

“I am pretty thrilled. I think it is nice to have the name in perpetuity in a place where he grew up unlike any previous Prime Minister as far as I am aware,” Ms Dovey said.

“I think it also helps acknowledge the contribution his own father made to Canberra when the family moved here in 1927 when Canberra was much like this – plots of earth.”

I wonder if you'll have a view of the Governer General's House from there...fitting really.

No suburb named after Sir William McMahon. Kate Carnell’s government named a suburb on plans for Gungahlin but when Jon Stanhope won government it was renamed Moncrieff “because we think it should be named after a woman” he said at the time.

Can we stop building these awful suburbs please? Or how about giving people more than a postage stamp to build on this time? Anyone ever heard of trees? Backyards? May as well live in an apartment as buy a house in those horrendous areas. Totally ruining Canberra.

I wish the public were invited to this event. Gough was a Canberran :)

Kim, but first and foremost he was a man of the people.

Everyone who loves him wants to celebrate this.

Mark Albert he sure does. It’s out near Coppins Crossing so 10 minutes from our house.

Brenda Albert, it’s near our place. Gough would have been very pleased indeed.

Dan Cope - 7 minutes ago
👏 well done Emma. View
Alexandra Mary - 39 minutes ago
Jaimie-Lee Peattie it is! So awesome to see more being set up View
Montana ONeill - 1 hour ago
This is good to see and hopefully it grows throughout the region to other areas💙 View
Opinion 51

J D - 1 hour ago
Fact one : Attendance to vote in an Australian Federal Election is Compulsory. Fact two : the Australian Electoral Commission... View
Capital Retro - 5 hours ago
That's pretty much what I said but in auditing after polling day the anomalies would be detected and the person could be dete... View
News 14

kenbehrens - 5 hours ago
Before I retired, I commuted to the City. Annoying but tolerable. Living in Tuggeranong, I'd be pretty annoyed if I had to co... View
bj_ACT - 7 hours ago
More employment in Gungahlin is much needed. The Light Rail is full in one direction and pretty much empty in the other direc... View
Property 25

kenbehrens - 5 hours ago
Double taxation? Stamp Duty, Rates and Land Tax aren't really double taxation! In the ACT, Stamp Duty is tax deductible due t... View
Sam Oak - 6 hours ago
Ken, so an effective tax rate of 22.5% on CGT compared to 30% on income is such a big deal? I’m also not talking about the... View
News 3

@the_riotact @The_RiotACT
A new Senate report is calling for changes to Australian Public Service outsourcing, with one Senator describing it as a world of opaque contracts, rent seekers, shadow workforces and 'sleazy Canberra deals' https://t.co/KB17Gr1YvB (42 minutes ago)

@the_riotact @The_RiotACT
Former public servant and car enthusiast since forever Mark Jasprizza is the proud owner of a Jaguar E-Type in 'British Racing Green'. Expect to see this and many more like it when Terribly British Day returns to the Queanbeyan Town Park on 5 December https://t.co/pCgfkB6TIZ (3 hours ago)