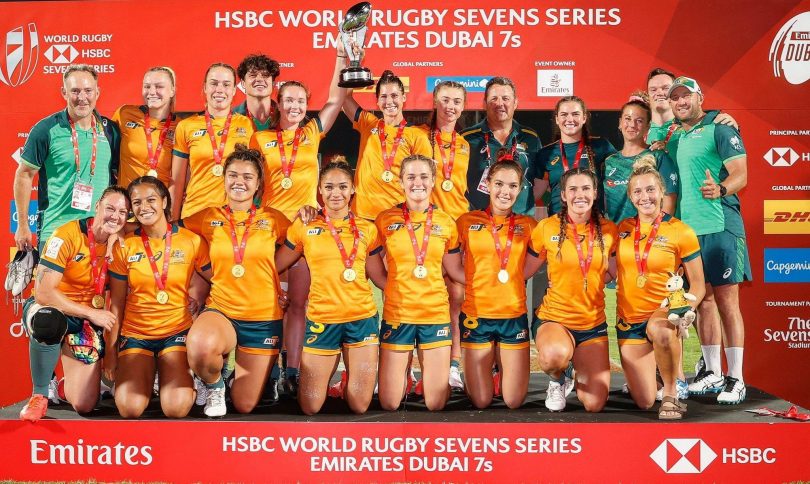 Australia beat Fiji 22-7 in the Final in Dubai on 28 November. Image: @Aussie7s (Twitter).

When the Australian women’s Rugby 7s team lifted the Dubai 7s trophy, Canberra’s Sharni Williams was front and centre in the team’s success as captain.

Williams, who came to Canberra via Batlow, has had a long association with ACT Rugby Union. She was named ACT Rookie of the Year in 2008.

From one end to the other ?

Both Toole and Jensen played with the Gungahlin Eagles last season. The latest in the Wagga Wagga sporting production line, Toole scored several of the best tries witnessed in the John I Dent Cup season after coming across from the Riverina.

Stuart, the son of Raiders coach Ricky, has impressed playing in the forwards for the Queanbeyan Whites. 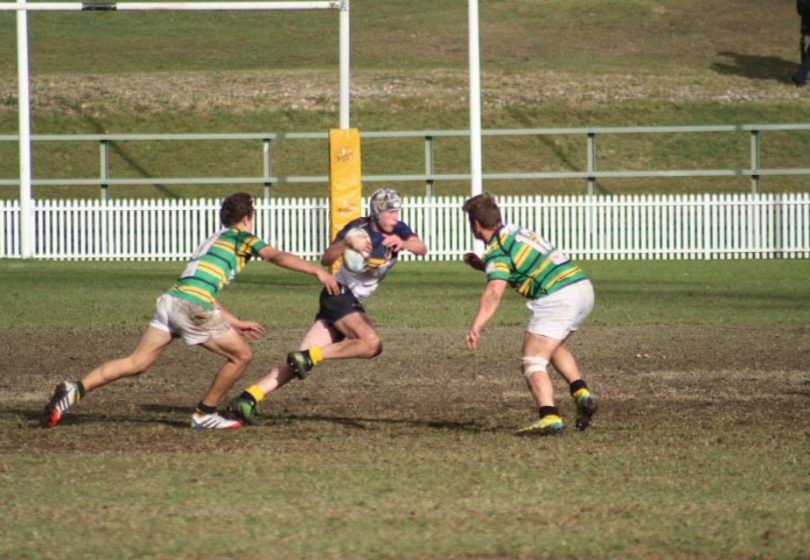 Mack playing in the ACT Brumbies U16 side. Photo: Supplied.

At the same time three Canberra players were making their Australian debuts, fellow ACT player Mack Hansen was engaged in the game of his life for Irish team Connacht in their win over Ospreys in the United Rugby Championship.

Hansen, who has been enormously impressive since moving to Ireland, scored a try for Connacht and was named man of the match. 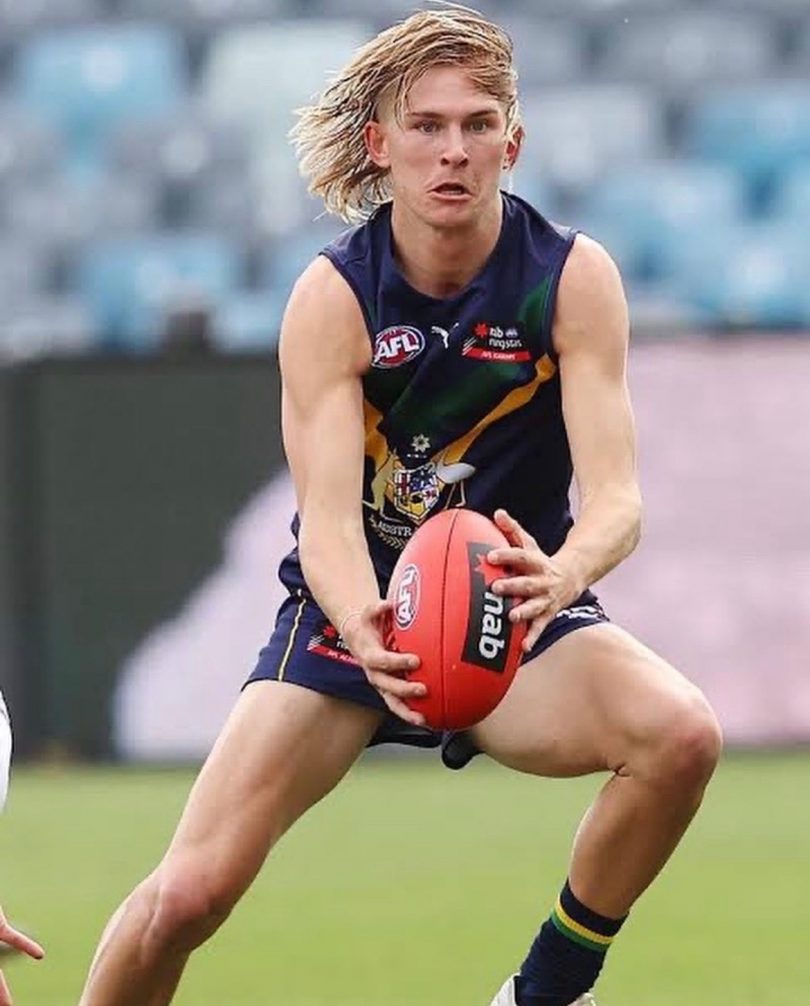 Meanwhile, Queanbeyan Tigers player Josh Fahey was recruited by GWS in the AFL National Draft at pick 42, GWS matching a bid made by the Western Bulldogs.

In the Women’s Big Bash League, ACT player Katie Mack has taken all before her this season playing for the Adelaide Strikers posting five half-centuries.

On the other side of the world, Patty Mills has been on fire for the Brooklyn Nets in the NBA. Mills averaged 17 points for his last five games, including 23 points in the win over Boston Celtic, with seven three-pointers.

There is now a campaign for Mills to be named in the NBA All Star three-point competition.

The past week has been worth highlighting for Canberra sportspeople, with the platform of their careers established in ACT competitions.

Errol Jobsz - 19 minutes ago
$10 million won't go far on that road. View
Brett Griffiths - 1 hour ago
Excellent! It’s the best bypass road, onto Jerangle then Bredbo, for when the Monaro highway is shut down, as it was recent... View
Topher Garlik - 2 hours ago
10mil that will fix the pot holes, if they serious can double that 💰 View
Lifestyle 20

Linda Stapleton - 2 hours ago
Leading up to Summernats it got noisy around here. The hoons started with their fun and games as they saw it and the police t... View
Dee Tee - 4 hours ago
Plenty of notice to book a holiday in advance to get away View
What's On 2

@the_riotact @The_RiotACT
#DixonAdvisory - for decades the first choice for financial advice in #Canberra - has entered voluntary administration due to mounting liabilities, potential class actions and penalties owing to the corporate watchdog https://t.co/3IHElcJyLS (49 minutes ago)