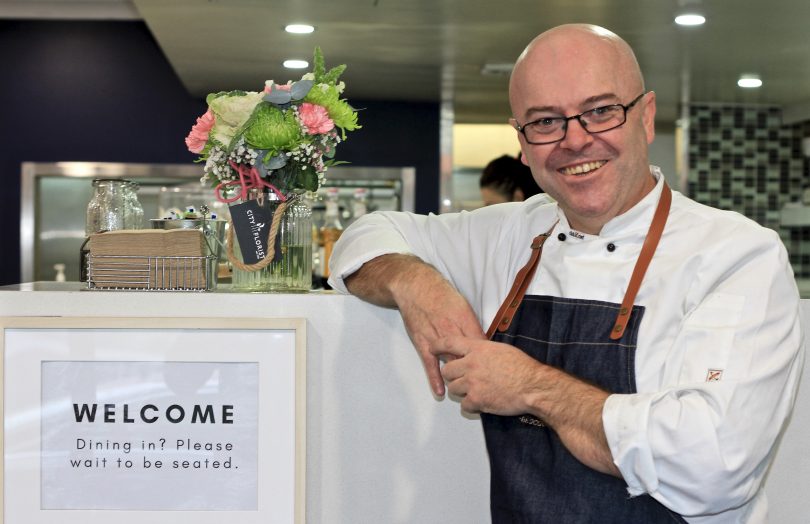 Getting through the last mouthful of the mighty mixed grill at the old Central Cafe in Queanbeyan was considered a badge of honour among foodies looking for a gastronomic challenge. At least it was until the Central Cafe closed in April 2018 after almost 40 years serving the local community.

However, the doors at the famous venue reopened this week with the launch of new cafe, Bean Central.

The spirit of the former milkbar that first opened on Monaro Street in 1979 is still there according to Bean Central owner Matt Morrissey.

“It was such an iconic place and was so well known in the community, we wanted some sort of attachment to the old cafe,” he told Region Media over a coffee.

“We tossed up lots of different names. We had Queanbeyan Central and all these other different names, then all of a sudden it dawned. Over a coffee, we thought about coffee beans, and what has been and what is now.

“So I like to say, what once has been Central, is now Bean Central.”

COVID-19 almost made the opening a has-been after the shutdown of cafes in March, just a week before Bean Central was due to open. But Matt was able to extend the shop’s fit-out period and put the finishing touches in place.

“Opening day was more of a relief to be finally in a position to open the doors,” he says. “Opening a big place such as this and only being able to have 10 people wasn’t going to be enough to justify in a place that can sit more than 120.

“We had a good response from the local community and a lot of people who didn’t realise we were reopening so that was good.”

Matt says a big part of reopening was finding new ways to retain some parts of the old Central Cafe, and there is now a new take on the old mixed grill.

There are also many vegetarian options on the renewed menu, including an eggplant parmigiana that sits alongside the traditional chicken parmy.

“It was always daunting as there are a lot of expectations and things that people remember from the glory days of the cafe,” says Matt. “But times have changed since then and I don’t think people necessarily want the big plates of food that you used to get.

“Back in the day, the old Central Cafe used to pack them in so I’m sure in time people will want to come in to see what has changed.” 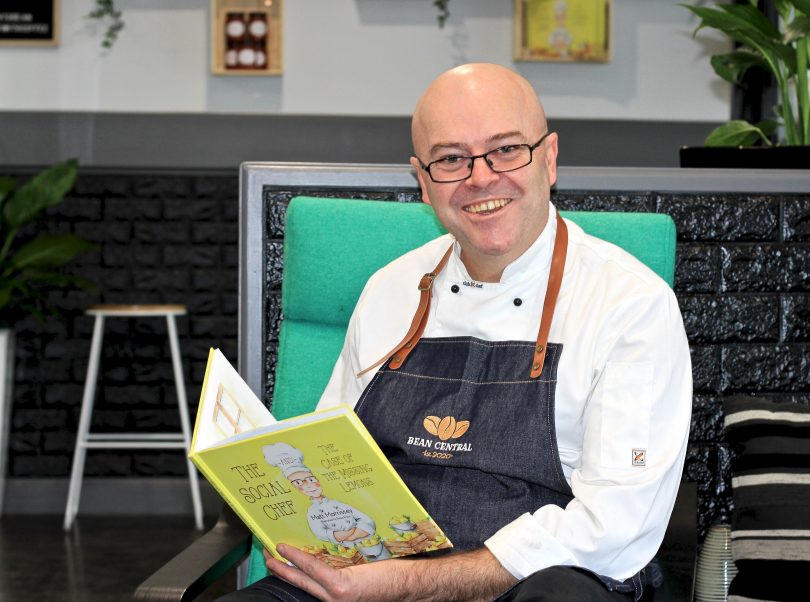 Matt Morrissey is also a published author of a children’s book that encourages kids to get involved in cooking. Photo: Michael Weaver.

A qualified chef, Matt is used to change. He began his career as a musician with the Royal Australian Navy before transitioning into management roles in both the public and private sectors. He is also a published author, having recently compiled a series of children’s books called The Social Chef that encourage kids to get involved in cooking.

The book was also part of a special bedtime reading by ACT Fire & Rescue superintendent of operations Matt Shonk, along with his special guest, Sparkie the fire dog.

“It was always a bit of a dream to try to create a fun story that gets kids into cooking,” says Matt. “And whatever gets cooked in the book, there’s a recipe at the back.”

Matt has a strong sense of community and hopes Bean Central can help reinvigorate the once-strong cafe culture in Queanbeyan. He also employs 20 staff, including people with a disability in the front and rear sections of the cafe, and supports local suppliers.

“I want to try to deliver something the community can be proud of,” he says. “I really want this to be a place the people who work here are proud of.

“I think the cafe culture here will only grow and I’ve spoken with other cafes about how we can help each other, which gives us our own sense of community while recreating a vibrant food scene in Queanbeyan.”

Central Cafe used to have a few familiar faces as customers. Canberra Raiders players used to refuel after training at Seiffert Oval in the 1980s, while former Treasurer Joe Hockey visited the cafe in 2015 to spruik the government’s commitment to assisting small business.

Federal Opposition Leader Anthony Albanese and Labor Party candidate for the upcoming Eden-Monaro by-election, Kristy McBain, will visit the cafe this Saturday, 13 June, as part of their election campaign.

Whether they tuck in to the cafe’s new mixed grill remains food for thought. 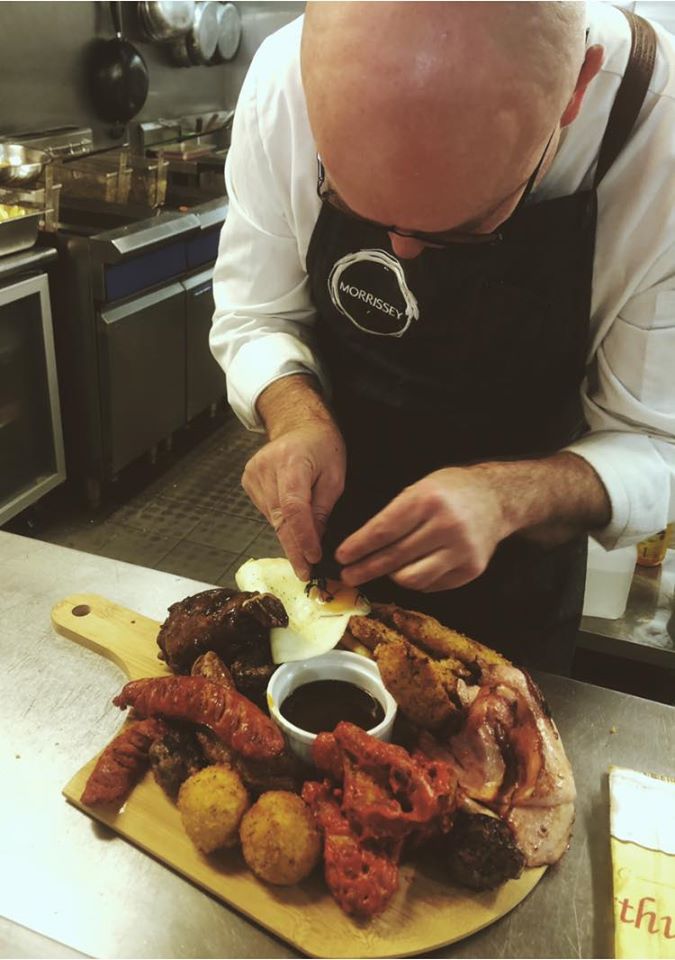 Bean Central is located at 111 Monaro Street in Queanbeyan.

Had a great Brunch there today

It was a great place to have breakfast way back when.

Oh we will need to try it again.

Madison Corbin we should go

Steve Sedgman one of my faves!!

Going great guns by the looks of things Matt Morrissey, will have to pop in some time!

Can’t wait to try it

Geoff Vines up for the mixed grill?

Tony Britton took it on once and almost made it

Good luck ..So many great memories

mark boast - 5 hours ago
Is a speed limit a “never exceed” or a permissible maximum plus/minus 10%? Cameras don’t image opinion. Time to move on... View
Patrice Riboust - 8 hours ago
How much the standing committee members are paid for this job? View
Jimbo Lambert - 11 hours ago
So what was the justification for reducing the Barton Highway section near Gungahlin Drive from 100km/h to 80km/h? It's dual... View
Lifestyle 28

Nadine Deakin - 10 hours ago
That's really interesting. I have a colleague who lives on a property in Cooma - he's in his 70s and was brought up on the la... View
Opinion 44

Tom Worthington - 14 hours ago
If you are having trouble with the sound in video conferences, try using your phone. Microsoft Teams, Zoom and other systems,... View
Motoring 9

Capital Retro - 14 hours ago
And all this "inspired" by this very disingenuous ad: https://www.youtube.com/watch?v=M_GBQhI1LsA Hello Bjorn? That's what gl... View
Brisal - 14 hours ago
99.8% of these cars will never be driven further than Yass. This car's range is perfectly fine for that. View
News 47

Helen Brinsmead - 15 hours ago
Lorraine Ruth Savage why not all of them? View
show more show less
*Results are based on activity within last 7 days

An old well has been unearthed in Queanbeyan during excavations on the new precinct for Queanbeyan-Palerang Regional Council (QPRC). Bulldozers...
News 52