What keeps Raiders’ Peter Mulholland positive as he battles cancer 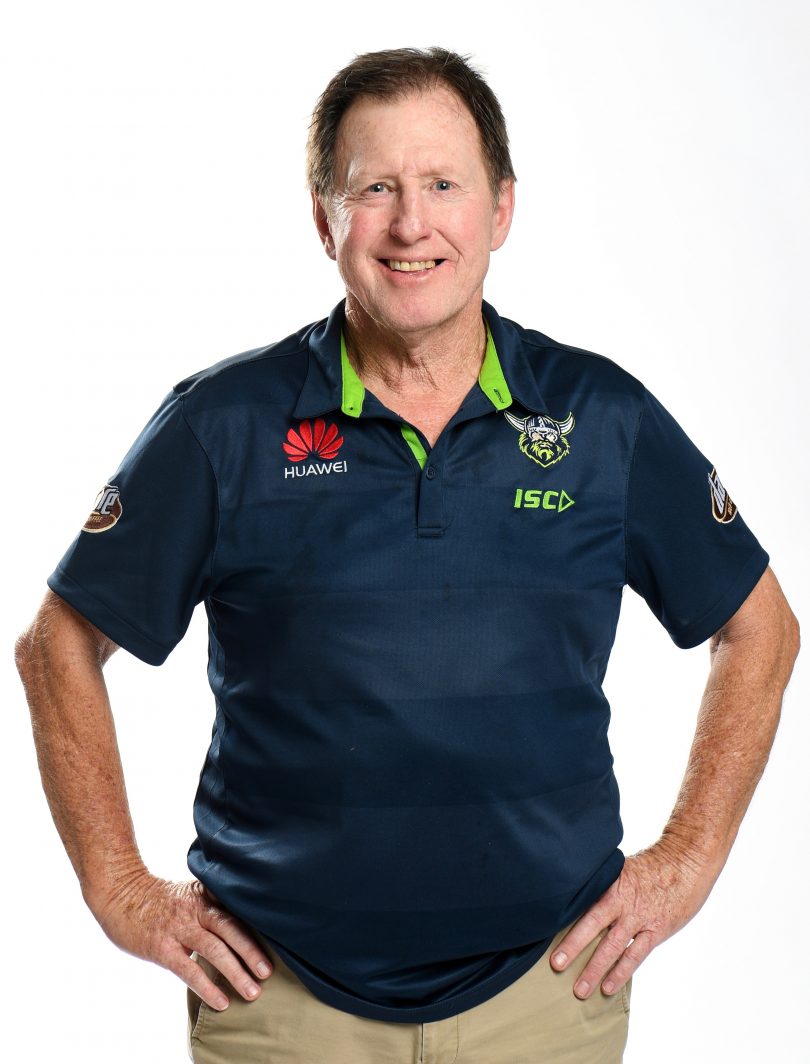 Canberra Raiders recruitment manager Peter Mulholland is positive about virtually everything, which is no mean feat when you consider he is battling a rare form of non-Hodgkin’s Lymphoma.

It was an observation from his wife when he seemed out of breath after walking only 80 metres down his driveway that eventually led to the cancer diagnosis earlier this year. Now, he’s about to head into a critical period of chemotherapy.

But glass-half-full Mulholland has managed to see the positives of his predicament, even in such trying times.

He is optimistic about the perspective the illness has given him, especially when it comes to spending time with his family. It’s time he cherishes: “I’m enjoying life. It’s an appreciation of my family that has been an unbelievable experience.”

His other great love is rugby league. Both family and footy are keeping him positive as he prepares for two more rounds of chemotherapy followed by six days of a chemo super-dose.

He expects to gain a clearer prognosis in August.

That leaves plenty of time to watch rugby league, albeit as he undergoes recovery.

In fact, the highly regarded 65-year-old says the downtime has given him space to watch even more rugby league. He says he watches to evaluate how the Raiders rank with rival teams.

You can bet your bottom dollar what follows is a lengthy phone conversation with coach Ricky Stuart. He says the support by the Raiders, in particular Stuart and CEO Don Furner, has been crucial in his cancer battle. He describes both men as exceptional people. There are often daily phone calls to check on his wellbeing.

The veteran recruitment manager loves watching players he had a role in bringing to Canberra. He first noticed Charnze Nicoll-Klokstad as an 18-year-old fullback, and Hudson Young and Jack Murchie as juniors. It is why he has long been regarded as one of the best, if not the best, recruitment manager in rugby league. He says the key is finding out about the individual player as people as much as their footballing ability.

He praises Stuart in his man-management prowess, which he says is second to none. And Mulholland is speaking from experience having spent time in his career at nine different clubs.

Susan Moore - 36 minutes ago
This is a good news a story 😊 View
Nola Scheele - 7 hours ago
I think there were too many onlookers and he was scared, that might have been why he was jumping back in. Well done to the re... View
Josie Conlan - 10 hours ago
What a beautiful act of care an kindness... View
News 22

Jim Cox - 10 hours ago
Businesses should be able provide a safe environment for both their staff and patrons. Bring it on. View
News 33

thatsnotmyname - 11 hours ago
With the growing population bigger is better. Shame this will need to be scaled back! build it I say. View
show more show less
*Results are based on activity within last 7 days

It looks like next year's federal election will be even more about keeping Australia safe. The Morrison Government will seek...
News 51

The Raiders need to grow a ‘spine’ to be premiership contenders