This weekend’s highlights for us are the slice of rural life at the Murrumbateman Field Days; the Botanic Gardens birthday open day; not one, not two but three international film festivals; and not one but two dance festivals. 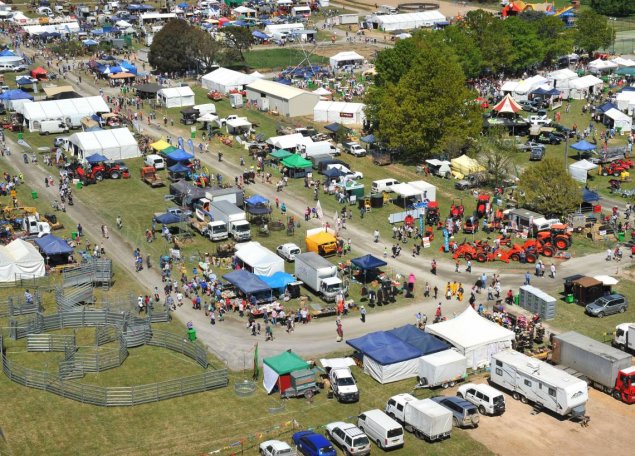 Murrumbateman Field Days
Head to Murrumbateman to experience a taste of country life at this year’s Field Days. This annual flagship event for the Yass Valley features horse displays, demonstrations of that latest farm machinery, a petting zoo and rides for children. Across the two days, you can check out over 400 exhibitors. Buy tickets on the website to skip long entry lines.

Canberra Latin Dance Festival
World salsa champions Vera Rowe and Uriel Garcia of the US and Simone Sanfilippo and Serena Maso of Italy will be teaching workshops at this year’s Latin Dance Festival from Friday to Sunday at the ANU Sports & Recreation Centre. Come along on Saturday evening to be part of the Dirty Dancing theme night and see Sydney Latin band Salsa Rica, or on Sunday for the Brazilian Carnaval Parade. Tickets are available at canberralatindancefestival.com.au.

Slowdown
Described as Australia’s inaugural slow swing, blues and balboa dancing event, Slowdown features workshops for all levels in all styles of slow dance and after-parties for social dancing to live bands and DJs. Register at slowdownweekend.com.au.

Greek Film Festival
Palace Electric is host to the 22nd Greek Film Festival this weekend. On offer is a mix of comedy, drama and documentary, as well as a local and international shorts competition. There is a retrospective of 1960s bombshell Aliki Vougiouklaki, the darling of the Golden Age of Greek Cinema. Sunday night’s closing film is Zorba the Greek.
palacecinemas.com.au.

Japanese Film Festival
The Japanese Film Festival starts its national circuit at the Capitol Theatre Cinema in Manuka this week. The line-up includes ten Australian premieres and is run by the Japan Foundation, Sydney. The event, which is the largest Japanese film festival in the world, closes this Sunday, so get in quick before tickets are sold out. 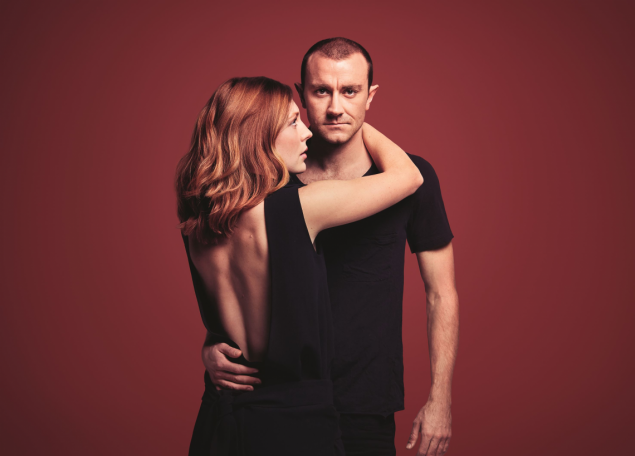 Bell Shakespeare’s Hamlet
Bell Shakespeare is always a delight to see: beautifully reimagined and intensely thought-provoking. The Canberra Theatre Centre is hosting Hamlet, directed by Damien Ryan and featuring John McConville and Matilda Ridgway, until 24 October, and there are tickets still available. 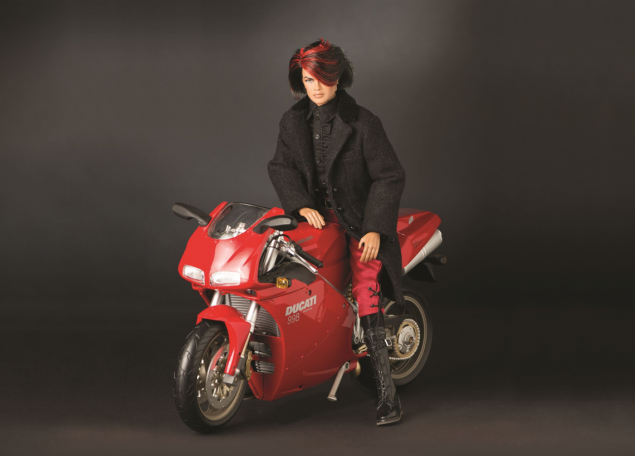 Fashion and Fantasy: 21st Century Dolls
This Canberra Museum and Gallery exhibition features over 500 dolls dressed in historical fashion ethnic clothing and couture, including costumes from film and television series. The dolls are part of the private collection of Julie Manley, who started collecting fashion dolls in 2000 and repaints and customises all her dolls in some way.

Spring Carnival
The Westside shipping container village is coming to life this weekend with Spring Carnival on Saturday from 2pm and Pop-up Markets from 10am till 4pm on Sunday. The 18+ Saturday event is in aid of the OzHelp Foundation and features live music, DJs, visual art works and international street food. Tickets start at $60. 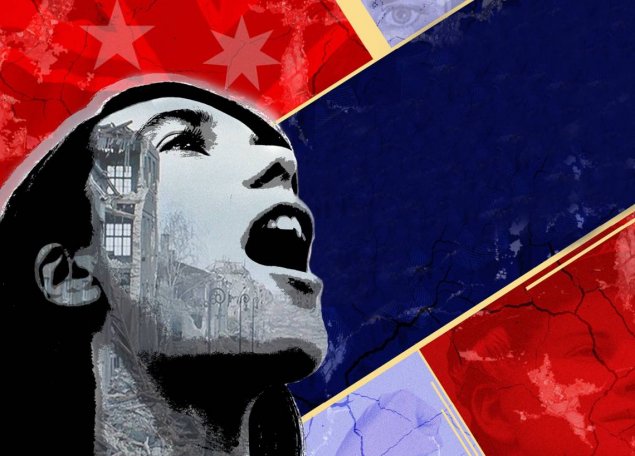 Dead Men’s Wars
This collaboration between the Canberra Youth Theatre and Wellington, New Zealand’s Long Cloud Youth Theatre aims to explore the relationship explores the place of young people within the ANZAC legacy in our two countries. The production, which also examines the evolution of our relationship over the past century, is at The Street Theatre this Friday and Saturday at 12.30pm and 7.30pm. More information and tickets are available here.

Disco Kids & Rents Dance-Off
Dance the afternoon away with your kidlets (13 years and younger), or sit down with a drink while they’re bopping on the dancefloor. Manuka’s Polit Bar, usually a quirky bar for grown-ups, is opening its doors from 5pm on Saturday afternoon for you and your children. Each $15 ticket includes drinks and food to stay energised to dance.

Women’s Wellness Breakfast – Why am I so tired?
Whole food restaurant Pod Food in Pialligo hosts health and lifestyle coach and yoga teacher Meg Berryman for a special breakfast event to help women remove stress and exhaustion from their lives once and for all. Tickets are available through eventbrite.

Makerspace Open Day
Civic Library is hosting a Makerspace Day from 11am till 4pm on Saturday. If you (and your kids) want to know more about 3D printing, robots or DIY projects then this is the place to be. Play with the tech while talking to the tech makers. Make sure you book your free spot now.

Canberra Roller Derby
You don’t want to miss the penultimate Canberra Roller Derby challenge of the year. This game will see the Black ’n’ Blue Belles and Red Bellied Black Hearts go head-to-head in the Southern Cross Stadium at Tuggeranong. Door open at 5pm and tickets are available now. 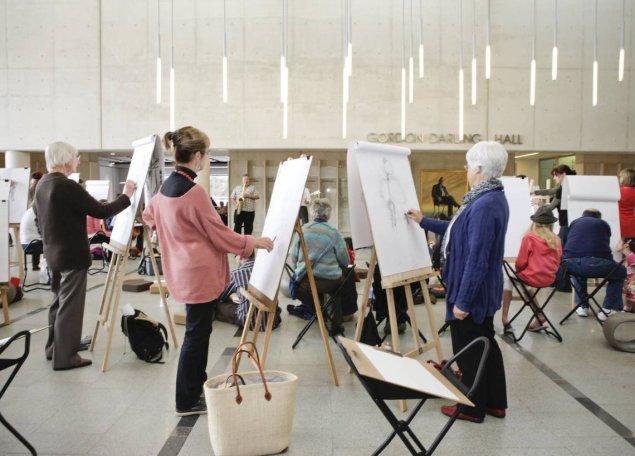 Big Draw story sculpture
The third of the Big Draw 2015’s Drawn In series of interactive workshops, Story Sculpture, looks at how people have marked their journeys and told their stories in environmental sculptures and carvings in cultures all around the world. Add your story to a collaborative sculptural drawing activity. This is a free event at the National Portrait Gallery from 11am till 2pm.

Botanic Gardens Community Open Day
The Australian National Botanic Gardens is celebrating its 45th birthday with a day of family fun featuring activities with names like Mini Bush Blitz Scavenger hunt, Make a bee hotel and Pot a daisy and Jindii ecospa mindfulness pop-up. There will be pancakes and a sausage sizzle too. From 10am to 3pm.

Queanbeyan River Festival
The second River Festival over the border features come and try sessions for kayaks and inflatable water balls on the river; an Aboriginal basket-weaving workshop; jumping castle and craft activities for kids, the Clearwater Sculpture Prize and exhibition; lantern- making workshops; and food and market stalls.

Whether you’re going to one of these events or something else entirely, let us know in the comments.

There’ll be some great ice hockey action at Phillip this afternoon for the first weekend of the finals. Teams will be battling it out to see who gets into next weeks grand finals. Kicks off at 3:45pm.

Joanne Rogers - 32 minutes ago
Surely this woman wasn't acting on her own with this. Instructions must've come right from the top. They're all guilty!... View
Jim Hosie - 34 minutes ago
Nothing surprises. Political standards at all levels and flavours are dreadful. The conflicts of interest, political donation... View
Frank Trapani - 36 minutes ago
Unbelievable, as soon as a politician gives away money instead of taking , all the other politicians from the opposition part... View
News 92

Tammy Britt Welsh - 57 minutes ago
Peter Mcleod and the alternative policies are?????? View
Joshua McTackett - 3 hours ago
Peter Mcleod the only part of that I agree with is that we need an ICAC. Every state and territory should, as well as the fed... View
Peter Mcleod - 14 hours ago
Ute Diversi minus 8 joking View
News 111

Frank Trapani - 1 hour ago
Morris Reinbear . Haha..didn't even think about it. Does it means that we are not all Australians ? But mixed up Heinz 57 of... View
Christie Horsfield - 1 hour ago
Kerstin Mahoney agreed ridiculous View
Nicole Honchera - 3 hours ago
In this beautiful multicultural melting pot where we live in peace and relative harmony, who cares if he wears a helmet or no... View
News 49

Alyson Armitage - 11 hours ago
That is so sad View
Karyn Richardson - 12 hours ago
Paula Williams is there a website or charity link fir James and his sanctuary? View
Jennifer Chalmers - 21 hours ago
Such a tragedy. View
News 12