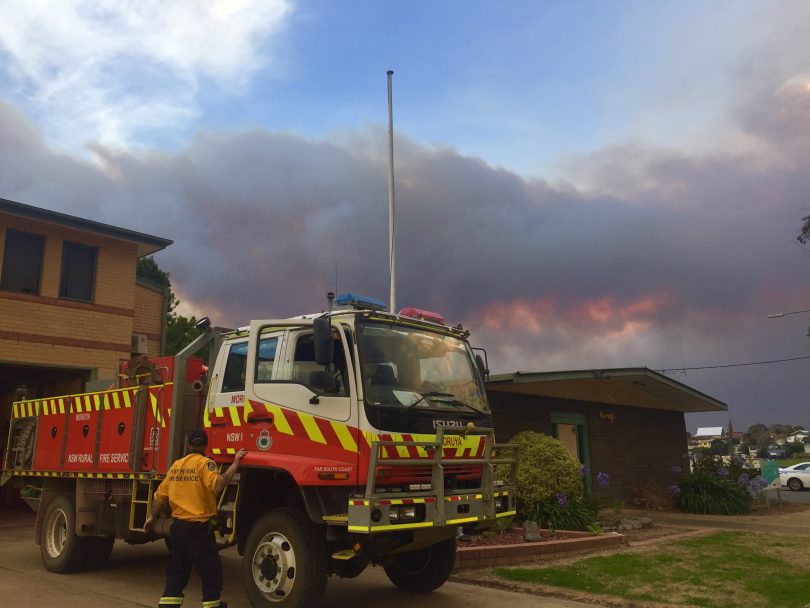 Blackspots and power outages across regional communities during the 2019-2020 black summer bushfires made it hard to disseminate potentially life-saving information when communication towers were knocked out, the NSW Bushfire Inquiry has been told.

When a Rural Fire Service (RFS) truck rolled over during the 2013 Yarrabin bushfire, two RFS firefighters were forced to run to the nearest farm to get help for an injured passenger because the truck’s aerial was damaged and there was no mobile phone reception or satellite phone.

Seven years later, nothing has changed with phone coverage in the Numeralla region, near Cooma, remaining poor or non-existent, said Brian Curzon, an electrical engineer in Cooma.

“[There is] no ABC South East Emergency broadcast [across the Numeralla region] because the ABC 1602 AM tower and transmitter are in Cooma with a transmission radius of 17-25 kilometres,” he wrote in his submission to the inquiry.

“Since Cabramurra and Mount Selwyn burnt down there [were] 200 Snowy 2.0 workers living in the Adaminaby Hotel [Snow Goose Hotel] and in caravan parks around Lake Eucumbene with no mobile phone or ABC Emergency broadcasting.”

Problems with mobile phone reception and power outages were also a problem along the NSW South Coast during the past summer’s bushfires.

“The priorities were around the failing of communications and what that meant to our community when the communications were impacted,” Eurobodalla Shire Council Mayor, Liz Innes told Region Media.

“The reality is we may face it again.” 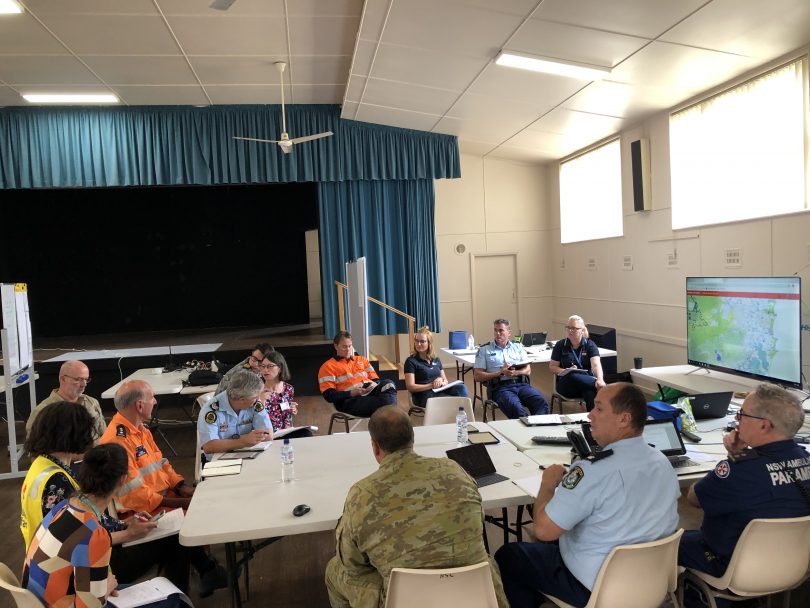 “Our emergency operation centre is quite a makeshift set-up in the local Moruya RSL hall,” he told the Royal Commission into National Natural Disaster Arrangements, also known as the Bushfire Royal Commission.

“It takes several hours to set that up. Initially take boxes full of phones, wires and cables, and go and establish an emergency operations centre.”

In its submission to the NSW Bushfire Inquiry, Eurobodalla Shire Council is calling for a new regional integrated emergency services precinct in Moruya to run incident and emergency operations.

Mayor Innes said the days of running emergencies out of makeshift facilities in a town hall should be in the past.

“With the new Moruya bypass and regional hospital, this is the perfect opportunity to provide a new integrated state precinct that will grow jobs, boost our economy and provide for the future growth of Eurobodalla,” she said.

To address struggling communications in the region during natural disasters, the Federal Government has started to roll out 2000 NBN satellites across the country to rural and country fire services and designated evacuation centres as part of a $37 million telecommunications package announced in May 2020.

A demonstration satellite has been installed at the Yass RFS station however Minister for Communications Paul Fletcher was unable to say how many of the satellites would be installed across Eden-Monaro and down the NSW South Coast, which includes some of the hardest hit regions from the past summer’s bushfires.

“We will have a process of prioritising more regional and more remote,” said Mr Fletcher.

“What we can say with great certainty is there will be a very substantial number [of satellites] in Eden-Monaro, as in many other large regional and remote electorates all around the country.

“We will go through a careful process to identify specific locations.”

Boweavil Kat - 26 minutes ago
From what I can see, they don’t do anything anymore while treating those that need the service like criminals trying to con... View
News 8