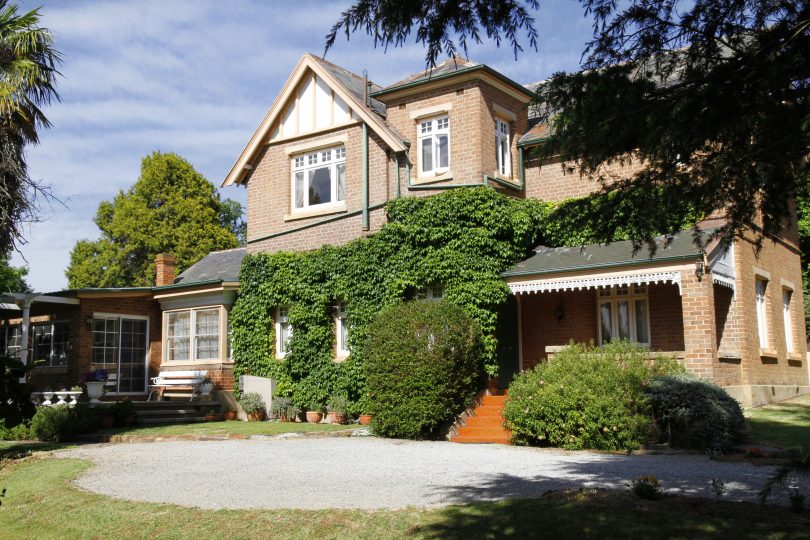 Adrian and Serena Beresford-Wylie’s home at 12 Hurst Street in Goulburn, in 2011. Photo: Supplied.

Canberra is a city of 400,000 people that has everything except the one thing in which Goulburn excels: history.

Few newcomers to the heritage city appreciate this more than Adrian and Serena Beresford-Wylie. They have lived in several Australian capital cities, including Canberra, where they met at university. They plan to retire in Goulburn and enjoy the historic attributes and garden surrounds of the city’s central areas.

“They get their fix from going to Braidwood and yet on their doorstep lies one of the great Federation cities and its wonderful streetscape,” says Adrian, referring to Goulburn.

Serena says: “Adrian fell in love with Hurst Street [in Goulburn] when visiting my mother there in the early years of our relationship and marriage.”

Serena’s grandmother, Elsie, and her husband, Reg Bridges, owned 26 Hurst Street, next door to the former Knowlmans home on the corner. Serena’s mother, Helen, was born there, was later a prefect at Goulburn High School and started her teaching career at Bourke Street Primary School, and finished it at The Crescent School.

Serena spent several years in Goulburn growing up. As retirement loomed, the couple wandered back to the heritage city looking at houses, and settled on 12 Hurst Street in early 2012. Dallas Ford and his family were selling the home. Their daughter was a childhood friend of Serena’s who had been to the home and liked it.

Steeped in history and including three homes by acclaimed architect EC Manfred, Hurst Street’s dwellings are surrounded by sprawling gardens. Residents living among the leafy tranquility were appalled when a development application proposed demolishing ‘Banksia’ at 22 Hurst Street and building a stark, two-storey Georgian home above substantial underground car parking.

A formidable campaign to oppose the project flared almost immediately it became known. Serena’s career in the Attorney-General’s Department and Adrian’s 15 years as chief executive of the Australian Local Government Association probably helped in preparing an objection to the development application, and added to the dismay Goulburn residents felt about such an inappropriate intrusion.

Adrian and Serena spent much time and money restoring and repairing their 1890 two-storey home, designed by Manfred in the Federation Arts and Craft style. It was built for Frederick Jordon Curtis, the first manager of the London Chartered Bank of Australia which opened in Goulburn in 1888. 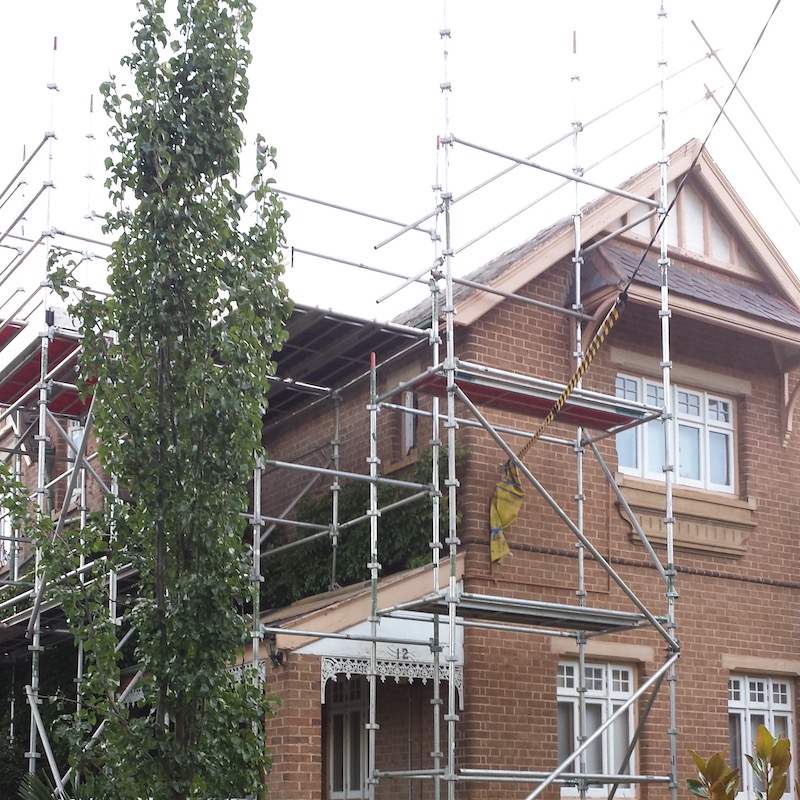 Work to replace the slate roof at Adrian and Serena Beresford-Wylie’s home on Hurst Street in Goulburn. Photo: Supplied.

The house was later occupied by the widow of WJ Nicholson who established the first Empire Theatre in Goulburn in 1911. A 1912 extension added a new kitchen, dining room and maid’s quarters and a large sunroom was added in the mid-1980s

Built on clay, the home had lots of cracking and external timber was rotting when the Beresford-Wylies arrived.

“When we purchased our house, it was in relatively poor condition having reached more than 120 years of age without any significant maintenance or restoration works,” the couple said in their council submission.

They spent about $80,000 replacing the slate roof. The foundations were stabilised using an injection system, bricks were repointed and crack-stitching was needed to overcome substantial cracks. Plaster was stripped from the walls to the bare bricks, enabling specialists to do bolting and install reinforced wire mesh between the bricks before the walls were replastered and painted.

“Each of the rooms; all of the house had to be done,” says Adrian. “Then it was a matter of restoring the cornices which had cracked and broken, and generally revitalising the house.”

The garden is their next project in the city that has captured their admiration.

“If you look around central Goulburn, it is a remarkable city for streetscapes,” says Adrian. “If you walk around Hurst Street, it’s lovely.

“Equally there are stretches of Bradley Street, Beppo Street, Cowper Street and Faithfull Street which are a delight to walk along. But it is unfortunate a sweep of houses can be interrupted by an earlier decision to knock down some houses for a block of flats or whatever else it may be.

“Somehow I can’t help but think Goulburn’s future is related to its past – the ability to attract Canberra people in large numbers to come and enjoy what Goulburn has to offer.” 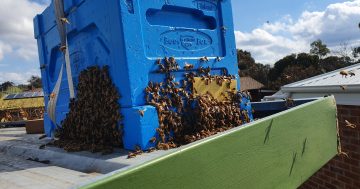