When to pull the plug: An insolvency expert’s view 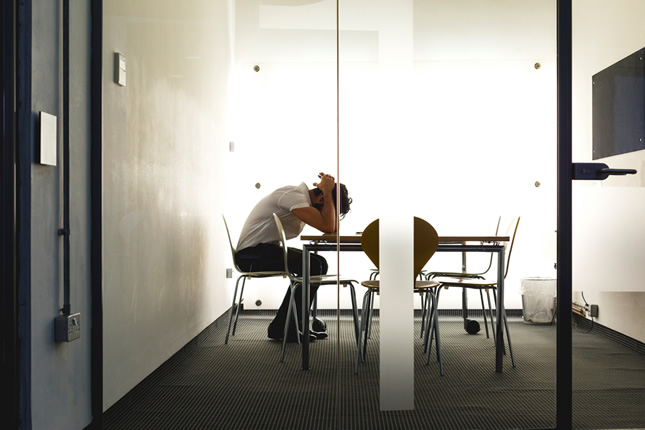 Accounting consultant Eddie Senatore has specialised in insolvency for three decades, and still reckons it’s a great time to be alive and in business.

“In the age of technological advancement, businesses have evolved and you no longer have to wait for ages to get things done; businesses [especially those that are agile] can get ahead quickly,” he says.

Mr Senatore has a remarkably positive outlook for one who has dealt in doom and gloom for years in the business landscape.

I asked him about his insolvency work.

The first step when assessing a business in trouble was to assess whether it could be restructured or repurposed.

“We ask the hard questions,” the consultant said. “Is the business operating efficiently? We have to ask if it’s salvageable.”

In asking that question, they needed to take a long-term view – what are the business’s future prospects? In other words, is the business able to be competitive in any shape or form in the future?

If the answer is no, then they advise the business owner to exit and the advice goes along the lines of, “It’s better to get out today, and live to fight another day.”

They try to maximise the value of whatever assets the owner may be sitting on, within the business. If it’s better to pull the plug, they can help the owner to minimise their losses and/or maximise the sale of their business.

We all know that many entrepreneurs have failed in more than one business before they succeeded. It’s almost as if it’s a traineeship, only with greater consequences. The emotional impact of failure inflicts wounds and leaves scars for life.

The highest price to pay for business failure is by far the emotional one. Status is a feature of our modern society and Mr Senatore shared examples of just how hard it is to step back from a failing enterprise when your ego is on the line.

One client had been in the military, where he was taught that failure was not an option, so when he had to quit his flailing retail outlet, it was really difficult for him to do.

Luckily, they could on-sell it into a larger store and that client managed to re-train for another profession and get over his “failure”. He even began to learn to accept it over time.

How we are brought up brings our values into alignment and we carry these over into our business, including our belief systems. So for many these values and belief systems are the very things that hold us back, according to Mr Senatore.

Another client had issues with his social status – he lived in a top suburb, drove a fancy car, and couldn’t face the fact that he would be seen as a failure if he didn’t have those trappings of success. So, with Eddie’s help, he quietly sold the house, rented in the same suburb and sold his fancy car, buying an older model. He stepped back from all of the boards he was on and withdrew from the limelight.

Then it was simply a matter of which skills he could transfer over to another industry. It’s in the social capital arena that the failed business person can move forward.

Mr Senatore says that the values you were brought up with affect how you manage your business and your business shortcomings too. If you were surrounded with bling and an environment which had many outward symbols of success, then closing the doors and giving up these trappings, the very symbols of success, will be difficult emotionally. Similarly, if you have been conditioned, as the former military client, to view failure as unacceptable, this will make exiting a floundering business more difficult.

Mr Senatore’s toughest job is to get these people through their personal emotional barriers that failure in business presents, and that’s why he welcomes the newest initiatives in the start-up space, where the government is putting in an effort to make business failure less onerous. To encourage entrepreneurs to take risks. It’s a matter of failing fast and moving on.

But Mr Senatore’s mission statement today is to help to reduce the number of business failures. That’s not an easy task, but he’s up to it and believes it’s worth it. It’s certainly a goal worth pursuing.

Next time we’ll delve into the main reasons why your business may be failing.

One Response to When to pull the plug: An insolvency expert’s view
Filter
Showing only Website comments

Totally agree. Social stigmas associated with business failure or even the turnaround industry are often major hurdles in implementing turnaround. It requires a revitalisation of attitudes before more mature industries will start to behave like startups are.

Bill Gemmell - 57 minutes ago
That traffic in Lyons is about to get a whole lot busier with all the construction about to start View
Michael Roy - 3 hours ago
We need to create some LTNs View
HiddenDragon - 4 hours ago
"... and start frontloading infrastructure instead of just thinking about it and retrofitting when demand is overwhelming." W... View
Opinion 200

mattwatts - 2 hours ago
The fact Transit is included demonstrates this is yet another botched scheme. Venues that are still operating have missed out... View
News 7

Paul South - 2 hours ago
A broom through the whole works would be nice . The whole system is unnecessary complicated. The culture of the whole school... View
Stephen Matthews - 4 hours ago
Paul Leins You can spot ghe sky viewers here View
Breaking 21

whatwik - 3 hours ago
And speaking of Canberrans being advised to reduce their exposure while out and about ... With yesterday's ACT Govt OUR CBR b... View
whatwik - 3 hours ago
That's pretty horrible - not only did I miss out in the lottery but all I have is a scar from a rushed vaccination when about... View
chewy14 - 5 hours ago
Acton, The opposite is true. The more we read and hear, the more it shows that the risks around AZ are tiny and that the real... View
Property 24

Vicki Schramm - 3 hours ago
Marty Hoenig , actually the drinking water here is amazing. Although it did take a while to get it right. View
Breaking 1

Brindie - 6 hours ago
The decision to go into voluntary administration is disappointing for NHC clients and their patients. However, the delay in e... View
Breaking 1

Dom Polegubic - 8 hours ago
This is a good link to an intro to Croatian wines: https://winefolly.com/deep-dive/introduction-to-croatian-wines/... View
show more show less
*Results are based on activity within last 7 days

The Canberra Liberals have called for an audit of the ChooseCBR voucher scheme after the fund was exhausted within a...
Opinion 17

I'd known about it for years, even used it occasionally, but for the most part, I'd stuck to the multi-laned...
*Results are based on activity within last 7 days

@The_RiotACT @The_RiotACT
Want a new best bud? Our @rspcaact #PetsoftheWeek Buddy the dog and guinea pig Porky are looking for their perfect matches https://t.co/vtlWP23MJc (3 hours ago)

@The_RiotACT @The_RiotACT
This owner-built #McKellar family home comes with all the indulgent extras that elevate everyday living https://t.co/fXeV7HnGCL (4 hours ago)