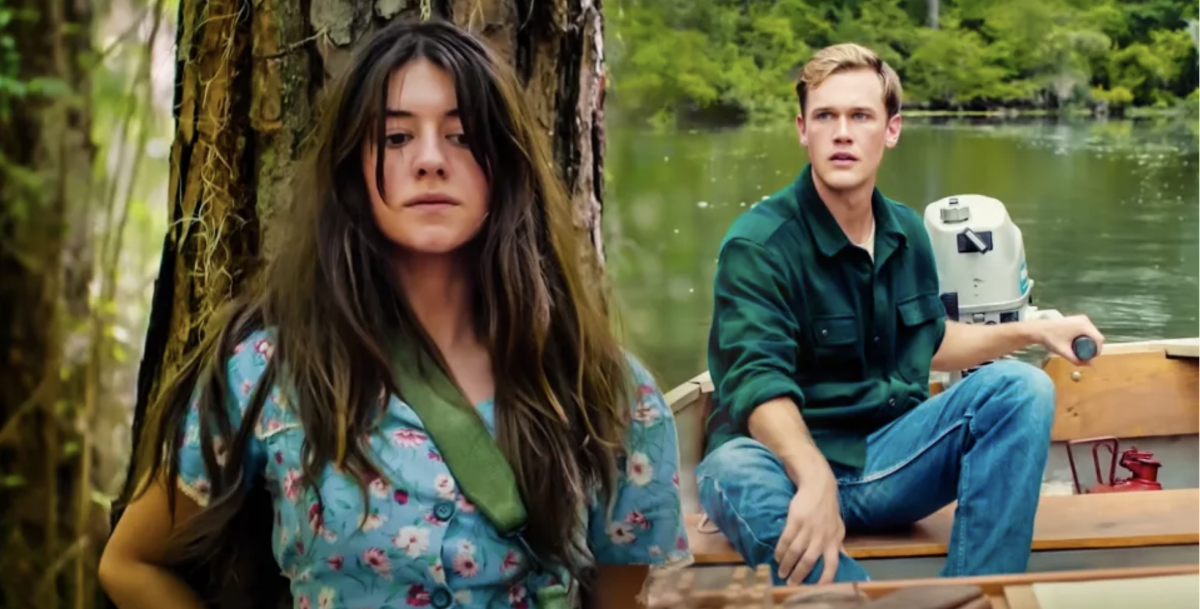 Where the Crawdads Sing is emotionally intense and multi-layered. Photo: Supplied.

Where the Crawdads Sing comprises several moving parts, great warmth and a deeper message about living in harmony with the environment.

It’s a movie about the contemplation of things, not the fast-moving thriller other critics seem to have been expecting. But that’s not an issue.

English actor Daisy Edgar Jones (Normal People) plays Kya, a young and resourceful woman growing up in the North Carolina marshlands. Her father, an abusive alcoholic who bashes his wife and children, drives them away one after another. In the end, he moves on too.

It leaves Kya in the house alone amid the surrounding swamplands.

In a turning point during her teenage years, she gets lost on her boat and meets her brother’s former friend Tate Walker (played by Taylor John Smith). They immediately strike up a connection.

He teaches her to read and it becomes apparent her drawing skills are so exceptional that she will one day become a celebrated and published author.

It’s clear from the start Tate is in love with Kya. Tate’s younger and older self (Luke David Blumm and Sam Anderson) bring incredible warmth to their respective roles.

But Tate has to move away for university and Kya, heartbroken, falls in with gadabout Chase Andrews, a local football star from a wealthy family.

Chase is then found dead at the bottom of a fire tower, and Kya is immediately charged with murder. We later discover Chase had been abusive to Kya (the timeline slips around a little during the narrative).

But before the case comes to trial, we see Kya’s deep love of nature and drawing, and her resourcefulness. This gives the film its heart and central purpose, celebrating the environment and how humans can live within it without destroying it.

Kya’s incredible naturalistic artwork is breathtaking and the real artist should be applauded.

It’s apparent during the trial, the prosecution’s argument carries no substance. But Kya, as is obvious from the start, is considered an outlier. Her only real family is local African-American couple Jumpin’ and Mabel Madison who own the swamp river store. Played with emotional warmth and compassion by Sterling Macer and Charlene Hyatt, the cast also features the wonderful David Strathairn (Tom Milton, Kya’s defence lawyer).

As for the crawdad title, it refers to the original book in which Kya’s mother would tell her to “go as far as you can – way out yonder where the crawdads sing”. There’s also a metaphor at play with the crayfish possessing incredible strength and an almost impenetrable husk, but vulnerable with its soft belly.

Without drawing mawkish comparisons, the film’s central character is much tougher and more accessible than we think and the journey is worth exploring. Daisy Edgar Jones and Sam Anderson bring great talent and passion to this film and provide a huge treat. Four out of five lobsters.

Where the Crawdads Sing is at all major cinemas.

Lovely production but who could understand them?

Yes! We loved it.