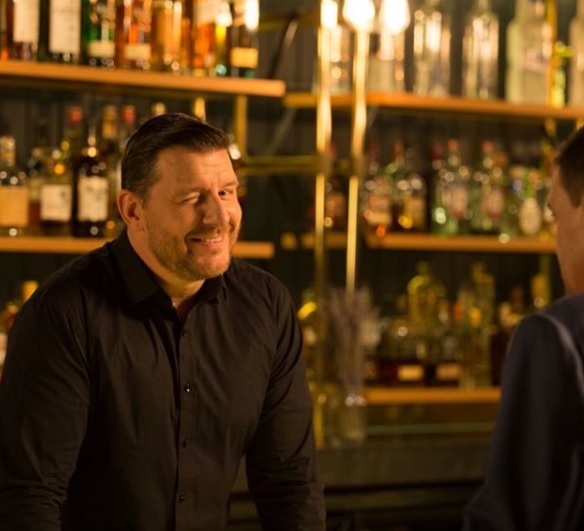 This week, My Kitchen Rules judge and world-renowned chef Manu Fieldel uploaded an Instagram post that may have caused those browsing lazily through their social media in a public vicinity to hastily hide their phones. It seems to be of a pastry dish with a cream filling, but its suggestive arrangement is what got people talking. You can see it for yourself here, but careful when and where you decide to open it – it might remind you of something in ‘par-dick-ular’.

So was this just for jest? Do we chalk this up to French humour that we don’t quite understand?

Turns out, it’s actually humour for a cause. Manu joins a growing collective of celebrity chefs and food bloggers – like Better Homes‘ Fast Ed, Simon Leong, Ainsley Harriott and others – who are using their public platforms and, with a bit of creative flair, drawing attention to a serious cause.

The social media campaign, titled ‘Rude Food’, was launched on Tuesday (12 February) by the Australian and New Zealand Urogenital and Prostate Cancer Trials Group (ANZUP) and is an attempt to raise awareness about critical research trials into preventions and treatments for testicular, penile, prostate, kidney and bladder cancers. It also hopes to encourage more men to get themselves checked before it’s too late. 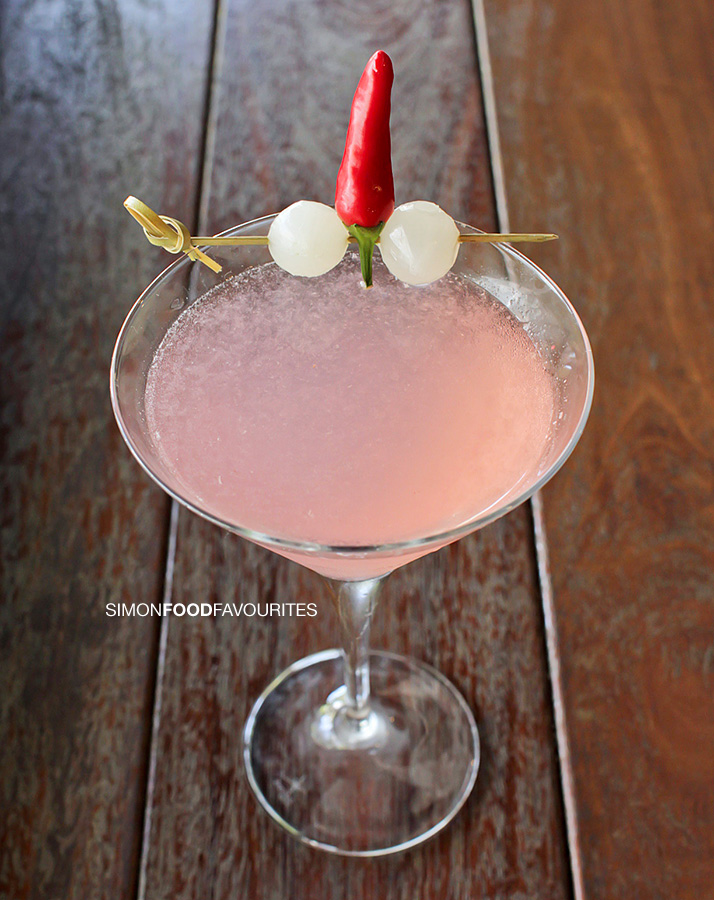 “People find it awkward to talk about prostate and bladder cancers, so we thought of a light-hearted way of bringing attention to it and asking people to have more consideration for their health ‘downstairs,'” a spokesperson for the campaign told Region Media.

“Food is one of the most shared posts on Instagram, so we thought this would be a great way to connect with people and to get celebrity chefs to prompt discussion.”

The spokesperson says the reception so far has been “awesome” and the chefs are also not shy about sharing recipes for their ‘naughty nibbles’. 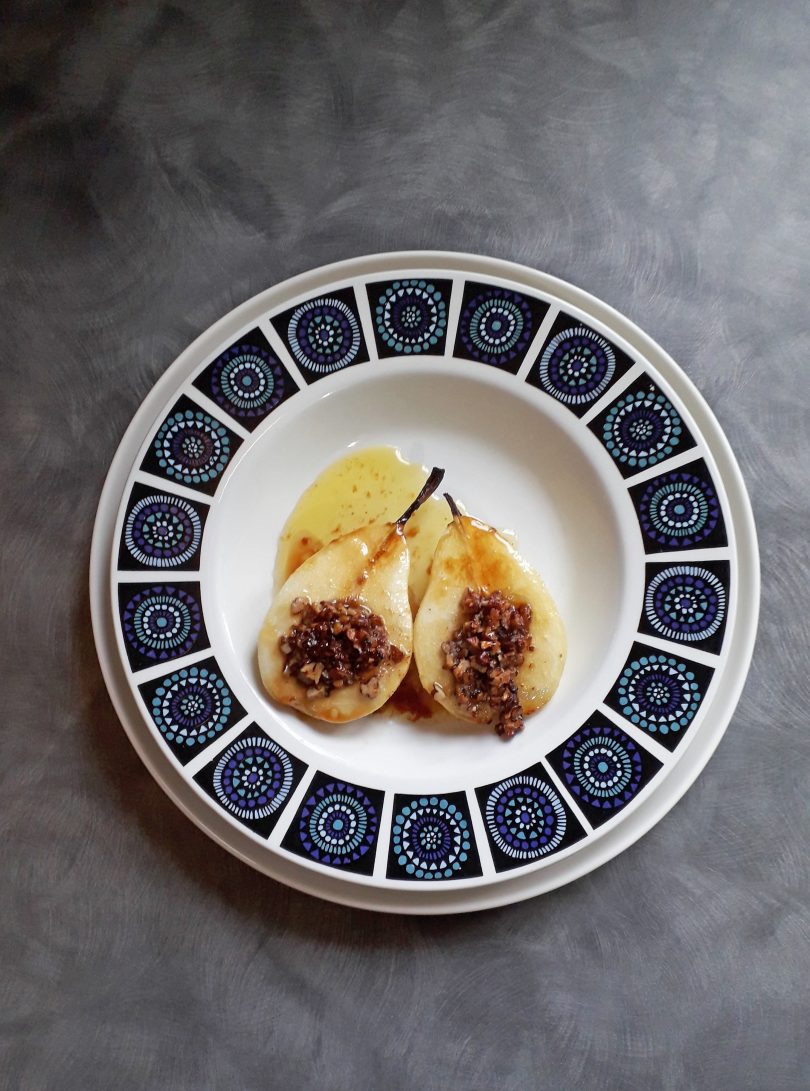 Ainsley Harriott’s pear dish looks too good to dig in to!

Chefs from Canberra are yet to jump on the Rude Food bandwagon but Ms Robertson is imploring them to do so. It isn’t just the chefs that get to have all the fun, however; the campaign is open to anyone. All you have to do is come up with your own quirky dish (the more suggestive the better) and share a picture of it on Instagram tagging ANZUP (@anzuptrials) and use the #RudeFood hashtag. That’s all the permission you need to go play with your food!

And while you go wild in the kitchen, it wouldn’t hurt to book an appointment for a checkup.

If you’re in need of some culinary inspiration, here’s Fast Ed’s recipe for Pork and Duxelle Meatballs, to get you started. 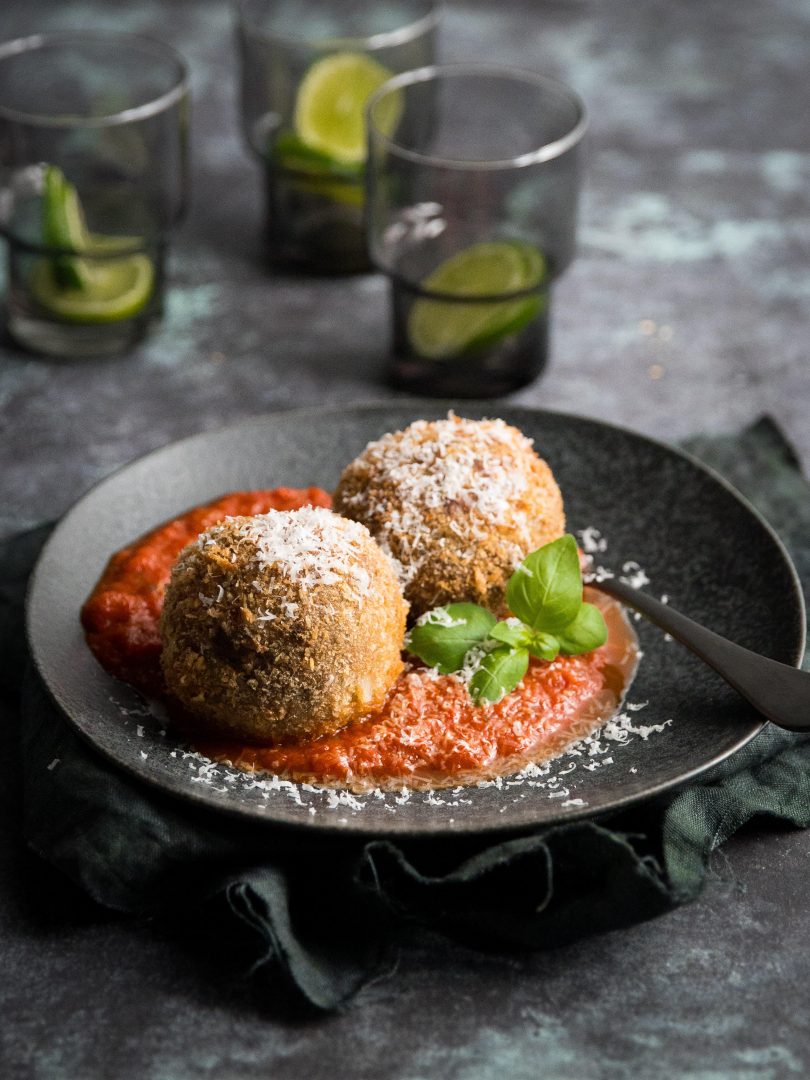 1 Preheat oven to 180°C. Sauté the onion in extra virgin olive oil in a medium saucepan over moderate heat for 5 minutes, until softened. Add the garlic and Herbes de Provence and cook for a further minute. Mix in the mushrooms, then cook gently for 10 minutes, until the mixture is beginning to dry out. Set aside to cool.

3 Mix the Provolone and cream cheese, form into eight small balls, and insert one into each meatballs, pressing the mixture around to seal. Roll in flour and shake off the excess. Beat the remaining eggs and dip the meatballs, then coat in panko breadcrumbs.

4 Fry in hot (180°C) vegetable oil for 5 minutes, until golden, then transfer to a wire rack over a roasting pan and bake for 6-7 minutes, until firm to touch. Serve with tomato sugo and finely-grated Parmesan cheese.

Emily Grace - 19 minutes ago
Martin McMaster True. What about the casual dates, long distance relationships etc? Are they meant to be the "oppressed" or "... View
Rachel Lemon - 28 minutes ago
Karen Baldwin ask them ‘which husband?’ Their faces will be priceless! 😂 View
Linda Stapleton - 38 minutes ago
no matter what perspective you view this from, there will always be someone who will tell you it is incorrect... not everyone... View
Food & Wine 7

@the_riotact @The_RiotACT
Draft terms of reference for the #OrroralValley fire inquiry reveal it will likely explore the operation of an Army #helicopter, the light of which may have sparked the devastating #blaze, and the actions of its crew https://t.co/eWk0EVq9B2 (36 minutes ago)