Why the NCA can’t sell the ‘Lobby’ 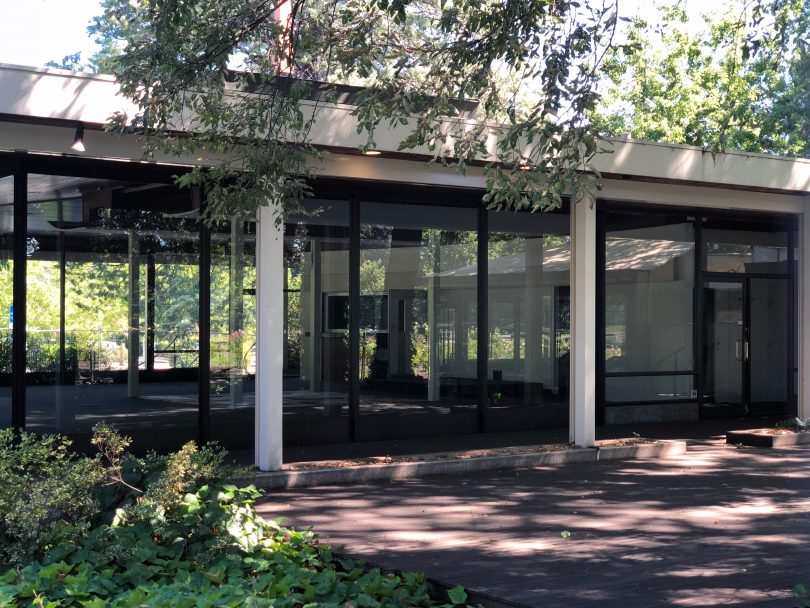 It may be listed for sale as an opportunity to purchase one of Canberra’s most well-known restaurants, cafés and function venues that has a has a widely recognised and valued brand name, but the former business operator says ‘The Lobby’ isn’t the National Capital Authority’s to sell.

Bruce Gibbs said he owned the name ‘The Lobby’ and all intellectual property associated with it, and accused the NCA of using the name as a carrot to potential purchasers.

“They have been completely disingenuous in selling a block of land as a business entity which it’s not. I’m the business entity. I own the Lobby Restaurant, the name. I own a company, I paid $300,000 for the goodwill, and still run a website,” Mr Gibbs said.

He said the NCA never owned the Lobby Restaurant entity, which was named by the first the first group of licensees.

The NCA disputes this telling The RiotACT that the building had been owned by the Commonwealth and known as ‘The Lobby Restaurant’ prior to the previous business owner’s licence agreement.

But Mr Gibbs said the NCA had acknowledged his ownership of the IP in an email last year when it was preparing to put the property on the market.

“In regards to the URL and website licence, this is something that the perspective (sic) buyer can negotiate directly,” the email said.

Mr Gibbs, who has advised the agent, said he did not want to engage in any sort of dispute but when a prospective buyer contacted him and was not aware that the NCA did not own the name, he believed the matter should be clarified.

“It’s only fair on the people who want to buy the business to know that they are not paying the landlord a premium for something that the landlord can’t sell,” he said.

“I’m not saying the IP has to be sold or someone has to buy it from me but it’s misleading for them to suggest that they are selling something that they don’t own.

Mr Gibbs said he would prefer the building become a permanent site for the tent embassy, with which it has a had long history.

“I would be very pro the tent embassy having a permanent address to talk about their cause in Australia,” he said.

The property listing from the agent, Civium, says: “On behalf of the Commonwealth, the National Capital Authority is seeking Expression of Interests to purchase The Lobby.

“The property is located within the Parliamentary Zone and has a brand name that is widely recognised and valued. The Lobby built in 1968 is an elegant architecturally designed pavilion overlooking the National Rose Gardens that has a rich history associated with Old Parliament House.

“The sale of The Lobby restaurant provides hospitality operators the opportunity to purchase one of Canberra’s most well-known restaurants, cafés and function venues. It has hosted a range of political events, weddings, corporate functions and dinners over its lifetime.”

Expressions of interest close at 3 pm on 15 March.

Mr Gibbs is entirely right. The lease was intended to be a “snacks and light refreshments” concession for tourists. The initial purchaser was smart enough to think to build a restaurant there, and I believe the Commonwealth attempted to object at the time, on the basis that the lessee was overstepping the original intention. However, there were holes in the lease wording that allowed the original purchaser to proceed. So yes, the idea of the Lobby, the IP etc should definitely stay with the business risk-takers from then on.

This fact had been alluded to in a previous thread: https://the-riotact.com/nca-puts-historic-lobby-restaurant-on-the-market/232704

I support Mr Gibbs in everything he says and he is aware that if he wants to take on the NCA or the ACT Labor government he will have to search far and wide for legal representation as local lawyers won’t be interested.

Judi Pearce - 17 minutes ago
Thanks to this special lady ! I have one of these blankets exactly as pictured. My dear mother (Ollie Dyball) purchased it fo... View
Opinion 29

Helen Brinsmead - 7 hours ago
Are they? Are they really? For a city state of 400 000 they're pretty good. Been to Geelong, Launceston or Elizabeth lately? View
Ryan Molyneux - 7 hours ago
Helen Brinsmead and that's exactly why our local council facilities, health services and education services garbage. View
Michael Roy - 7 hours ago
I strongly argue for paid parking to be used for local public realm. Eg paid parking in Braddon should be used for beautifica... View
News 4