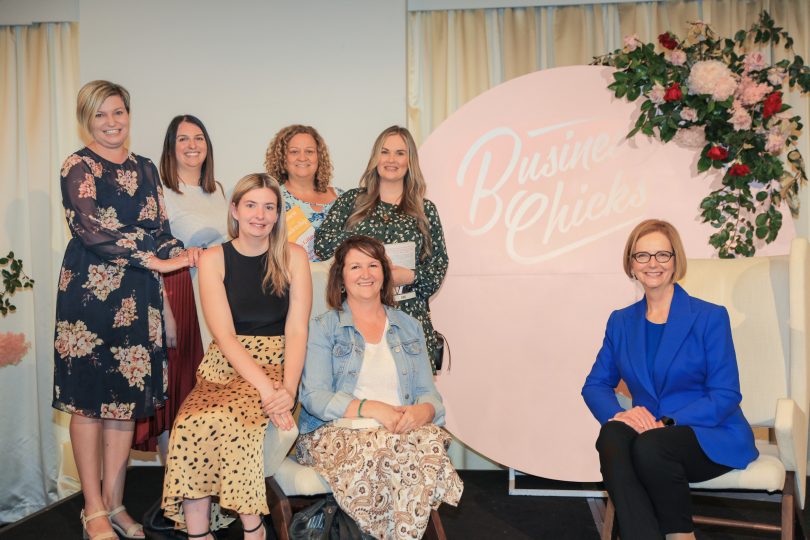 After all the news stories of late, do women really do support other women in the so-called ‘Canberra bubble’?

A contingent of around 150 Canberran business women, who were very much in need of some inspiration, attended a recent International Women’s Day breakfast with former Prime Minister Julia Gillard.

The event was hosted by Business Chicks, an organisation aiming to connect, nurture, empower and inspire women working in both the public and private sectors. Business Chicks is looking for a world of business that is more reactive to women’s needs, including those of working mothers.

Founded by Emma Isaacs in 2006 after she attended a breakfast run by what was then a small not-for-profit networking group, today Business Chicks has 44,000 members and runs more than 100 events a year in 11 different cities.

In keeping with this year’s theme, #ChooseToChallenge, the lead speaker was Ms Gillard, Australia’s first and only female prime minister, who is an example of someone who constantly chose to challenge gender bias and inequality.

In attendance at the breakfast was a large group from one of Canberra’s leading insurance brokers, allinsure, which included Lara Morgan, Krisy Maricic, Toni Morrison, Jessica Waldron and Sarah Townsend. Among their invitees were Nina Cannell from Signature Strata, Anna Trundle from Keep Co, Deb Williams from A Counting Edge and Georgie Rogers and Noelia Pinto from MGI Joyce|Dickson.

“The event was a wonderful morning spent with our referral partners while listening to Julia,” says Allinsure partner Lara Morgan. “She is such an inspirational woman and her message is powerful.”

“It was a really well organised morning, and the food, as well as the buzz in the air, was fantastic,” she says.

Toni attributes the buzz to the star power of Ms Gillard, who was also promoting her new book, Women in Leadership: Real Lives, Real Lessons, co-authored with Ngozi Okonjo-Iweala.

The book traces the experiences of female world leaders including Jacinda Arden and Hillary Clinton, and looks at the effect of gender on a woman’s access to leadership positions.

READ ALSO: Rebuilding your business in the ‘new normal’

Toni says the one thing that resonated with her from the talk was that no matter the diversity of the women in Gillard’s book, they all shared something in common.

“From a young age, all those female leaders, no matter their socioeconomic status or background, had been told they could achieve whatever they wanted,” she says. “Nobody had ever put up barriers to success in front of them.”

Toni says conversations between mothers and daughters are particularly important as safe spaces for encouragement and empowerment.

“I grew up in a family where there were seven children and none of us were ever encouraged to be anything but unique,” she says. “Mum understood we were all different and it was never a conversation centred on ‘no you can’t’, but rather ‘yes you can, and you should do whatever makes you happy’.”

Toni says she’s been fortunate in her career to have found roles where she’s been mentored by supportive colleagues, both male and female, and surrounded by non-judgemental women who lift up each other. 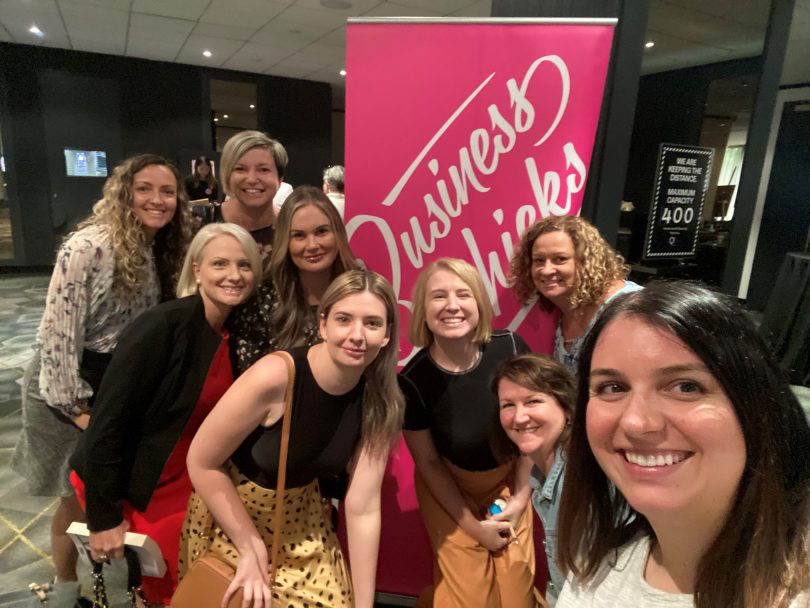 Toni Morrison (third from right) says she has been fortunate to have a community of supportive women around her. Photo: Supplied.

“Despite the insurance industry being a lot of hard graft, it’s also a very social space where I have met a close-knit group of friends,” she says. “These days, many of our children hang out.”

When asked what advice she’d give to a woman starting out in business today, Toni says: “Don’t be afraid of asking for help when you need it. After all, nobody gets very far by being a Robinson Crusoe. And I’d tell young women in particular to stand by their convictions and be true to themselves.”

Steven Harris - 6 hours ago
Or an ordained minister of any religion or a military person who has ever held a rank above Major or equivalent. View
Stephen Saunders - 12 hours ago
"Remove the monarch and replace GG with president appointed by Parliament." Too right, Ian, it's our only shot. Do we need to... View
Finagen_Freeman - 13 hours ago
Haha you don’t need a head of state. You just need a leader. The current prime minister is anything but prime. Don’t be f... View
Courts & Crime 4

JC - 8 hours ago
Problem with the medical world is balance or probabilities doesn’t cut it. How many times do you read of people who have be... View
JC - 8 hours ago
The only problem with your theory and quoting the average age of deaths, is those deaths have happened in an environment of r... View
phydeaux - 11 hours ago
While reading here, I noticed that among the usual weird facebook views there was a journal reference, so I looked it up. Dea... View
News 39