Why you need to know Canberra’s Hockeyroo Kalindi Commerford 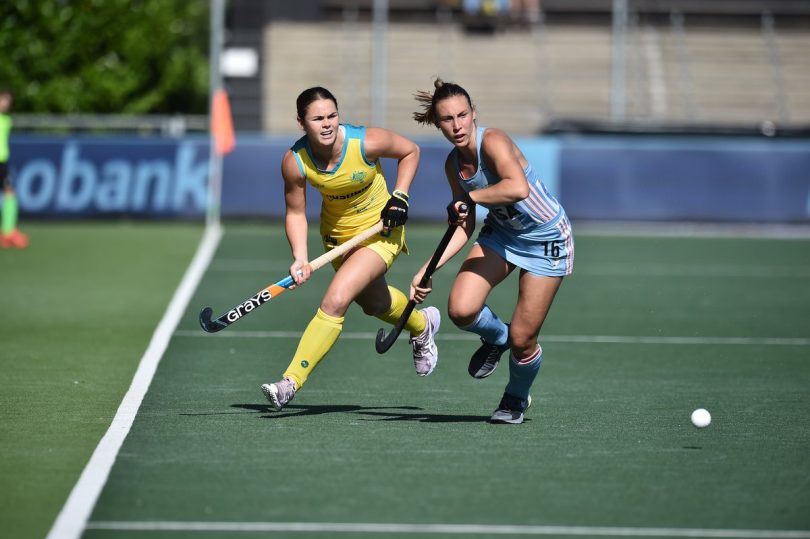 Kalindi Commerford has a unique perspective on many issues – and she isn’t afraid to express them.

The Canberra Chill and Australian hockey player who made her Hockeyroos debut in 2016, is close to graduating from the University of Canberra with a double Bachelor’s Degree in Communications, majoring in Journalism and Law.

The determination displayed in her comeback from a severe knee injury in 2015 is something she credits for her elevation to the Hockeyroos. “There was a lot of learning involved in my ACL rehabilitation. Before the injury I didn’t know how hard to push myself.

“My time in rehab helped me understand what I could do.”

Kalindi is one of the star attractions in the new Hockey One competition, which aims to energise the sport in Australia. Think of it as the hockey equivalent to 7s Rugby and Big Bash Cricket.

The hope is that it promotes hockey and the individual players through greater exposure.

The Canberra Chill men’s and women’s teams will play six games from 29 September, before playoffs in November. The Chill will play three games in Canberra, the first against the Brisbane Blaze on the first day of competition.

“I think the hope of Hockey One is that it will make the sport more visual, because it’s a team sport, and it’s hard to promote individuals. We need to promote personalities within our game,” Kalindi says.

Kalindi has thought about how she would like women’s hockey to progress now and into the future: “We shouldn’t have to undersell ourselves. Women often have to do too much to gain attention within their chosen sports. Sometimes I think there is too much attention on vanity and not enough on the actual achievements of sportswomen.” 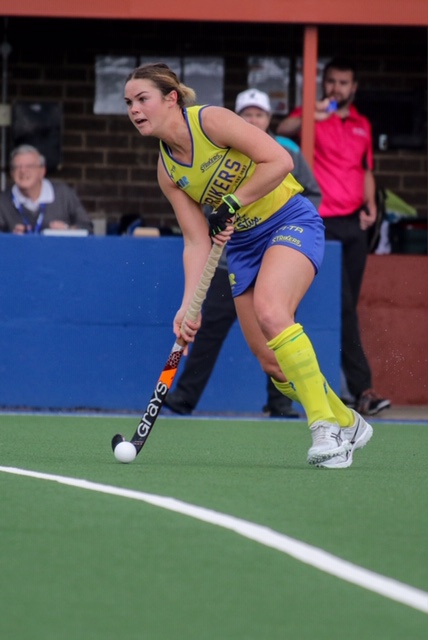 Kalindi made her Hockeyroo debut in 2016.

She is interested in seeing how sportswomen accommodate their passion for their chosen sport while juggling other commitments, and what the sports community could do better.

“We need to find a way to support semi-professional athletes who want to start a family,” she said. “There is still a fair way to go in terms of equity. There’s a big gap in the system. Athletes are having to leave their sport for good because there is limited support.”

Although she is an exceptional hockey player, she says she operates best when the focus isn’t entirely on hockey, hence her busy life and her double degree.

Kalindi says she has always been an advocate for things outside Hockey. “My goal is to find a niche area and drive policies behind the scenes. If I can finish my working career having changed lives I will be satisfied.”

She still has plenty of time to identify that niche area. For the time being, at 25 years of age, her focus for the next 12 months will be on making the Australian team for the Tokyo Olympics.

After that, watch this space.

Thanks much for the update, Tim. Hockey news is as rare as a truth from the lips of the prime minister. Not chill, about the name Chill, but we’ll be there.

Josh Shirley - 59 minutes ago
I had a 3 bedroom 2 bathroom townhouse in Melbourne 30mins from the city and the mortgage was $200 a week cheaper than any re... View
Vanessa McIntosh - 1 hour ago
Remi Fletcher Yvette berry ignores anything that makes her look bad If I was Kerry-Anne I’d be talking to Mark Parton MLA View
William Coats - 2 hours ago
Yes if a house is left empty in the ACT the owner is liable for land tax. View
Lifestyle 18

Anna Flanagan sticks with hockey in the capital

Olympians unleashed in schools across Canberra