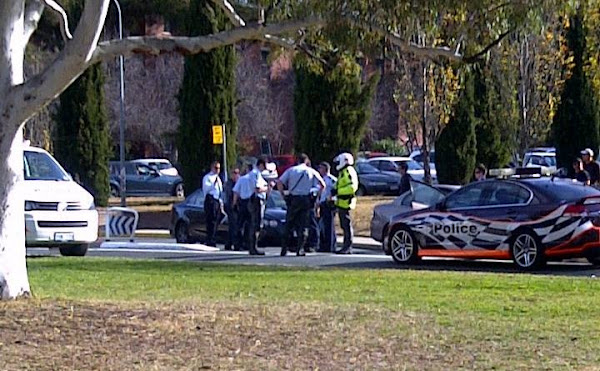 A 21-year-old Braddon man will face court this morning after leading police on a chase through Canberra yesterday afternoon (Monday, May 27).

About 1pm ACT Policing’s Criminal Investigations detectives attempted to conduct a vehicle stop on the driver of a silver Subaru Impreza.

The driver fled from police, travelling from Weston to Daley Road in Acton, where he abandoned the car and ran off on foot.

Police recovered a firearm a short distance from the vehicle along with a key to the car.

A short time later, witnesses saw a man matching the description of the alleged offender getting into a gold Holden Commodore on Daley Road in Acton.

Police stopped the vehicle and arrested the passenger who was taken to the ACT Watch House. 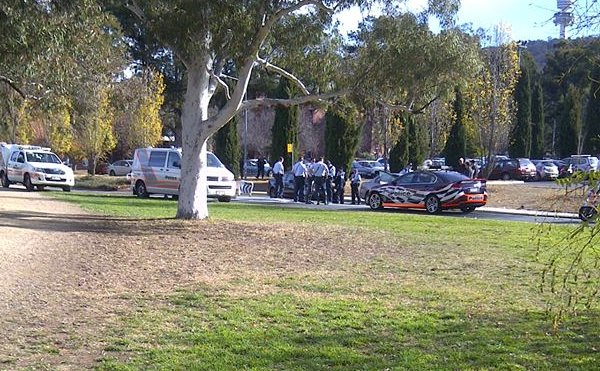 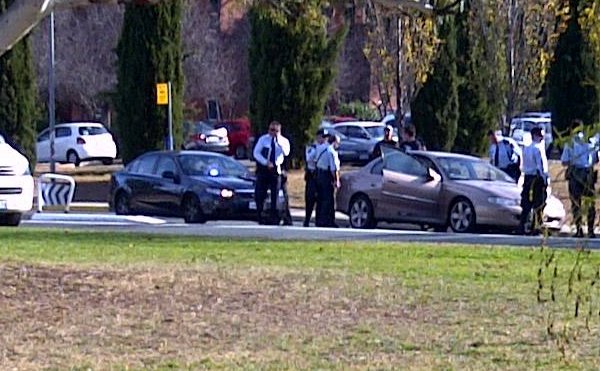 “Do you know who you’re dealing with?………Well, you’ve probably never heard of me!”

The very same person who allegedly waved a .357 around at a servo in Hume two weeks ago when during a fight he said “Do you know who you’re dealing with?” He’s been watching a few too many ‘Dirty Harry’ movies methinks.

Gold Holden Commodore… Bogan posse wanting some “style”. LOL.
Is that a bit of an overkill, like having gold-plated handgun covered in diamonds?

EJ Fallon - 11 minutes ago
oh you mean that the tenants should be able to stay there in the upgraded units paid for by the taxpayer? View
EJ Fallon - 20 minutes ago
Robert Knight - Canberra Progressives for Murrumbidgee does that ever not happen? View
Michael Drew - 45 minutes ago
Vickie Quinn eventually?!!? Hasn’t the total amount of public housing gone down in recent years. Does Labour care?... View
News 29

Souhair Naoum - 16 minutes ago
Margaret Dudley love the idea and it can be done from home 👍... View
Emma Davis - 3 hours ago
And you are 100% correct! View
Heather Rattenbury - 6 hours ago
Put the call out... there are probably 100’s of people out there that could help with this View
News 20

Penelope Pollard - 50 minutes ago
I have beautiful handmade ones that were lovingly made by my mum and sister in lockdown in Melbourne..get sewing people! View
Kate Goldsby - 2 hours ago
Wendy yeah I won’t bother making them I’d just pay someone, but yes, I need to get some For everyone View
Ãine Ní Tighearnaigh - 4 hours ago
Better to be proactive and wear a mask to reduce the risk. Many people just don't observe the Physical Distancing requirement... View
News 20

Ray Young - 1 hour ago
I remember that... it rocked us all... View
Gabriel Spacca - 2 hours ago
I’m shocked. Shocked I tell you.* *May not contain actual shockedness.... View
Russell Nankervis - 2 hours ago
I lived in Bathurst at the time but came for tertiary open day in 2010. Had to drive up the round a bout in Mitchel to get ar... View
News 26

Bill Gemmell - 1 hour ago
I will certainly look at it but am worried this proposal will lead to price inflation from suppliers and installers. View
Robyne Mitchell - 1 hour ago
Clinton Berry yes they can better preparation of road base in the first place View
Jack Hearps - 1 hour ago
David Jackson and 'muppets' show is copyright by ScoMoses for the LP ... remember Turnbull debacle when looney religious zeal... View
News 5