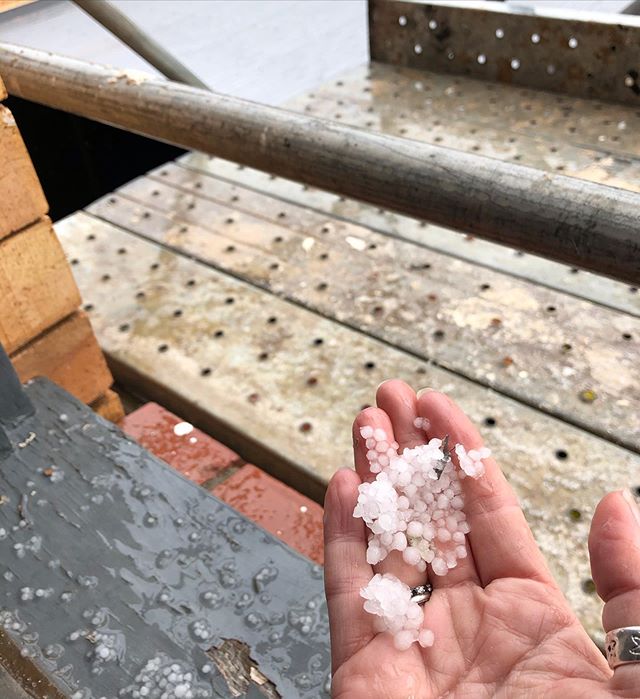 Hail at Kingston hit just as the last of the screws went into new roofing to repair damage from January’s hail. Photo: Kingston-Barton Residents Group.

Storms overnight and this morning are bringing havoc to Canberra, with fallen trees causing power outages across the Territory earlier today (19 August).

Outages have been reported in Watson, Belconnen, Higgins, Holt and Strathnairn, affecting approximately 1200 customers. Crews have restored power to most of the affected suburbs although EvoEnergy reports around 45 customers are still without power in Latham as at 1:00 pm, as well as some customers in Watson.

Crews are working to restore power. 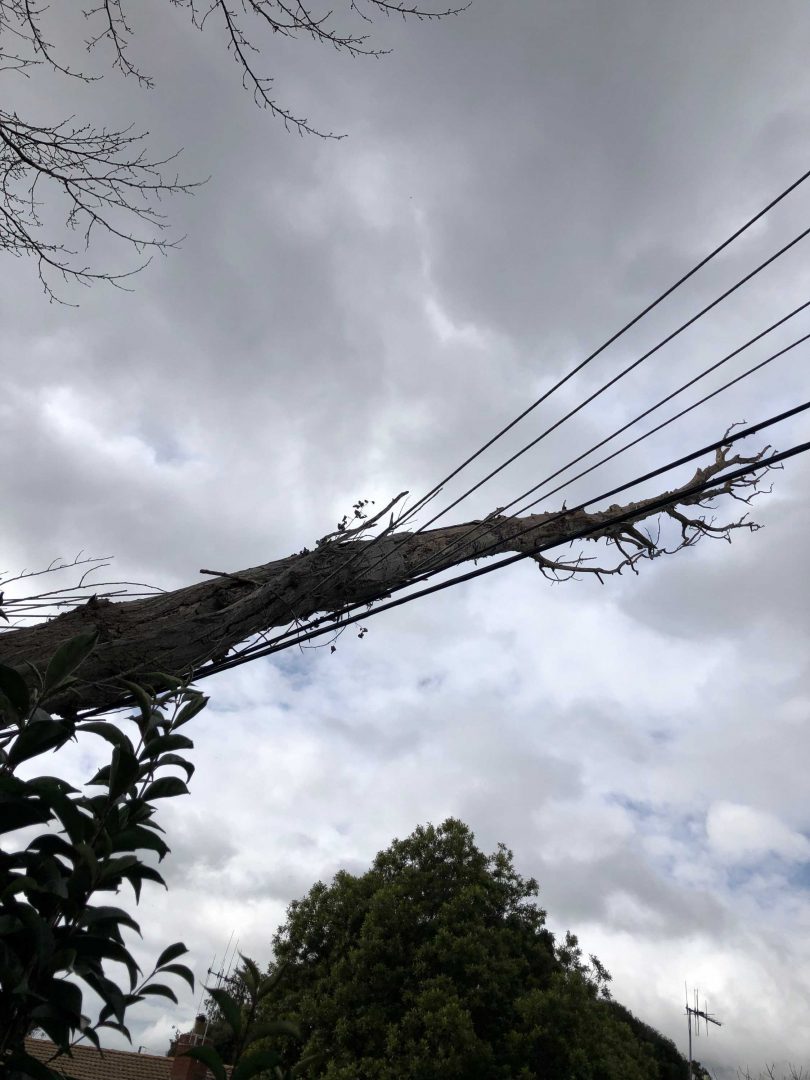 A fallen tree that caused an outage in Latham today. Photo: Evoenergy

Medium-sized hail has been reported in Kingston, while emergency services have also responded to storm and tree damage in Griffith and Dickson.

One resident sent photos of a hail storm this morning, noting that the hail fell just as the last of the repairs were being made to roofs damaged by January’s hailstorm.

The weather is also causing a number of closures to ACT Government facilities, including Googong Dam which is closed to recreational users due to high winds. It will likely reopen on Friday.

Strong winds are forecast today, with an even stronger cold front hitting the region tomorrow. Snow is predicted to fall below 500 metres on Friday and Saturday.

Malcolm Roxburgh - 32 minutes ago
The ACT did NOT vote for self government be Liberal or Labor. View
JC - 56 minutes ago
They did tell people. They had electronic signage weeks either side of the change and they have 3 months grace. As I said to... View
JC - 59 minutes ago
It was more than a month ago the limit changed. When they made the change they gave 3 month grace of not fining anyone. View
Community 97

Alex Swalling - 2 hours ago
Yup and there is a gov house that has been empty for over 3 months. 3 bedroom in Charnwood. Total waste! A needy family could... View
Community 101

Buildings and intersections hit by power outage in city

Power, communications could be out for days along fire-damaged coast

@The_RiotACT @The_RiotACT
Can you really train a dog to love the 'cone of shame'? Or a horse to come when called? Sure can! Jade Fountain's even trained chickens and orangutans, and become mates with a hippo! https://t.co/DJk7lcjDGs (36 minutes ago)