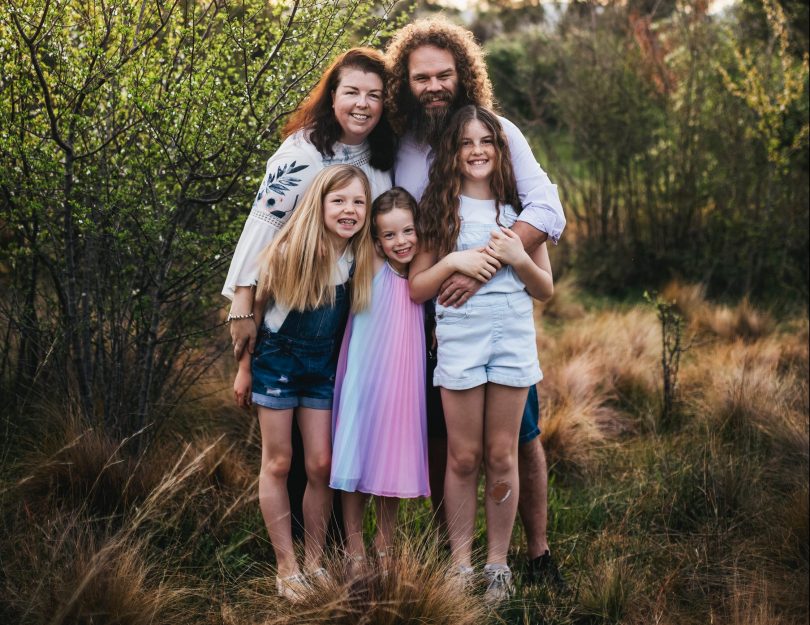 Bec Duncan’s mother and grandmother were nurses so naturally she’s always felt strongly about being an organ and tissue donor. However, it wasn’t until she was diagnosed with multiple sclerosis (MS), aged 38, that she considered donating her brain for research.

Brain banks exist in NSW, Victoria, Western Australia and South Australia, and are open to people living with brain disorders, diseases and injuries. However, they also need people with typical brain function to donate their brains as research controls.

For the mother of three young girls from Yass, donating her brain was, simply put, a no-brainer (excuse the pun).

“People with MS generally live as long as anyone else, but your brain can be used for MS-specific research at any age.”

There are a lot of unknowns when it comes to MS, including what causes the condition, which interferes with nerve impulses within the brain, spinal cord and optic nerves.

Bec had no family history of the condition, although family members now suspect her great-aunties may have had MS.

The other thing about people with MS is they can’t donate blood in case the condition can be passed between people.

“As soon as it became clear I had MS, I had to stop donating blood, which I’d done for 20 years,” says Bec. “So I was thinking if I can’t do that, what can I do?

“So I made sure my normal organ donation information was up to date, but they may not be able to use those either. Then somehow I heard about donating your brain for research and I thought, ‘That’s something I can do.’” 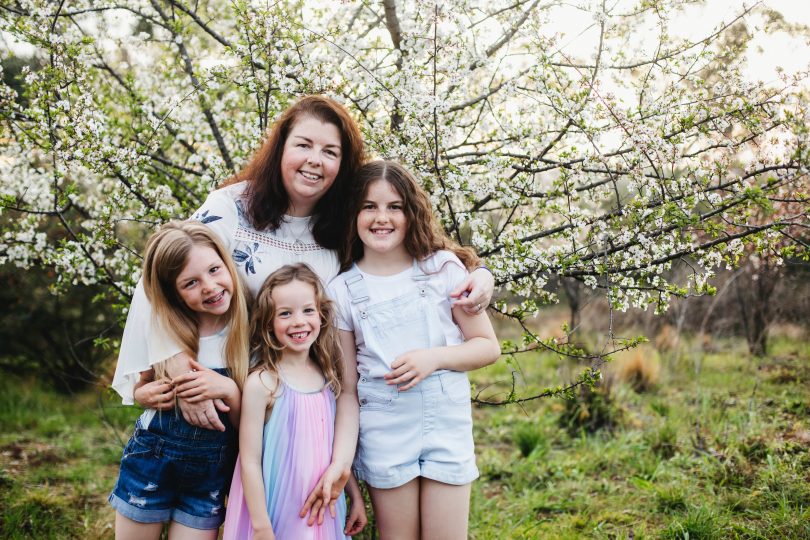 Bec has donated her brain to the MS Research Australia Brain Bank, which will use her brain specifically for MS research.

She filled out the form provided by the brain bank, which was only about two to three pages long, and shared her decision with her husband, Jamie, and their children, Matilda, Elsie and Elizabeth.

Jamie is also an organ donor so he supported Bec’s decision and signed the form to acknowledge that. Bec carries a card in her purse to say she wants her brain donated to research in case she is in an accident.

“I’ve got three girls, and three out of four people with MS are women,” she says. “Nobody knows why, but when men get it they tend to get it really severely, really early. Whereas in women, it tends to get more progressive over time. There’s a lot of research going into that and if my brain can help some of that, all the better.”

Bec experienced MS-like symptoms for about four to five years before diagnosis. She felt tired all the time and had pain in her wrists and legs.

“I was always tired, which is normal when you have three children aged under five, but it was more than that – I knew something was wrong,” she says. “I kept tripping over flat ground and then one weekend I went blind in my left eye.”

Bec thought something was in her eye, but her optometrist recognised something more serious was going on. She was sent to see a neurologist in Canberra who ordered an MRI (magnetic resonance imaging).

The neurologist told Bec that going blind in one eye – called optic neuritis – is often the first sign of MS in women aged in their late 30s. The MRI confirmed this.

The now 41-year-old’s quality of life isn’t quite back to how it was before the diagnosis, however it has significantly improved since receiving medication.

Bec is able to work full-time as a public servant in Canberra, volunteer and enjoy a reasonable quality of life with her family.

She prays her three daughters never receive an MS diagnosis, but she is now better prepared to walk someone else through it.

Bec could even contribute towards an MS treatment in the future by donating her brain.

To find out more about donating your brain for research, visit the Brain Foundation.

For more information about donating your organs, visit DonateLife. 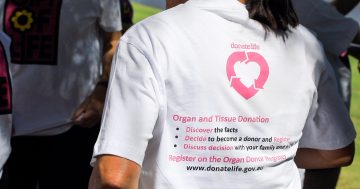