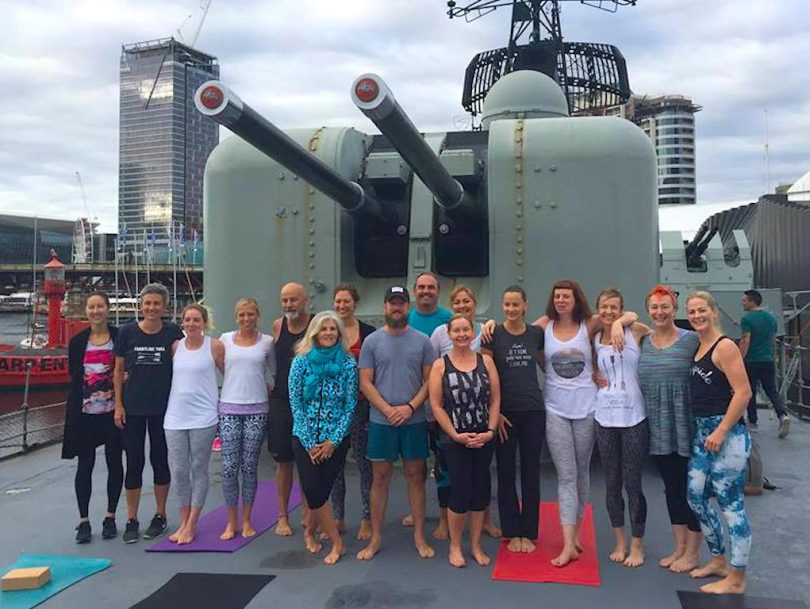 Being told to take a deep breath and just relax as you stand in front of a fire emergency, or serve with Australia’s military is not something you will hear in the same sentence.

These frontline emergency service personnel are the first responders when an emergency hits. Now, there is an organisation making sure they not only take a deep breath and relax, but deal with the trauma of serving on the front lines of the community.

When the founder of Frontline Yoga and former Army combat engineer, Chris Thompson-Lang, found just 90 minutes of peace during his first yoga class in Kingston, it was a watershed moment that changed his life.

“I was able to stretch and bend in all these positions and it suddenly took me away from everything I’d seen in the military,” says Chris.

His first yoga class led to 12 months of daily practice, and Chris said the changes in mind and body were profound. That led to the formation of Frontline Yoga, which offers free yoga classes around Australia for personnel that serve or have served as police, firefighters, paramedics, military, healthcare or volunteer emergency services workers.

“All classes are suitable for beginners, taught with clear instructions and are particularly suitable for people that may be experiencing chronic stress, depression, anxiety or post-traumatic stress,” says Chris, whose personal experience is typical of many.

Chris was diagnosed with post-traumatic stress disorder (PTSD) 18 months after returning from active service in Afghanistan in 2013. Soon after, his marriage broke down. He was drinking alcohol regularly and held on to the lifeline that his career in the military provided.

After a long absence on medical grounds, Chris was discharged in 2015.

“During that time, I recognised that I had really good quality medical staff who explained to me what was happening neurologically,” he said.

So began a deep dive into the benefits of yoga to become a qualified instructor. Chris also worked with the Soldier On organisation and others before he formed Frontline Yoga in October 2016. 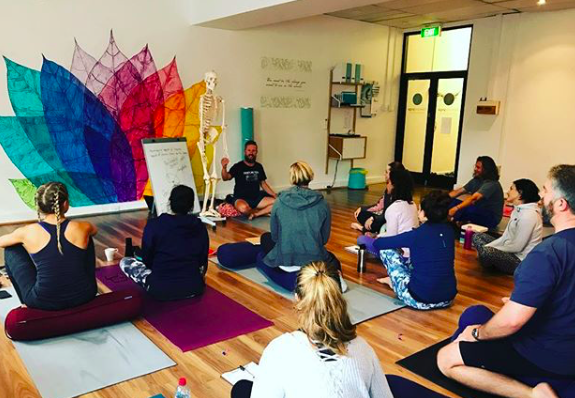 “We’ve also run training for more than 250 yoga instructors, 14 of whom are delivering yoga classes every week. We’re also about to run our first 200-hour training course to become a fully qualified yoga teacher,” Chris says.

The training is done at the Byron Yoga Centre in Byron Bay on the NSW north coast. Further training will occur here in Canberra in November.

“It’s entirely voluntary,” says Chris. “We focus on offering free yoga classes for anyone who wears or has worn a uniform. We do open our doors to anyone in the community but just ask them to pay a donation.

“We’ve got section commanders and team leaders bringing their teams in for weekly yoga classes. They recognise the importance of health and the benefits of regular yoga to their physical and mental wellbeing.”

David Pang spent 25 years in the Royal Australian Air Force and finished his career as the photographer for the Chief of Air Force. He now teaches a weekly class through Soldier On at the Robert Poate Reintegration and Recovery Centre in Crace. Robert Poate was a Canberra-born soldier killed in action in Afghanistan in 2012. He was 23 years old.

David says the yoga classes are highly beneficial and have broadened his understanding of the power of yoga.

“I see the classes as a positive service to the community for the people who have served our country. It shows them how to slow down a bit and help themselves,” David says. 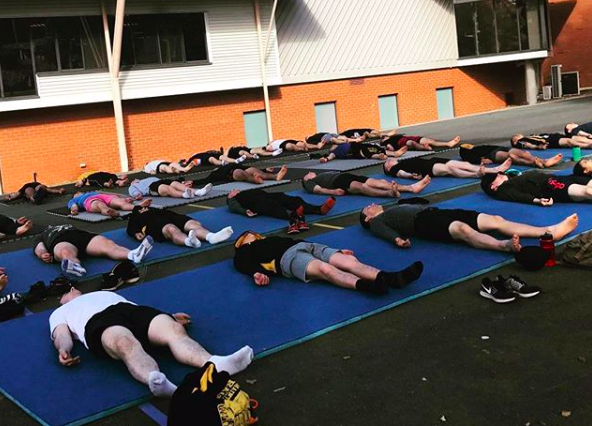 Steve Aust - 20 minutes ago
Colin Parton tell 1 story here View
Louise Flint - 50 minutes ago
James Daniels I was sent there for advice before I took a redundancy package. They ignored my superannuation and taxation que... View
Patrick Barrett - 4 hours ago
Dylan your fault View
News 22