You Are Here spoken word 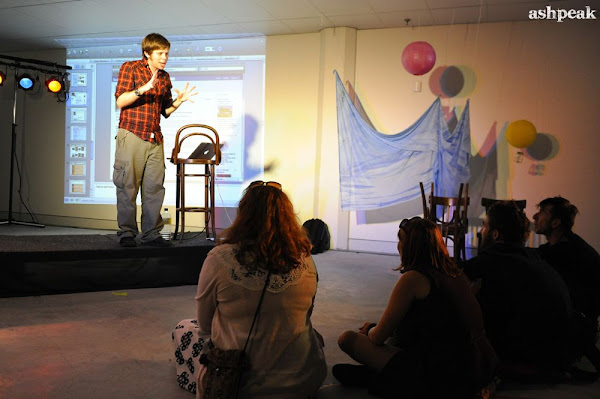 So the Last Prom was blisteringly intense – in two hours, the artists and audience packed in more energy, commitment and apocalyptic hormones than I experienced in the whole of puberty – and the Carpark Festival was an incredible blend of music, food, art and hanging out that turned the Melbourne Building alleyway into a temporary utopia – and the smaller events have been equally extraordinary, with great crowd numbers and really switched-on and passionate audiences who’ve engaged with every work. I’m not making any claims about You Are Here’s success, or predictions for the next few days, but I’m really stunned at how positively the first four days have run. For which, thank you all – You Make It Good.

I think though that my favourite event of the festival so far might have been the spoken-word showcase on Saturday night, Literally The Only Thing That Still Matters: Traverse Poetry. After the wall-to-wall blast of noise and energy that was the Last Prom, I was worried whether or not the SmithDick venue would be suitable for anything quieter and more intimate. After the thousand or so punters that cruised through the Melbourne Building laneway for Carpark Festival, I was worried that we’d be overrun with punters and we’d be struggling to seat them all quietly and comfortably. In fact, from the moment Traverse Poetry Csar Jules Fleetwood took the stage to welcome the audience, it was clear that everything was spot on. Right venue, right layout, right crowd, right lineup, right format, right time and place – at that point I just relaxed and started to enjoy it.

The evening ran thusly – a feature set by Baltimore playwright / performer Ira Gamerman (boiling a two-person play set on the lower slopes of a pyramid scheme into a high-energy solo performance), then each of the seven performers took up a station or ‘pod’ in a different corner of the room. For the next 45 minutes, the audience travelled in groups of two or three to each of the different poets, experiencing a selection of intimate performances in different settings and formats. At the end, the audience came together for a short finale poem by each performers, and then they dispersed into the night. Throughout the evening, You Are Here Festival Coordinators were on hand to provide the audience with tea, cake and herb focacia.

It was a really lovely event, and it’s got me excited about seeing other theatre performances in SmithDick. The first is at 8-9pm on Tuesday night: After-Dinner Theatre, a double-bill of The Landlords savagely sharp climate-change satire Bringing Some Gum to a Knife-Fight and Ira Gamerman’s Samuel-Beckett-meets-Judd-Apatow Absurdist relationship drama Play (by Play). From then until Saturday 19th, SmithDick will host a new double- or triple-bill of short theatre works every evening.

Just prior to After-Dinner Theatre on Tuesday, however, is another spoken-word event: The Roasters After-Hours Barrage. Taking place in Lonsdale Street Roasters Cafe from 5-6.30pm Tuesday 15th, the After-Hours Barrage features a lineup of spoken-word artists including Hadley, blind, Ira Gamerman and Max Barker, and in just over an hour, they will perform the entire back catalogue of Disney films, from Mickey Mouse’s Steamboat Willie to the Miley Cyrus movie. Maybe that’s not your thing, I don’t know. But it’s free – it’s all free, all of it, all the time.

Anyway, dig it on the website if you’re inclined. Word! 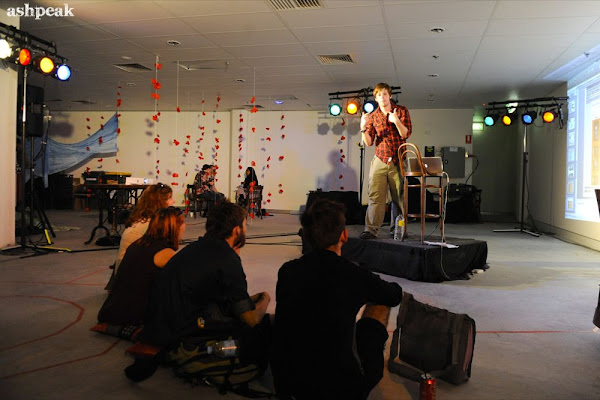 Sophia Harris - 8 hours ago
Jimena Medway these wasps have nothing against Dad View
Karen Hardy - 10 hours ago
Helen Stafford WHAT DID I TELL YOU View
Acton - 20 hours ago
I use a trap which is effective in catching individual wasps and discourages nesting. The trap uses a European wasp attractan... View
Community 5