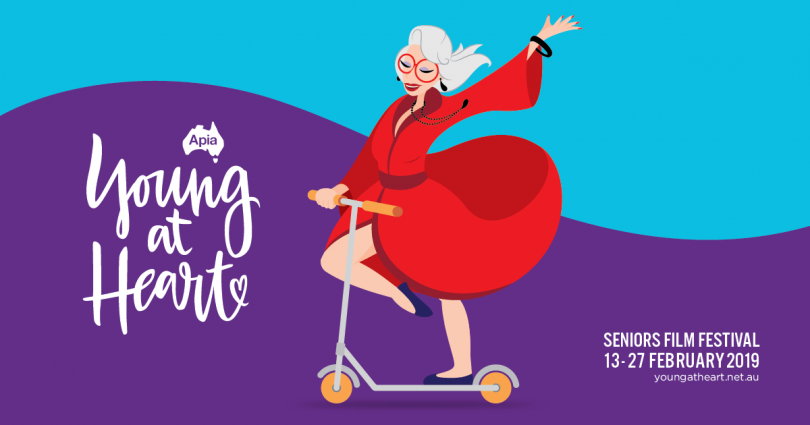 So it begins. Less of a sprint and more of a marathon, the year of Canberra’s film festivals is set to get underway over at Palace Electric Cinemas with the return of Seniors’ Film Festival Young At Heart.

As Australia’s only film festival specifically curated for older folk, this year marks the fourteenth edition as it grows to take in Perth along with Sydney, Melbourne, Brisbane, Adelaide and, of course, Canberra.

From 13 – 27 February, there will be a specially curated selection of 15 films from across the globe. The bulk comes to us off the back of last year’s various film festivals. If you didn’t have a chance to see them then, here’s your chance to catch up. There’s even an Australian Premiere. 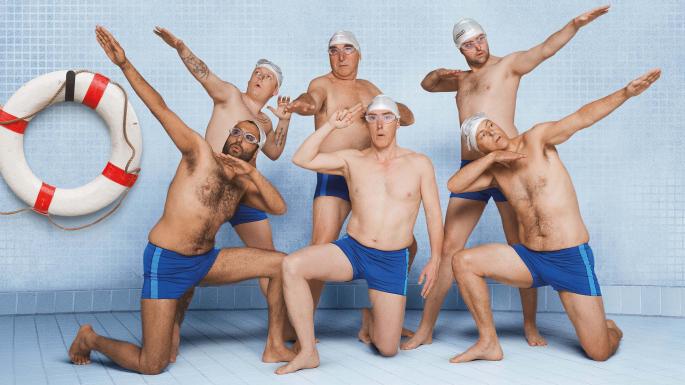 Screening at last year’s British Film Festival, today’s Opener Swimming With Men (2018) sees actor/comic Rob Brydon doing exactly that. Starring as Eric, he finds unlikely solace in a local men’s swimming group who may not only be destined for bigger and better things, but also might just help him turn his life around. Preceded by an afternoon tea at 3 PM, the film will screen at 4 PM today.

The festival’s other fourteen features comprise a selection from across last year’s various festivals: Red Joan (2018), Sometimes Always Never (2018), Vita and Virginia (2018) from the British Film Festival; Almost Legends (2017), Amalia the Secretary (2018), An Unexpected Love (2018), The Heiresses (2018) Violeta At Last (2017) from the Cine Latino Film Festival; Nonnas On the Run (2017) and documentary Water and Sugar: Carlo Di Palma, the Colours of Life (2016) from the Lavazza Italian Film Festival.

Luis Buñuel’s classic Belle de Jour (1967), starring the iconic Catherine Deneuve, even gets a nostalgic revisit here. Old and new audiences alike will be able to enjoy this beautifully presented restoration of the seductive, significant and still socially relevant work which took home the Golden Lion at the 1967 Venice Film Festival.

Three special documentary inclusions round out the lineup: The Eulogy (2018) about the rise and fall of Australian pianist Geoffrey Tozer; Sunset Over Mulholland Drive (2018) which delves into the interesting stories of the residents of the unique Motion Picture & Television Fund; and Older Than Ireland (2015) which mines the lives and collective wisdom of 30 centenarians all born before 1916.

For more information, pop into Palace Electric Cinemas to pick up the Official Programme. You can also visit the Official Festival Website.

stargazer - 3 hours ago
I agree. It’s an old fashioned bakery and the fact it’s totally family run is fantastic. They are few and far between now... View
stargazer - 4 hours ago
Stopped in and got my buns today - they were worth the drive! But I Wish I could get them on my side of town! Kids loved them... View
Sonya Curran - 8 hours ago
I'd love to! Have never been! View
News 1

Trish O'Connor - 6 hours ago
is there a phone number to call each morning to check whether the balloons will be flying. View
Food & Wine 1

@The_RiotACT @The_RiotACT
Braidwood’s beautiful boutiques, eclectic antiques & gorgeous galleries are a shopper’s paradise. We’ve put together some inside info about what you can discover on the treasure trail https://t.co/qDNKXbDda4 (15 minutes ago)

@The_RiotACT @The_RiotACT
Once known for its huge freakshakes, Patissez used lockdown as a chance to reinvent itself and forge an exciting new path https://t.co/vQDR61q0DX (1 hour ago)

@The_RiotACT @The_RiotACT
Looking for the perfectly located family home? Don't go past this four-bedroom property in Higgins - it's ideal for entertaining + ready to move into https://t.co/75M0QEbCnL (2 hours ago)