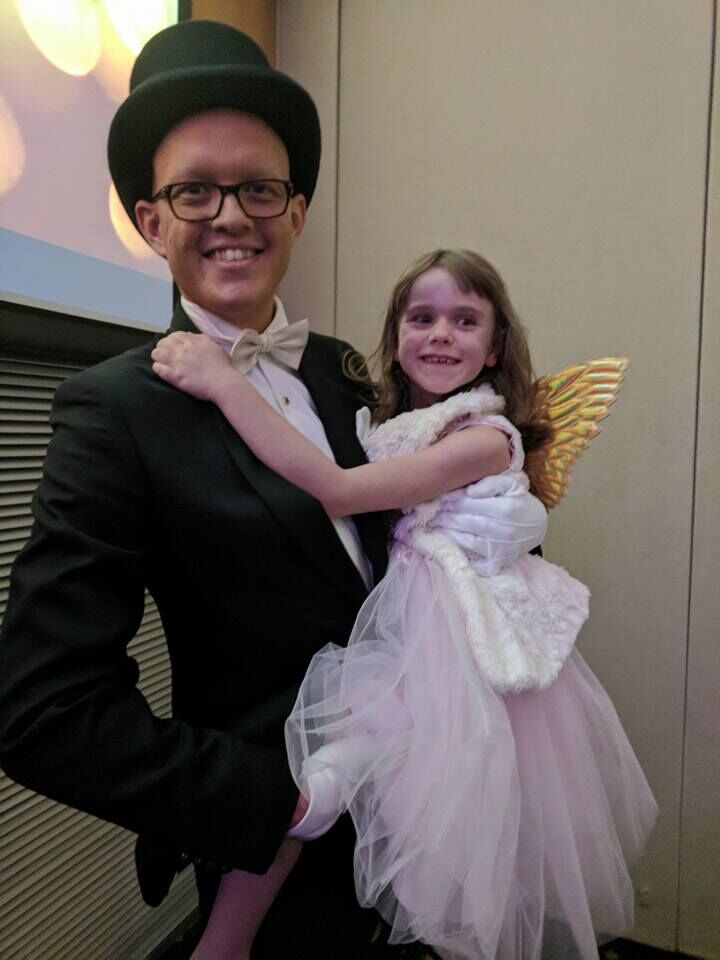 Rhys Summergreene with Freyja at the Resplendent Ball which raised $75,000 toward her treatment. Photos: Supplied.

A young Canberra real estate agent battling a highly aggressive form of cancer has looked beyond his struggles to provide crucial support for a six-year-old girl who must go overseas to receive potentially lifesaving treatment for her own rare form of cancer.

Rhys Summergreene of Peter Blackshaw Real Estate Tuggeranong was the driving force behind a recent ball which raised $75,000 to help pay for little Freyja Christiansen to go overseas for the specialised treatment she needs which is not available in Australia.

The outgoing and big-hearted 27-year-old only received his own cancer diagnosis last December and despite “throwing everything at it” his future is still very uncertain.

Rhys said that last year was a huge year for property sales and he was so busy at work that he ignored his coughing and back pain – just thinking he needed a holiday.

His ‘best mate’ and also his boss, Robert Peaker, told him to see a doctor and eventually he booked in for a back scan at 3:00 pm on Monday, 18 December. 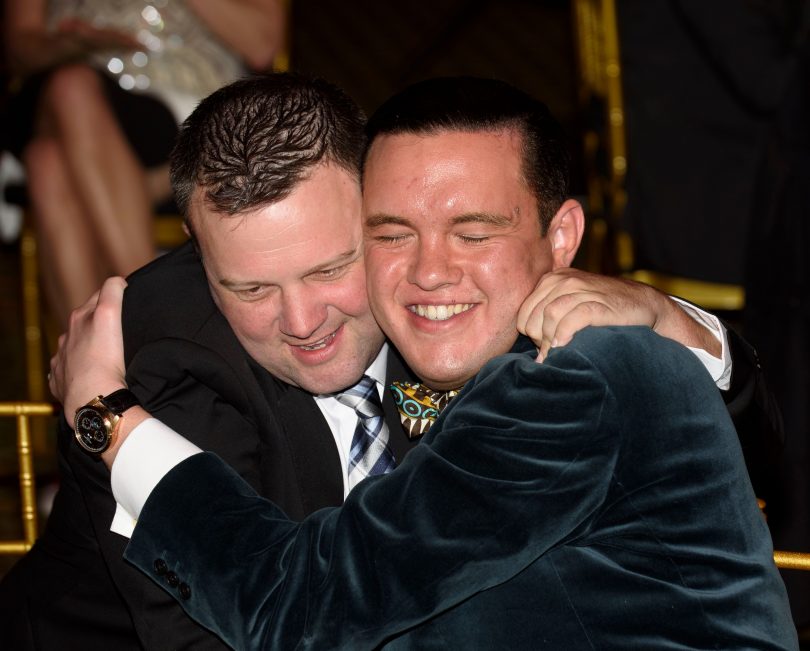 Rhys recalls that his GP rang him an hour after the scan to ask him to come back in. Not realising the gravity of the situation, Rhys initially tried to put the visit off but was persuaded to go in. It was then the doctor told him that he was 99 per cent sure Rhys had cancer.

“I just broke down,” Rhys remembers. “I cried on the phone to Rob for half an hour.

“We had lunch on Monday and by Tuesday afternoon I was in emergency with 30 per cent lung capacity – there was 70 per cent tumour coverage on both lungs.”

He has been having chemotherapy “one week on, one week off” since Christmas and said that without it he probably would have died in January. The chemotherapy has now finished but Rhys will be having a stem-cell transplant in mid-August. 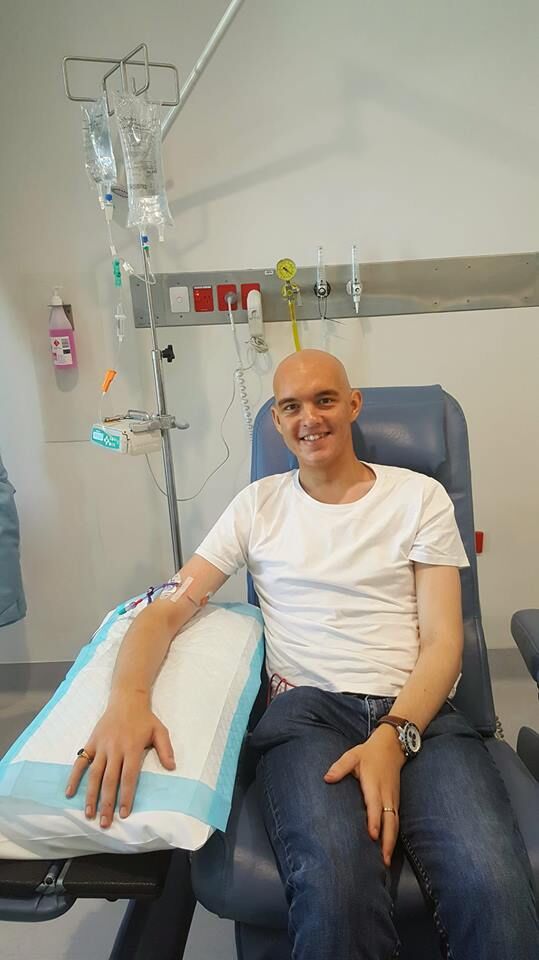 Rhys in hospital after starting chemotherapy.

Throughout his ordeal, Rhys has received strong support from his “awesome” parents, family and friends – particularly Robert, who “rings me literally every single day to make sure I’m okay”.

He said that he and Robert had run some fundraisers to assist Freyja last year and he knows Freyja’s mum, Lizzie, quite well. She is a single mother who is fighting to ensure her daughter receives the treatment she needs while also caring for two other daughters.

“It was actually seeing Mum in hospital with me and how upset she was that made me think of Freyja and her mum,” Rhys said.

“I feel a great connection to Freyja’s mum because she is such a trooper.”

Rhys and Robert decided to hold a ‘Resplendent Ball’ to raise funds for Freyja but to fund the whole event themselves rather than charging for tickets.

“I had the money, what’s money really worth,” Rhys said.

The ball was held on May 5 for 350 guests with huge support from Canberra’s real estate industry and the general community.

Donations and auction items flooded in, with a total of $75,000 raised for ‘A Future for Freyja’ and the little girl herself enjoying a fun night. 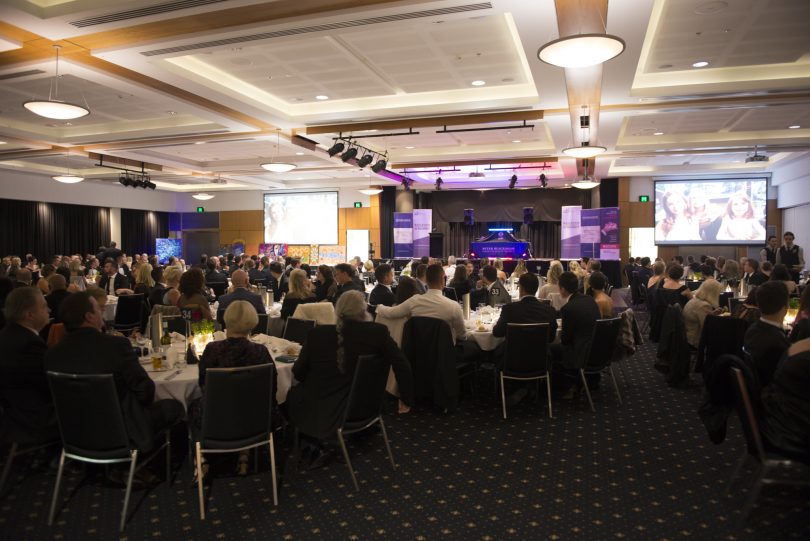 Guests at the Resplendent Ball.

And with Freyja’s fundraising target at $500,000, Rhys has no intention of letting things stop there.

“Once I get slightly better we’re going to do another fundraiser for her,” he said, adding that they were also planning to hold the Resplendent Ball again next year.

Freyja’s mother, Lizzie Christiansen, wrote on the ‘Cure for Freyja’ website about her gratitude for Rhys’ support, as well as for that provided by Peter Blackshaw Real Estate and all those who sponsored or donated to the ball.

“We are forever grateful,” said Lizzie. “Rhys is one of those special rare people who gives and brings real joy to so many.” 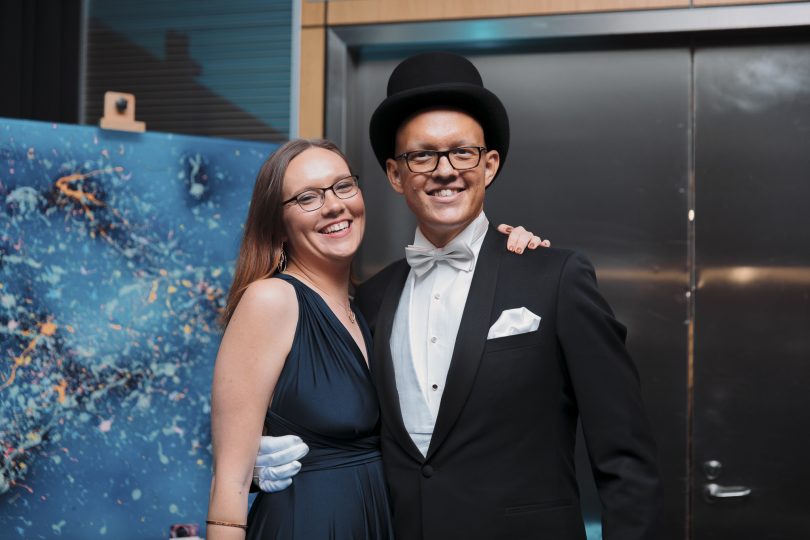 Rhys Summergreene with his sister Tara at the Resplendent Ball.

Meanwhile, Rhys is getting on with life and with doing the job he loves.

“There’s some bad days but that’s only usually from the side effects,” he said. “I’m actually a fairly happy camper.”

Rhys has been working in the real estate industry since he left school and said he “absolutely loves the job”. That could be just as well given he has 10 open houses scheduled this weekend!

If you are interested in helping support Freyja please go to www.acureforfreyja.com.