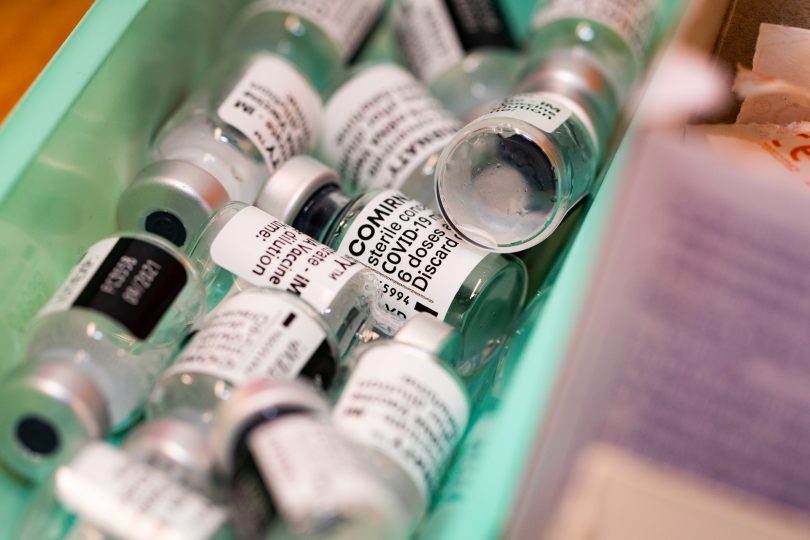 The ACT is expanding its vaccine administration capacity as supplies continue to grow. Photo: Michelle Kroll.

Around 60 pharmacies in the ACT could get the green light to administer the AstraZeneca vaccine in the coming weeks after NSW moved to allow younger people to access the AZ jab through pharmacies as the Greater Sydney outbreak continues to worsen.

The ACT will change its pharmacy immunisation standards to allow pharmacists to administer AstraZeneca vaccines to people over the age of 18, provided they are able to give informed consent.

ACT Health said it continues to engage with pharmacies and sector representatives throughout the process.

ACT Health Minister Rachel Stephen-Smith has continually ruled out allowing people under the age of 60 to book in for an AstraZeneca jab at the government-run vaccination hub at Calvary Hospital, but while she has encouraged younger Canberrans to discuss getting the AstraZeneca vaccine with their doctor, she maintains that a mass vaccination hub is not the appropriate place to discuss informed consent. 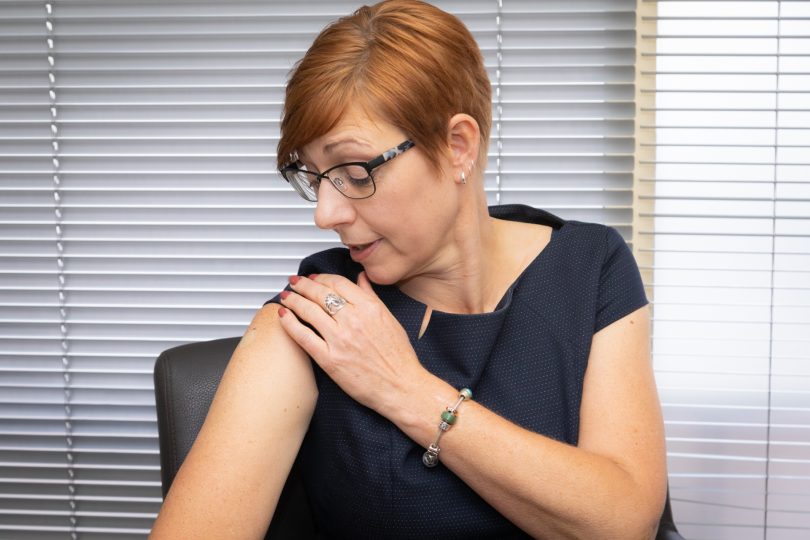 The Australian Technical Advisory Group on Immunisation recommends Pfizer as the preferred vaccine for people under the age of 60 but says people in an outbreak area should reassess the benefits of getting AstraZeneca.

In NSW, Premier Gladys Berejiklian, Health Minister Brad Hazzard and Chief Health Officer Dr Kerry Chant have used stronger language, telling people under the age of 60 to get vaccinated with whatever vaccine is available.

READ MORE No surge for AZ among young in the ACT, Goulburn man tests positive

Speaking at a COVID-19 update last week, Dr Chant said the state needed to “correct the mythology” around AstraZeneca.

“So I just want to say that the Chief Health Officer would not recommend AstraZeneca to someone that they care about if they had concerns.

“In the context of the delta threat, I just cannot understand why people would not be taking the opportunity to go out and get AstraZeneca in droves.”

NSW has since experienced an uptick in demand for AstraZeneca as the state recorded a record 239 new cases yesterday (29 July) despite Sydneysiders spending more than a month in lockdown.

The lockdown has now been extended for another month, until at least 28 August.

Today’s figures (30 July) in NSW dipped to 170 locally acquired cases, with Ms Berejiklian saying that case numbers would continue to fluctuate over the coming days.

There are currently 187 people in NSW hospitals, 58 of whom are in intensive care and 24 are on ventilators.

“I do not want any issue of holding back on vaccines for months,” she said.

“If the vaccines are in Australia, we want NSW to get its share because that will help us in keeping people out of hospital but also slowing the spread and a chance of freedom.”

AZ originally had guidelines. With the recent outbreak and NSW so slow all the rules or guidelines have been thrown out the window. It’s become a free for all. Get whatever jab you can.

Got my AZ end of March as I am carer, but before age rules changed. Have had no ill effects.