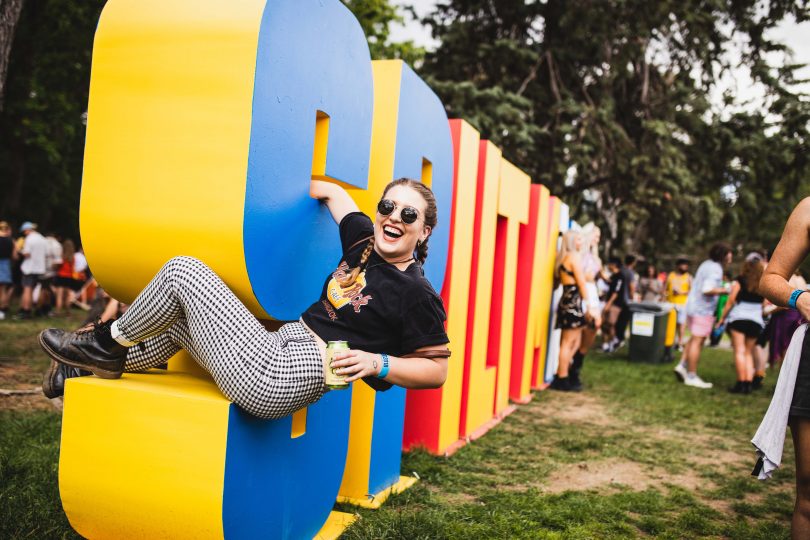 It’s time to get festival-ready, Spilt Milk 2019 is nearly upon us. Photo: Spilt Milk, Billy Zammit.

The tickets are printed, the outfits are bought and the set times are (finally) out. Spilt Milk is so close you can almost taste it – so it’s time to start working out those schedules. Ocean Alley or Lastlings? G Flip or Tones and I?

We can’t make your choices for you, but we can tell you what we’re looking forward to this year at Commonwealth Park. 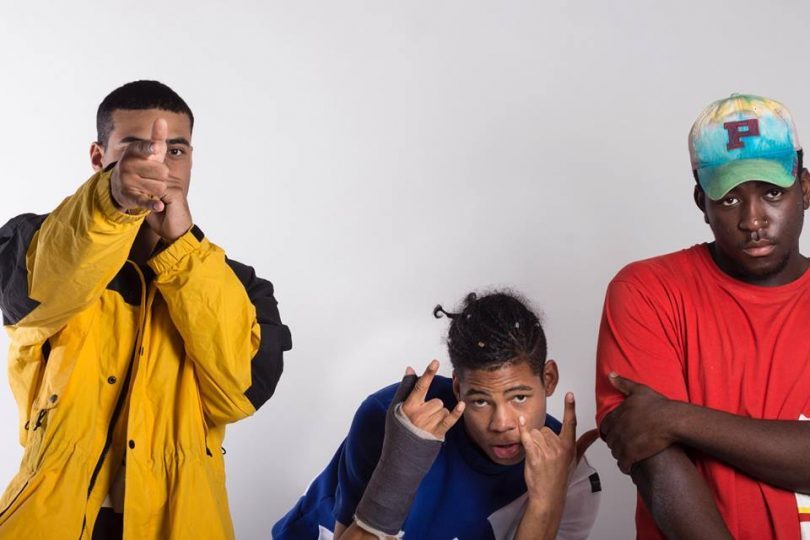 First up, the Triple J Unearthed winners for Spilt Milk Canberra: Weirdo Gvng. The eclectic, energetic trio are absolutely worth getting in early to see.

Local rapper Kirklandd will keep the beats going (no word on whether he’s growing the mo out for Movember). If you’re up for some fresh DJ sets, Brittany De Marco, Mtty and Clique have you sorted. If you’re after more guitars, try Sputnik Sweetheart. The local four-piece debuted just over a year ago and are already local legends.

And what would a festival be in Canberra without hometown heroes Teen Jesus and the Jean Teasers? Barely out of high school, TJ have absolutely made their mark on Canberra, and look set to do the same nationally. Guaranteed to be a well-attended set.

Are you looking for a new favourite band, or just want to try something new? We’ve got you covered.

Sibling duo Lastlings aren’t exactly new, but took some time out while younger sibling Amy finished high school. They’re back and ready to make some noise—and you should listen. Drummer and all-round excellent muso G Flip has also been making waves, while Triple J Unearthed High 2017 winner Arno Faraji has well and truly graduated, and is ready to show you what he’s got. 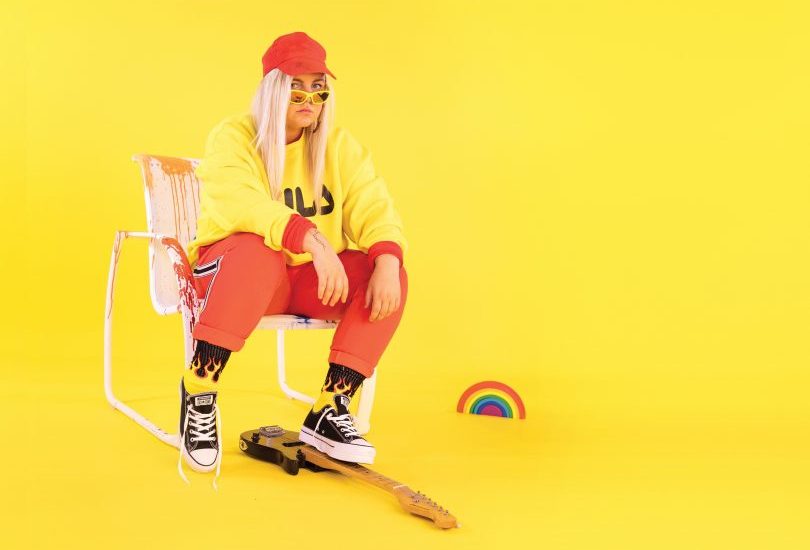 Tones and I has taken the world by storm this year. Photo: Supplied.

Finally, if you’re really ready to dance, hit up Tones & I, taking the world by storm with her unique sound and electric live performances. 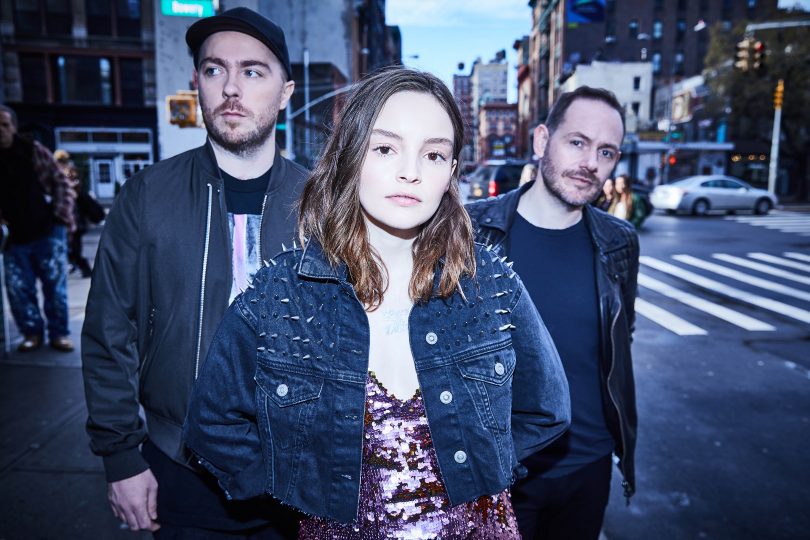 CHVRCHES is one of several international acts on this year’s lineup. Photo: Danny Clinch.

Last year’s Spilt Milk saw the unfortunate last-minute scratching of Childish Gambino, which left the festival a little short of international star power. Golden Features (who is playing again this year) and Angus and Julia Stone did their best, but many fans were not happy with the lack of international names.

This year, the festival isn’t taking any chances, with the number one artist on Spotify in the world, Khalid, set to headline. If you’d like to catch him, perhaps get in early—I’m no astrologer, but I’m pretty confident predicting this is going to be a packed set. The international contingent also includes Scottish synth-pop group and perfect angels CHVRCHES, and Soundcloud-turned-everywhere rapper Juice WRLD, who is visiting Australia for the first time. 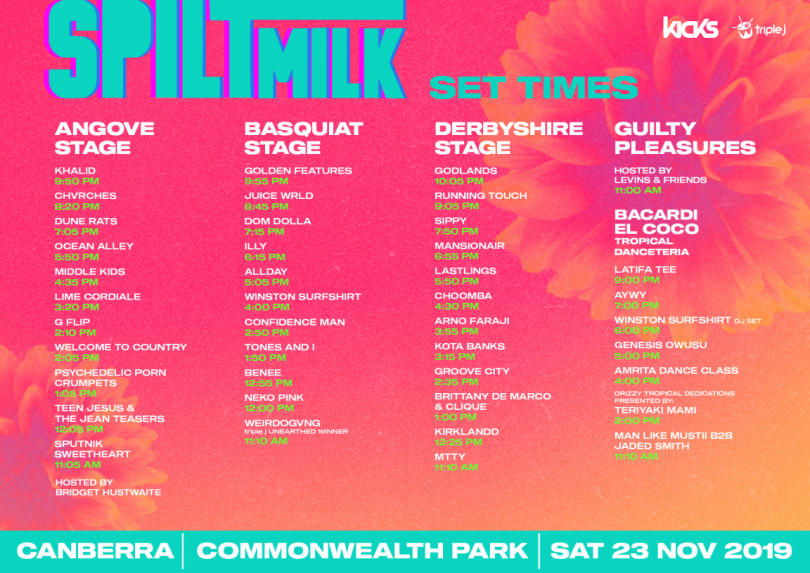 Make sure you and your mates are across this year’s set times. Image: Spilt Milk.

So, the verdict? Look, I can’t make your choices for you, but I can tell you this. Wear sunscreen.

Gayle Marie Stone - 21 seconds ago
Lauren Ellen you are joking! You need to come back to Queensland.... View
Sanyukta Chatterjee - 2 minutes ago
Yash Mehrotra the last of it 😞 View
Mel Willis - 4 minutes ago
Tania Turner September always try to trick us! View
Community 61

Noni Evans - 4 minutes ago
Casey Jane , found any yet? View
Lorraine Clements - 1 hour ago
Got some outside our place that I have put little jewels all over them. View
Community 6

Annie Tully - 18 minutes ago
Nice article 😊 View
Brian Lodge - 1 hour ago
Hi Susan how wonderful Congratulations to Mark and Coral , they were great neighbours (very caring) back at Tulla over the ye... View
Gail Tully - 2 hours ago
Thank you Amy View
News 19

Frank Waters - 24 minutes ago
I lived there in 88. It was used to house public servants in 70s. I thought students needed more accommodation? View
Mark Heinrich - 46 minutes ago
Warwick Bradly - I stayed at Macquarie Hostel when I first came to Canberra in 1984. ‘Live-in’ officers were normally qua... View
Peter Graves - 1 hour ago
Some very interesting memories here. Anyone's go back as far as Reid House, Barton House (which wasn't a Government one), Hot... View
Opinion 139

Lucas Danes - 45 minutes ago
Yes please and thank you very much. View
Bruce Lamb - 1 hour ago
Will never happen if racing has to be finished before 5 pm. The almighty TV gods that have complete control of Supercars will... View
Rick Skein - 2 hours ago
Would b gr8 2 c the v8s race there again View
News 5

chewy14 - 46 minutes ago
The reason why those plans are pushing for Vaccination of parents and teachers is not to protect the children, it's to protec... View
Dilkera - 1 hour ago
In commenting about students returning to school, it is important to remember there will be a cohort of 0 to 11 year old chil... View
Opinion 56

chewy14 - 57 minutes ago
Won't be fooled again, That's a joke right? This isn't about China launching a military attack on us in the short term, it's... View
Futureproof - 2 hours ago
We don’t owe the French anything. This is a business transaction and all they produced was paper and highly paid middle men... View
Lifestyle 5

It can't be a true Canberra suburb without a playground. And sure enough, the new suburbs of Taylor and Coombs...
Community 60

@The_RiotACT @The_RiotACT
A #construction worker at a site that was listed as an exposure location says he didn't feel safe at work due to a lack of #COVID-19 safety protocols https://t.co/Gq8rRKGtox (22 minutes ago)