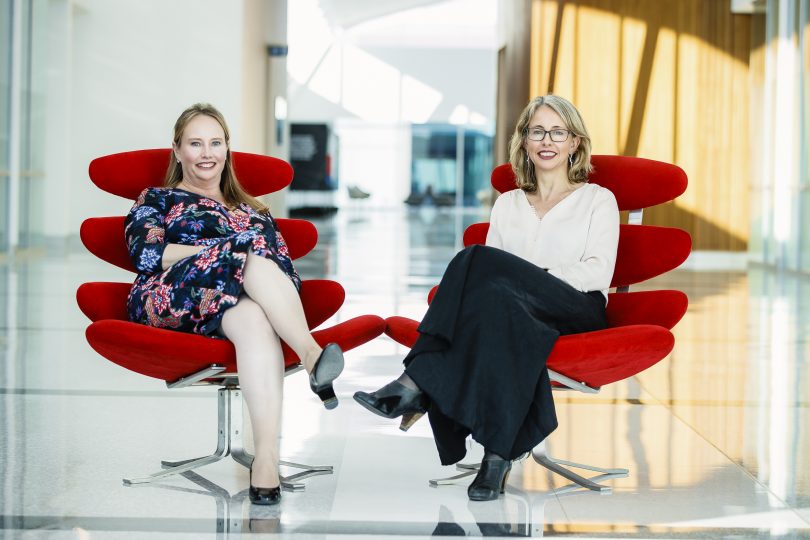 An innovative YWCA scheme that rents housing out at affordable rates for low-income people struggling with homelessness is getting underway in the ACT with help from the Snow Foundation.

Rentwell operates by signing up owners who agree to rent their properties to the YWCA at 75 per cent less than the market rate, with professional property management as part of the deal. The ACT government has agreed to waive land tax on participating properties and has made the YWCA exempt from the Agent’s Act.

Thanks to a class ruling from the Australian Tax Office, owners are also eligible for a Deductible Gift Receipt for rent foregone. Tenants then pay the substantially reduced rental rates.

The scheme hits the sweet spot for people on low incomes, often families escaping abusive situations or older women who have found themselves homeless. Paying an affordable rent is an important part of the structure as it creates a sense of responsibility and obligation, but also funds property management costs and repairs.

YWCA Canberra and The Snow Foundation are thinking outside the box to alleviate housing stress in Canberra with Rentwell, a scheme that promises quality rentals at 75% less than market value for suitable tenants. Genevieve Jacobs discovered how they're making it work.

Posted by The RiotACT on Tuesday, 24 September 2019

YWCA director Frances Crimmins says Rentwell evolved with inspiration from a few similar schemes with some commercial elements, but the ACT’s version is completely focussed on alleviating housing stress for people who can effectively manage their own affairs once they get a secure roof over their heads.

“We wanted to deliver an exceptional service”, Crimmins says. “We’ve employed a qualified experienced property manager who understands the mission. Potential tenants will meet with the property manager, inspect properties, get an independent assessment on the rent and have inventory reports if they meet our criteria for those low-income sectors.

“The ACT government has accepted that being community housing providers, we were already significantly regulated and waived further regulatory requirements. The Housing Registrar has signed off and with the land tax exemption, this has become an innovative, cooperative effort to help people in housing stress.”

The Snow Foundation’s support has been critical and CEO Georgina Byron says their choice to support Rentwell was considered.

“We always ask, what role can we play?”, she says. “We’ve long been committed to working on homelessness and being philanthropic in our outlook, we seek an innovative approach to the problem.”

The Snow Foundation had been involved with the Vital Signs research project run by Hands Across Canberra, a data and local knowledge snapshot focused on health, education and employment, housing and belonging, released in 2018.

“We saw from that just how alarming the research was around housing, how much competition there is and the size of the housing shortage for people on low incomes.

“We knew the YWCA was ready to go with this, so when Frances talked to me about it, this was a pretty easy decision for the Foundation to get on board. It’s a sustainable model and we were very attracted to the idea of putting up some capital to see where it goes, potentially even to going across the border and meeting some needs in the surrounding regions.

“We do a lot of diligence around where our funding goes. YWCA are trusted partners, we’ve worked together before and we knew they would do this well.”

Frances Crimmins says the scheme also had support from industry professionals who helped get it off the ground, including Billy Kang from NEXIA who did the financial modelling for the scheme. The forecast is that when they have 100 rental properties on the books, Rentwell will break even financially.

With those projections in hand, Frances Crimmins has some big dreams. She sees possibilities for institutional investors who could hold around 100 properties in stock and, via Rentwell, get both land tax exemptions and DGR receipts. In exchange, Rentwell could secure tenure of between five and ten years.

“People query why anyone would be willing to rent at 75% less than the market rate but if you are happy with 4 to 5 per cent returns, given where interest rates now are, that might well be the way we can scale Rentwell,” Frances says.

Rentwell is already making a difference: the first tenants were a single parent family escaping domestic violence, followed by an older woman who was couch surfing.

“Rentwell means that people on modest incomes have agency. They can get on with their lives,” Frances says. “Some people say they don’t want to take rent, but that is what goes towards maintaining the property and paying rates. This is not a complete charitable gift, but a responsibility, and that’s why it can work so well.”

You can read more about eligibility and participation in the Rentwell scheme here.

Given YWCA i assume its for women only?

Alexandra,Georgiia !!! Worth looking in to

Gabriel Spacca - 39 minutes ago
And it’s not just the newer suburbs. Good luck!... View
Julie Arnold - 46 minutes ago
Coombs and Wright are horrible housing design areas. Who ever allowed it to happen should be sacked. So should the people who... View
Robyn Holder - 51 minutes ago
So what would you do new architect? Lock up everyone in flats? View
Opinion 79

Darren Scrivener - 41 minutes ago
What a bloody waste a money View
David Aked - 4 hours ago
No. A sensible gov does wired as much as possible. The only thing wrong with it is aesthetics. But given all the ugly buildin... View
Bill Arnold - 5 hours ago
A sensible Government would have been wire free from Day 1. View
News 1

Mark Huppert - 2 hours ago
Does it matter if ACT is number 1? What matters is whether ACT kids are developing good verbal, mathematical, problem-solving... View
Business 1

Robin Tennant-Wood - 3 hours ago
I hope, in the interests of animal welfare, they also have a range of non-meat options on the menu. :-) View
Tricia Hopkins - 3 hours ago
Everybody go to this cafe ... not only is the food and the vibe great ... your supporting animal welfare too . Win win View
Zoya Jasmin - 8 hours ago
Chris, no big deal, Charlie is famous. View
News 5

Erehwon Erehttou - 3 hours ago
The government put a cap on the amount that they would fund universities a year or 2 ago. So if we are talking about domestic... View
Bill Pappas - 8 hours ago
Robyn Holder always look to the govt to bail them out.... really.... this was no problem several years ago when unis were set... View
Community 1

Amanda Fisher - 6 hours ago
Gin - is this something you and Vern might be interested in? View
Business 1

Vander Leal - 6 hours ago
Better than try to move everyone from every corner of Canberra to Civic is to spread the businesses. Like... how... it... was... View
News 185

Grail - 8 hours ago
Is there anything preventing the ACT establishing their own police force? View
Lifestyle 7

The 1.7 kilometre extension of light rail from Alinga Street to Commonwealth Park via London Circuit will be wire-free, in...
News 50

@The_RiotACT @The_RiotACT
Ever wanted to learn more about the ancient art of blacksmithing? Here's your chance https://t.co/eC68rjwDBK (2 hours ago)