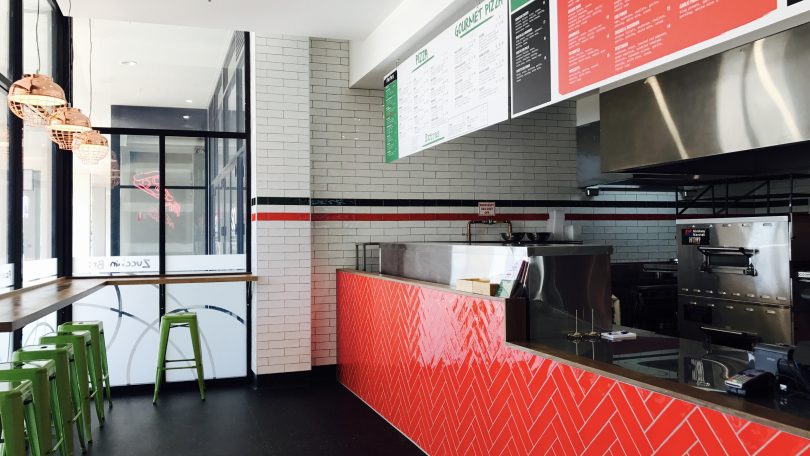 Southside takeaway pizza and pasta operator Zucchini Bros has moved to increase its slice of the growing Tuggeranong market with the opening of a new outlet in Greenway.

Manager Joel Defazio said the move was a response to customer demand and projected population growth in the area as it densifies and more apartments are built.

“We thought with all the new development in Greenway, there’d be a good customer base there, and it’s quicker for people in Bonython and surrounding areas to come down and get takeaways,” he said.

“There’s going to be close to 5,000 people living there when all the apartments are finalised.”

The Chisholm-based family business, which has developed almost a cult following over the past 30 years, also sells takeaway made to order pastas and risottos that have taken off in the past two years.

Joel said his father Angelo launched Zucchini Bros in 1988, although how the name originated is lost in the mists of time.

The business has developed a fiercely loyal customer base, with many having grown up with the Zucchini Bros, and some turning up from Belconnen and even Yass.

“We had a bloke in the other night and he said ‘I’ve come all the way from Yass’, so I said ‘just driving though?’ ‘No I drove from Yass to get a pizza to take home,'” Joel said.

He said some customers had moved away from Canberra but when they come back to see family they would get a pizza every night while they’re here.

“One guy last time, he came in, he even froze it – put it in an Esky and took it back home. That’s how crazy they are about the food,” Joel said. 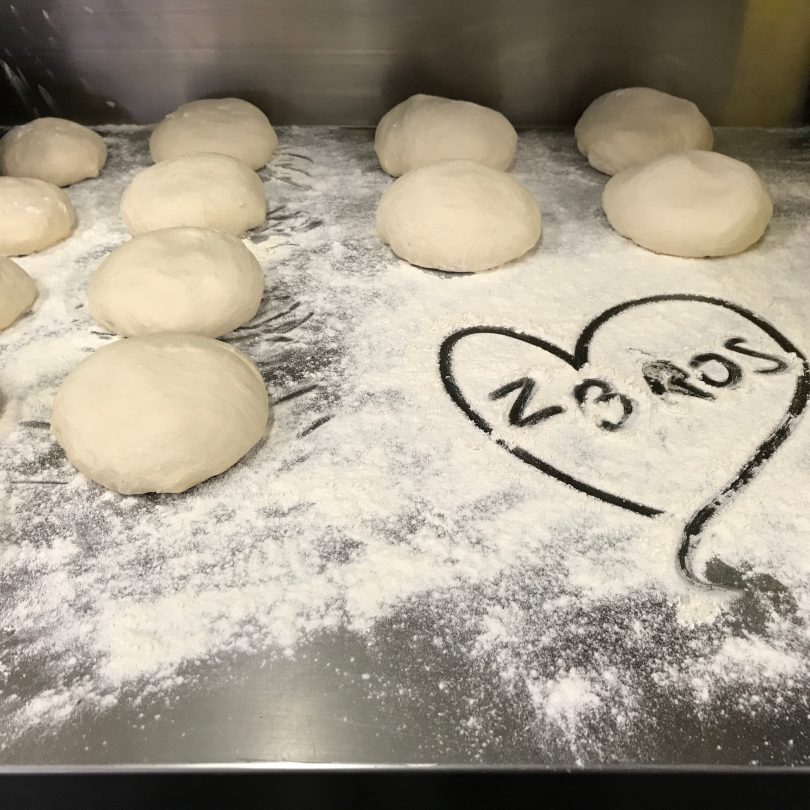 Most of the trade is repeat business, fed by word of mouth without advertising.

“We know a lot of our customers by name. My father’s known a lot of the people since they were kids. I’ve been working in the shop for the past 17 years. We like to make sure our customers are happy and getting good service,” Joel said.

That and quality, fresh ingredients, generous toppings, and artisan pizza-making is the Zucchini Bros recipe for success.

Angelo has been tossing pizzas for 50 years with his own secret recipe, while Joel and his younger brother Isaac have been at it for 17 and 15 years respectively.

That a lot of pizzas.

They are all perfectionists and nothing goes in the oven, or out to the customer unless they are happy.

So ensuring their now 20-strong staff exercise that level of quality control is a priority.

The menu ranges from the traditional to gourmet offerings that were trialled as specials and hit their mark.

Joel said the new Greenway store might experiment with a few new combinations to mark the venture.

As well as the pizzas, there are 20 different pastas and risottos, with all sauces made in-house to family recipes.

Joel said value for money was a trademark of the Zucchini Bros, with a large pizza selling for $20 and the pasta for $14. “Premium but affordable,” he said.

Ever been to Zucchini Brothers? Share your experiences with us by commenting below.

I miss their dine-in option 😞. Always a family favourite for a nice meal out!

Wow, used to do deliveries on Friday and Saturday nights for Angelo and Mark. Even had a business at Fyshwick who regularly ordered. Next time I am in Canberra will definitely be visiting again.

The lot with olives and anchovies!

Loved it when it was dine-in.

Andrew Jack Smith why do we get Dominoes when ZB exist?

Dominoes is not pizza. It is cardboard!

Richard Flanigan…your answer is probably “all of them”

Has the Chisholm store closed? Not convenient at all for us if it has. We will miss it!!

Hit the Greenway store last night – what can I say..?! The same awesome pizza that I used to get from Chisholm – just more convenient.

I was going to ask about the parking.

Big car park right opposite and not difficult to cross that road in the evenings.

Like I said – first world problem 😂 It’s more the inconvenience that you can’t just stop out the front and one of the kids run in and do the pick up.

The weekend Bunnings sausage sandwich kiosks across the road will now be under threat.