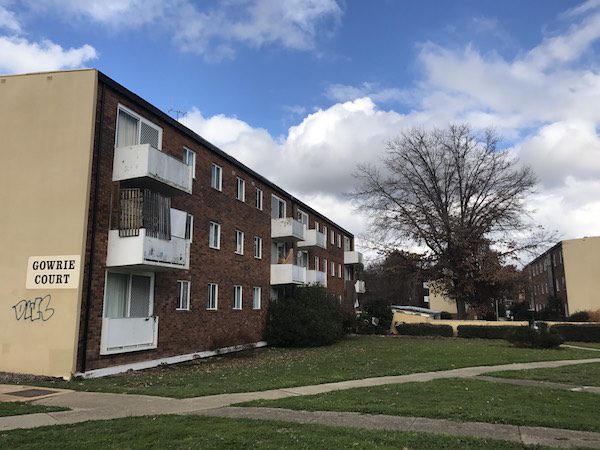 The Amalgamated Property Group has unveiled plans for its housing development on the former Gowrie Court public housing site in Narrabundah that it bought at auction in March for $20 million.

The site, at 39 McIntyre Street, on land formally known as Block 3 Section 62 Narrabundah, will become home to 158 apartments and 19 two-storey townhouses, with one level of basement car parking.

“Amalgamated Property Group plans to revitalise the derelict block with a diverse range of modern and high-quality homes designed around a central village green that will further emphasise the ‘garden’ suburb neighbourhood character of Narrabundah,” the developer says on its website.

The site, currently unoccupied and closed off to the public while the buildings are demolished, is zoned RZ5 for high-density residential use and has an area of 13,775 square metres, with 177 dwellings allowed. 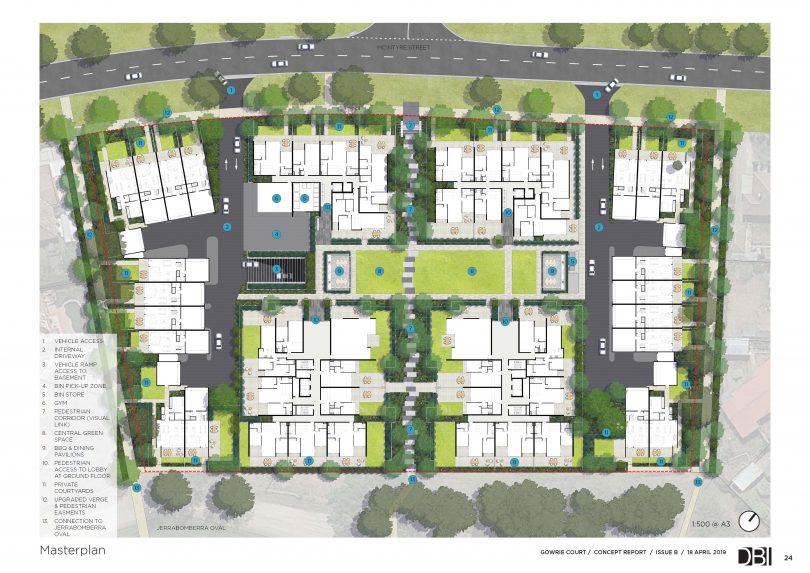 A mix of dwelling types is proposed for a range of residents including singles, couples, families and ‘downsizers’.

Under the Narrabundah Precinct Code, buildings up to six storeys or 21.5 metres in height are permitted on part of the site, with most of the land restricted to buildings of two or three storeys.

“The central landscaped zone is to be the key feature of the development which will promote connectivity through a vast ‘green space’ and ancillary deep root zones for future established gardens and trees,” the developer says.

It will provide recreation areas for residents and provide a pedestrian link between McIntyre Street and nearby Jerrabomberra Oval playing fields.

The site is close to local amenities, including playing fields, schools, and the Griffith and Manuka shops, as well as being adjacent to a rapid bus route to Woden, Barton and the City.

Under the Narrabundah Precinct Code, buildings up to six storeys or 21.5 metres in height are permitted for part of the site, with most of the site restricted to buildings of two or three storeys.

The site was sold as part of the ACT Government’s Asset Recycling Initiative. 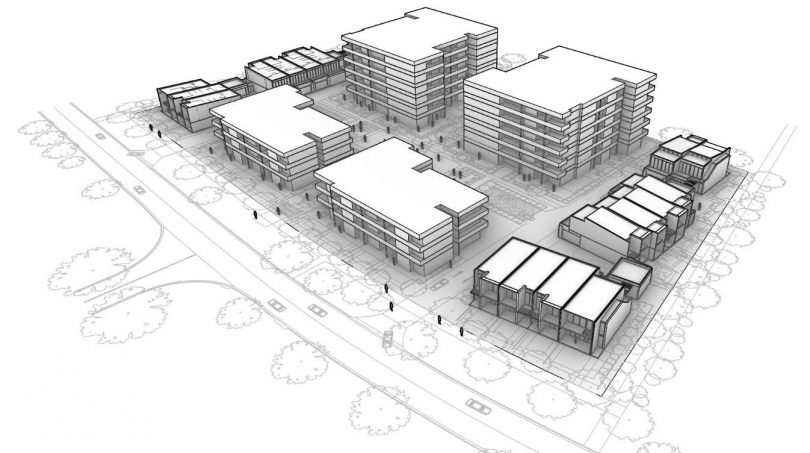 Will the block numbers be clearly visible ?

Will lifts be big enough to fit an ambulance stretcher?

Will each block have access dependent on someone being able to unlock a door?

These things don't really matter, until they do.

Dwayne Still - 42 minutes ago
Lucky to escape View
Chris Durban - 11 hours ago
A warm welcome, my best wishes for their future lives here. I hope they settle in and find peace and happiness 🤗... View
Cheryl Clare Riordan - 12 hours ago
What a lovely photo of gratitude and relief .... View
News 32

Hunter Smithers - 54 minutes ago
Staring at your speedo instead of watching the road is far safer for pedestrians !! View
Bob Foster - 8 hours ago
You had me till the 2nd sentence of your 2nd paragraph Gai Wil THEY need to realise that roads were built for cars etc, and a... View
Matt Flagget - 9 hours ago
Tony Siciliano yep, us too - gone. Born, raised and lived most of my life in Canberra but it’s green/left underbelly is rot... View
News 23

Tom Wills - 6 hours ago
Jorge Gatica Dont rent your house then, simple. Pay for it off your own back rather than the backs of tenants. Actually stick... View
jorie1 - 10 hours ago
Agree Realist. Landlords in the ACT are not treated fairly. I guess the proof is in the lack of rental properties available.... View
Rob - 10 hours ago
This article seems to misunderstand some basic investment concepts: “But the main reason for owning rental properties is no... View
Lifestyle 32

Il Padrone - 8 hours ago
Costanza Maffi what is this fascinating attraction that cockatoos have for alpacas? 🤔 View
Sophie Patterson - 9 hours ago
James, I love the namea View
Mark Dennis - 13 hours ago
Lee Hearn have I got a deal for you!! 🤣🤣🤣 View
News 11

Rob - 11 hours ago
You missed their best wine: the sparkling Shiraz. It is just magnificent and I think the only one in region. Worth the trip o... View
Sport 24

Sher Bee - 13 hours ago
No playing with anti vaxers. View
show more show less
*Results are based on activity within last 7 days

An old well has been unearthed in Queanbeyan during excavations on the new precinct for Queanbeyan-Palerang Regional Council (QPRC). Bulldozers...
Lifestyle 32

With the ACT Government's revenue from traffic infringements predicted to more than double this financial year, a standing committee has...
Opinion 27