2015 Parties at the Shops program kicks off in Campbell 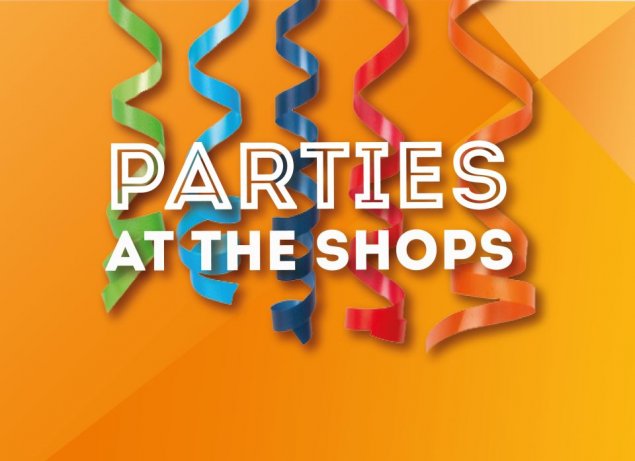 The 2015 extended Parties at the Shops program kicks off this Sunday 15 March from 3-6pm in Campbell.

Parties at the Shops is now in its third year, and producer Amy Moon says she is delighted to be putting on the first ever event in Campbell.

“Campbell plays an important role in Canberra’s military and defence history,” she said.

“We’ll have local historian Alan Foskett on hand to talk to people about the history of the suburb, as well as a full program of music performances by the schools and local performers.

“The tennis club will be inviting people to have a hit and we’ll have a bunch of activities to keep the kids entertained. Residents of Campbell and Reid are invited to bring a picnic, or enjoy a BBQ put on by the Scouts,” she said.

Through the support of the ACT Government’s event fund and a new partnership with Bendigo Bank, Amy has extended Parties at the Shops to be a year-long program, allowing communities to celebrate on dates that are significant to them.

“We’ve got seven parties happening in March, a sprinkling in May, then a whole bunch of fun planned for the Springtime.”

Canberrans should get in touch through www.partiesattheshops.com.au to express their interest in hosting, coordinating or performing at a party in their suburb.

“If you love Parties at the Shops, if you’ve got a great idea for an arts project at your local shops, or if you just want to get involved in planning a fantastic event in your suburb, get in touch now,” she said.

“Let’s talk about what you think is special about your suburb, and let’s figure out how to celebrate that.”

2015 PARTIES AT THE SHOPS DATES

Richard Grainger - 26 minutes ago
That building is simply storage. The cost that the Archives desperately need funding for is to digitise the records. A lot of... View
Louise O'Donnell - 7 hours ago
Yes that is the repository, or storage area. The files (paper, digital, and so forth) need to be stored somewhere safe and en... View
Lori J Tas - 14 hours ago
Bet the ALP wont do anything either 😒 View
Community 1

Kimmy Hunter - 47 minutes ago
Well your very lucky because I had a family member told they can’t access nsw health and had treatment refused View
JC - 3 hours ago
Christian your $35 is not a co-payment that is you paying your doctor more than what Medicare pays then. The proposed co-paym... View
Crystal Darmody - 4 hours ago
Kimmy Hunter I'm currently in Sydney with my son and yes I'm an ACT resident. Not for an ENT but a service that is limitedly... View
Food & Wine 12

Jodie Sharples - 2 hours ago
Julie Warren this answers our questions from yesterday View
Amy Stewart - 11 hours ago
Mark Turner this is what we drove past… View
Michael Bailey - 12 hours ago
Laura Ann this weekend??? Maybe Sunday recovery meal…… View
Opinion 15

chewy14 - 2 hours ago
JC, $60million a year for one stage of light rail that services a tiny minority of the population. With the government commit... View
Margaret Tuckwell - 2 hours ago
Nobody owns the whole buildings, but individuals so hard to enforce rules. View
Kriso Hadskini - 2 hours ago
The highways that approach are a disgrace too. So much large rubbish on every approach road to Canberra. Its embarassing. Peo... View
Food & Wine 11

Tyson Powell - 2 hours ago
Tyler Greening look at him doing so much more View
Sarah L Yoong - 2 hours ago
Great story which many of us can relate to. Well done Alan! View
Michael Rose - 5 hours ago
Congrats Alan for owning your story and the business! All the best View
News 62

Melissa Wells - 11 hours ago
Ben was one of my teachers at Melba High in 2004/5. Such a genuine and caring teacher! Had no idea about this, but when is a... View
show more show less
*Results are based on activity within last 7 days

@The_RiotACT @The_RiotACT
A sexual assault survivor explains how she was inspired to speak out about her domestic abuser by #AustralianoftheYear Grace Tame @TamePunk https://t.co/oI3MbK5gAZ (56 minutes ago)

@The_RiotACT @The_RiotACT
A new bridge planned for the village of Towrang, outside #Goulburn, has locals split over losing their defining isolation https://t.co/9cpg9kfTaZ (3 hours ago)

@The_RiotACT @The_RiotACT
Alan Tse went from a career in a heavy drinking corporate culture to co-founding a Canberra startup that provides beverage options for those who choose not to drink alcohol https://t.co/RUUOzWV8eB (13 hours ago)