The most-read news stories on RiotACT in 2019 tackled topics from road rage to a polar blast to concerns about a Tuggeranong pet killer and a Bitcoin scam. We reported on bad behaviour on light rail, zealous parking inspectors and an earthquake that hit the region.

Making it into this year’s top news stories were articles about freezing temperatures, fire and a generous donation. But the biggest news article of the year was a report from Genevieve Jacobs about claims of chaos and conflict at a Canberra school.

Which stories from 2019 stood out for you? What did you think were the year’s most memorable moments? Let us know in the comments. 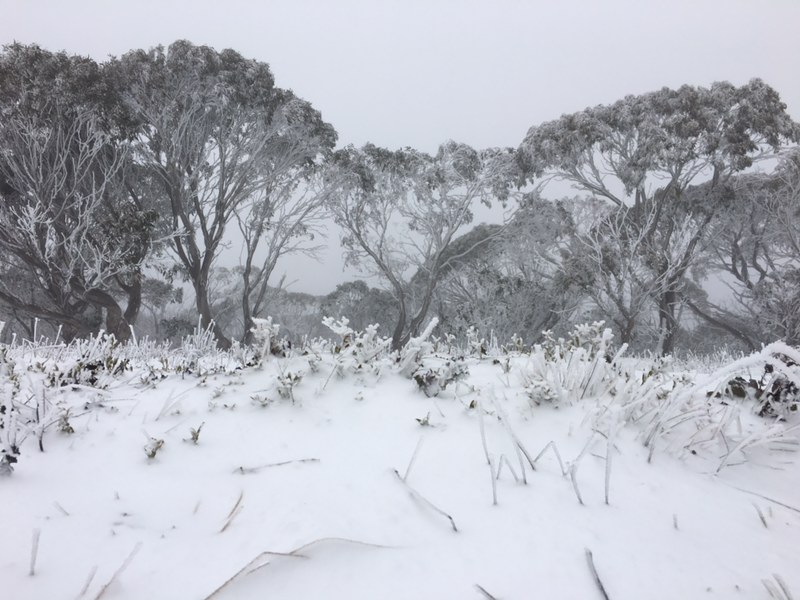 In May, the ACT shivered in the grip of a cold snap that brought snow to higher areas and gave the Territory its coldest May day since 2000, when the mercury could only reach 9.1 degrees Celsius. 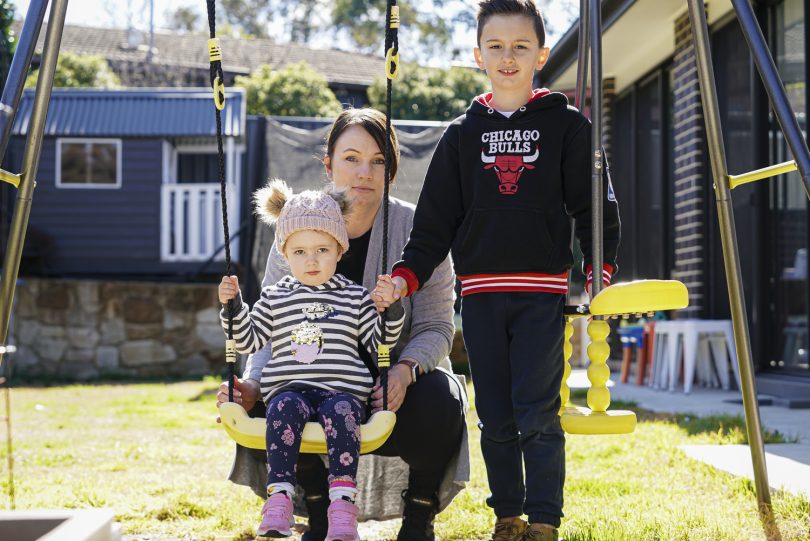 Amanda Bektas with her two children. Her daughter’s placement in child care was terminated when she questioned the child care centre’s fee increase. Photo: Region Media.

Two families who say they were booted out of a Canberra child care centre after questioning a $20 a day fee rise are still waiting for their bonds to be returned, and are calling for more regulation of the sector, wrote Ian Bushnell in August. 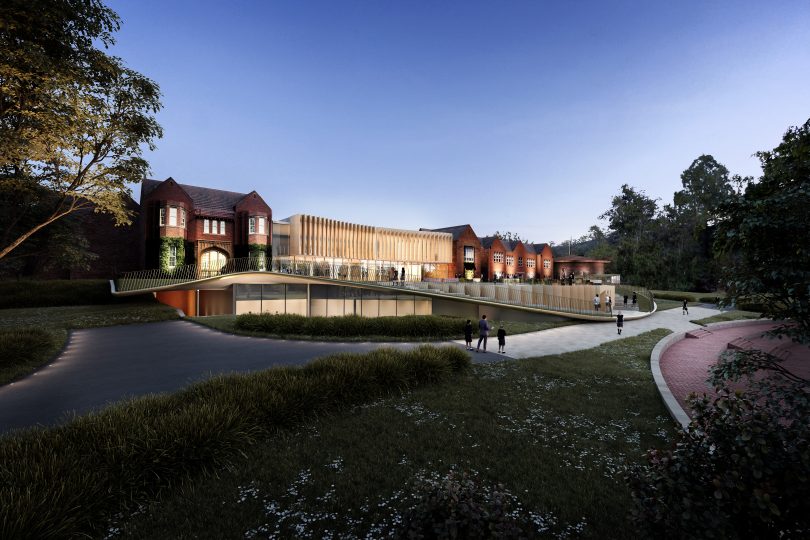 An artist’s impression of the new auditorium and library. Images: Canberra Grammar School.

The news that Canberra Airport owner, philanthropist and Canberra Grammar School old boy Terry Snow had donated $20 million to his former school certainly got Canberra talking in 2019. Lachlan Roberts wrote that the donation, believed to be the largest endowment to a school in Australian history, would be used to fund a 1,400-seat auditorium, a music centre and a library.

In March, Lachlan Roberts brought us the news that Canberrans could start planning their trip on the new transport network before its launch at the end of April, with the Government promising one month of free travel on the new bus and light rail network.

A nurse was reportedly stabbed in the back and the neck in a Canberra Hospital car park. Photo: George Tsotsos.

In March, the Canberra Liberals called for extra security for staff coming and going from the hospital at night after a nurse was stabbed in the hospital car park.

5. ACT home to another bikie gang as notorious Satudarah rolls into town 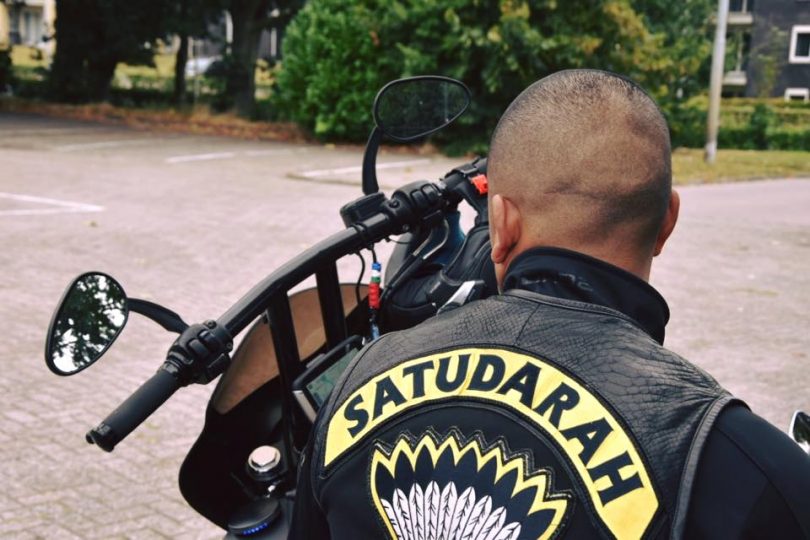 Satudarah means “one blood” in the Malay language. Photos: Facebook.

Canberra became home to four outlaw motorcycle gangs including one of Europe’s most dangerous bikie gangs after ACT Policing revealed the notorious Satudarah gang had established a chapter in the nation’s capital. Lachlan Roberts wrote that the Satudarah join the Rebels, the Comancheros and the Nomads with chapters in the ACT, less than a year after the Finks tried and failed to establish an ACT chapter last year.

4. Canberra mum saves babies from car seconds before it explodes in flames 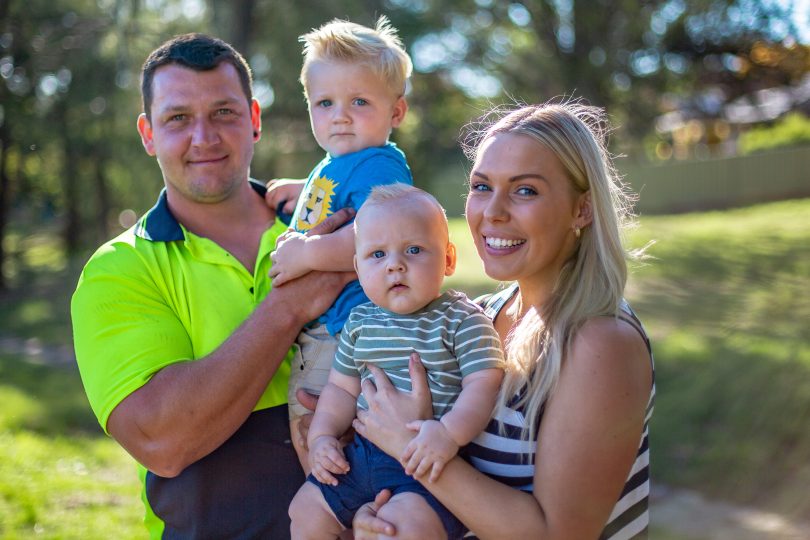 Catherine Mayes is “unbelievably thankful” that she got her babies out of the car in time. She is pictured here with her sons Tommy (21 months), Hunter (five months) and partner John Stasik. Photo: George Tsotsos.

In a heart-stopping rescue, a Canberra mother saved her young sons from a car seconds before it exploded into flames in the car park outside Gordon Adventure Playground in April. Glynis Quinlan reported that quick-thinking Catherine Mayes bravely rescued Tommy (21 months) and Hunter (five months), with CCTV security footage highlighting how close a call it was. 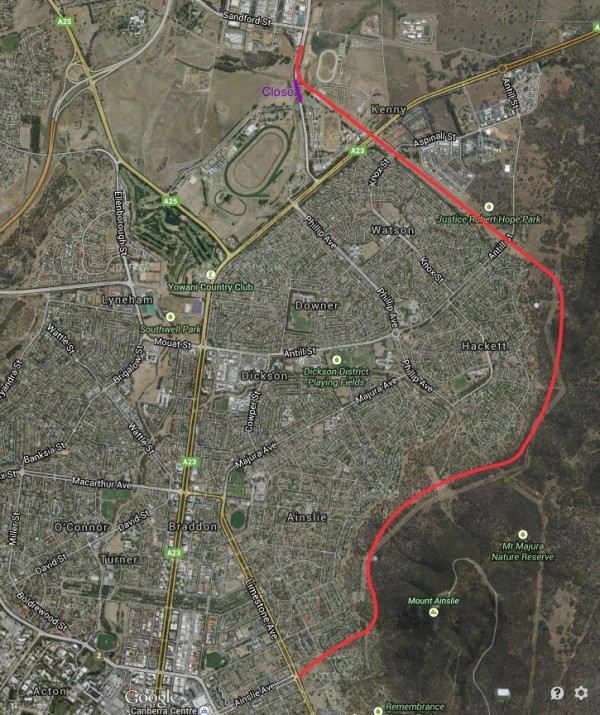 The ACT Government has asked that the ‘ghost road’ be taken off the map. Image: Google maps.

Monash Drive is a road going nowhere but the National Capital Authority refuses to take it off the map, wrote Ian Bushnell in March. He reported that the ACT Government had called on the Federal Government to intervene so the proposed road, which this Government says it will never build, never becomes a reality. 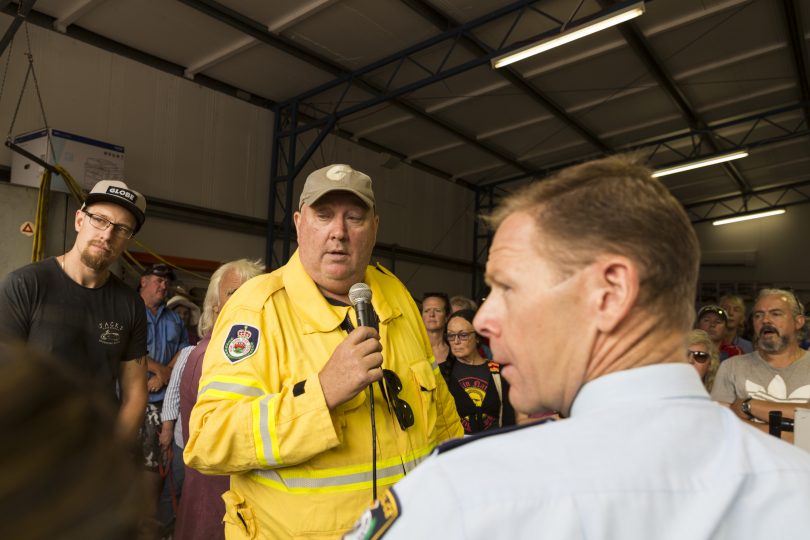 Ken Hall at the Long Beach fire briefing: “Leave by 9:00 am tomorrow. Be prepared to be away for a week.” Photo: Elise Searson.

RFS Fire Deputy Incident Controller Ken Hall had a grim message for residents of Long Beach, Maloneys Beach and North Batemans Bay at a briefing as the Currowan fire threatened, wrote Elise Searson in December. “Leave by 9:00 am tomorrow. Be prepared to be away for a week. If it [the fire] hits Cullendulla it’ll be going in that North Batemans Bay area about the same time, so leave tomorrow morning.”

Most residents had questions about how much more time they had to prepare their homes for the fire. The answer: “Not much.”

In the number one spot this year was the news from Genevieve Jacobs that Brindabella Christian College was in chaos. She reported that a standoff between the Board and the rest of the school community had resulted in the departure of the fifth school principal since long-serving head Elizabeth Hutton stepped down in tense circumstances in 2015.

Join us tomorrow for a look back at the top opinion articles on RiotACT in 2019.

The continued concretisation of the Bush Capital.

Robert Knight - 22 minutes ago
Am I the only person who sees no architectural value in this building at all? I think it’s an ugly monstrosity. A brutal mo... View
Neville Mercer - 7 hours ago
Wasnt the Center cinema part of the Academy Twin Cinema group at Paddington? View
News 1

Acton - 2 hours ago
As baby boomers pass into the final stage of life we will need more palliative care at hospitals, hospices and especially at... View
Breaking 1

Matthew Soall - 4 hours ago
Maybe ANU should be more focused on teaching students then running the place like a business. View
Capital Retro - 5 hours ago
The alarm bells are ringing now: https://www.abc.net.au/news/2021-04-23/anu-unveils-162-million-budget-deficit-due-to-covid-1... View
David Hennessy - 6 hours ago
Can’t imagine this ending other than positive View
Opinion 63

Naoko Lamb - 7 hours ago
Very tasty soup, noodle and chashu. The service was quick and friendly and the atmosphere of the shop was vibrant and welcomi... View
News 4