Community is important to Canberrans, and at Region Media we love covering the stories that make you laugh, cry or start a conversation.

In 2020, we reported on everything from heartfelt farewells to love in the age of COVID-19.

This list contains a dozen of our stories you enjoyed the most. Scroll through to find out what made it to number one. 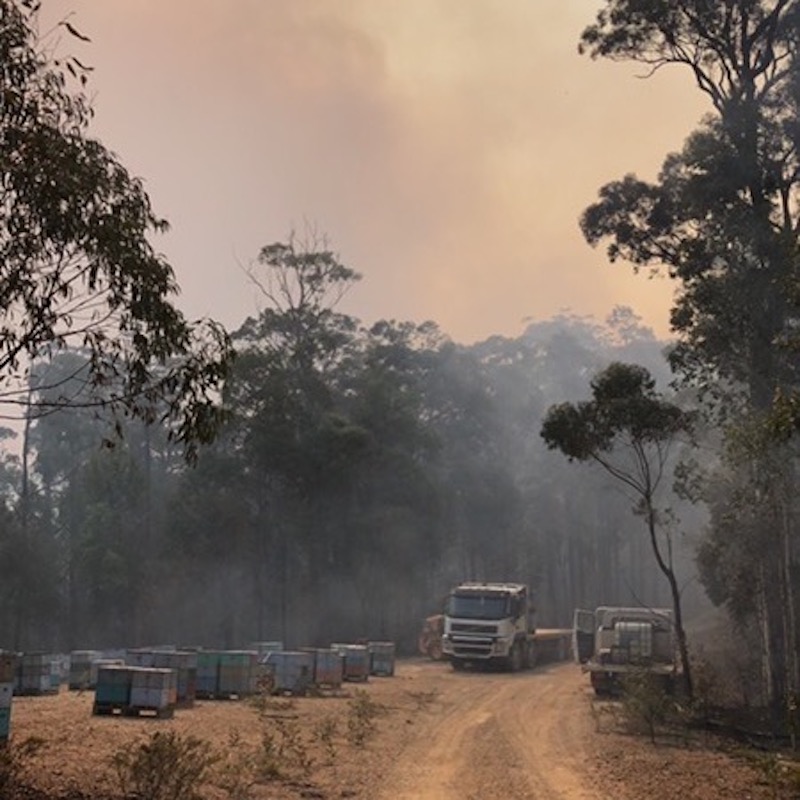 The Kershaws retreat from one of their NSW South Coast sites as bushfire approaches. Photo: Supplied.

2020 began in a haze of bushfire smoke and flames, the likes of which we hope to never see again. Already in crippling drought, southern NSW was under threat from bushfires on numerous fronts.

One local apiarist, who scrambled to pull thousands of his bee hives from the path of the Currowan blaze, spoke to Region Media‘s John Thistleton about the challenges beekeepers would face in the months ahead. 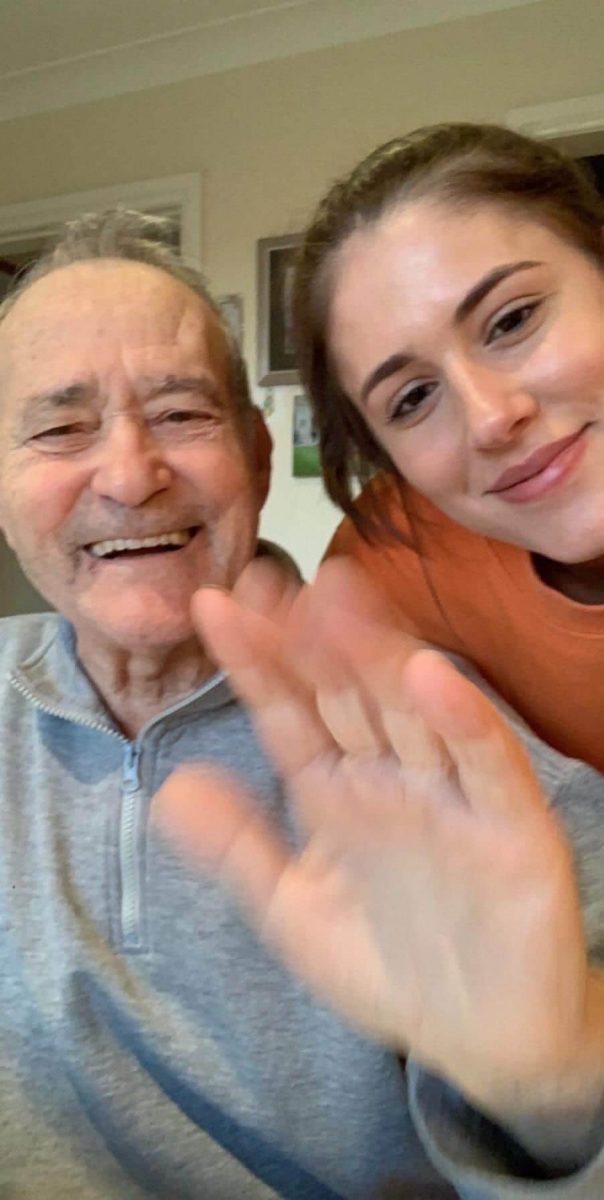 Domenico Barilaro – who died on 22 July, aged 79 – with his granddaughter, Domenica. Photo: Supplied.

When Domenico Barilaro died in July, Queanbeyan lost one of its most beloved and community-minded citizens.

Domenico had been knighted by his home country, Italy, and was revered in the NSW town he called home.

The adopted father of Queanbeyan’s Italian community, he was farewelled at a private funeral after he died, aged 79, on 22 July.

10. After 40 years, the iconic Beyond Q is writing its final chapter 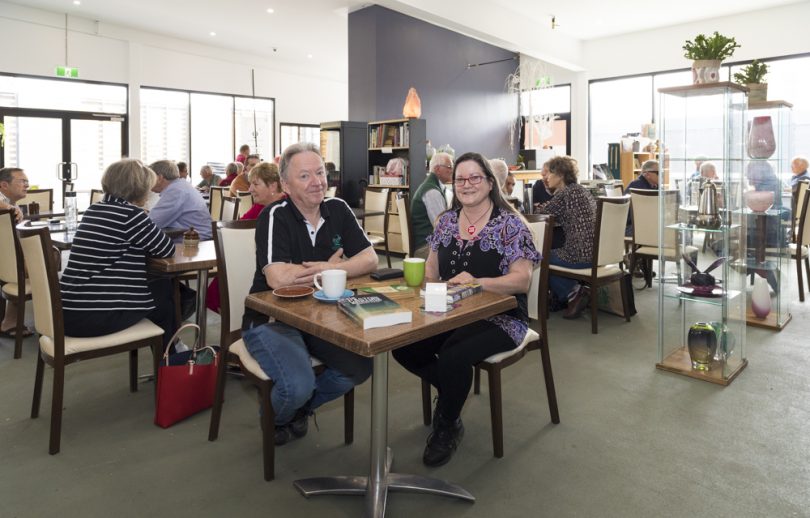 Bushfires and the COVID-19 pandemic became the hallmarks of 2020, and businesses found the going tough. The famous ‘book door’ of Beyond Q bookstore was one of the casualties of a year like no other.

The bushfires and pandemic made trading tough, but it was a disagreement with the landlord that sealed its fate after 40 years serving Canberra book lovers and providing a venue for local musicians.

9. Canberra distilleries get into the spirit of sanitiser 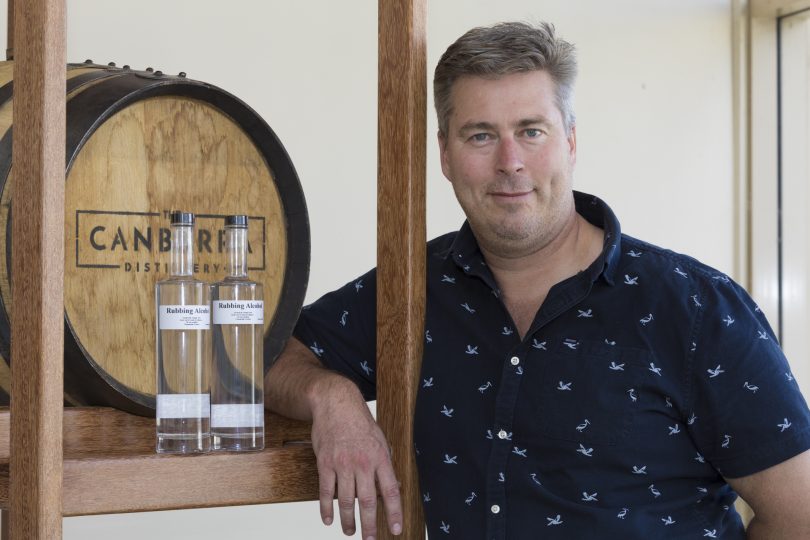 Tim Reardon from The Canberra Distillery with the rubbing alcohol that will be used by health workers as a sanitiser and for sterilising. Photo: Michelle Kroll.

Canberra distilleries literally got into the spirit of the COVID-19 response by joining a coordinated effort to turn their products into hand sanitiser. The Canberra Distillery turned grapes spoiled by bushfire smoke into rubbing alcohol, while Unicorn Spirits turned what was supposed to be vodka into sanitiser for local legends on the frontlines battling the pandemic.

It may have been the best thing since turning water into wine.

8. The Jennings Germans and the town they helped to build 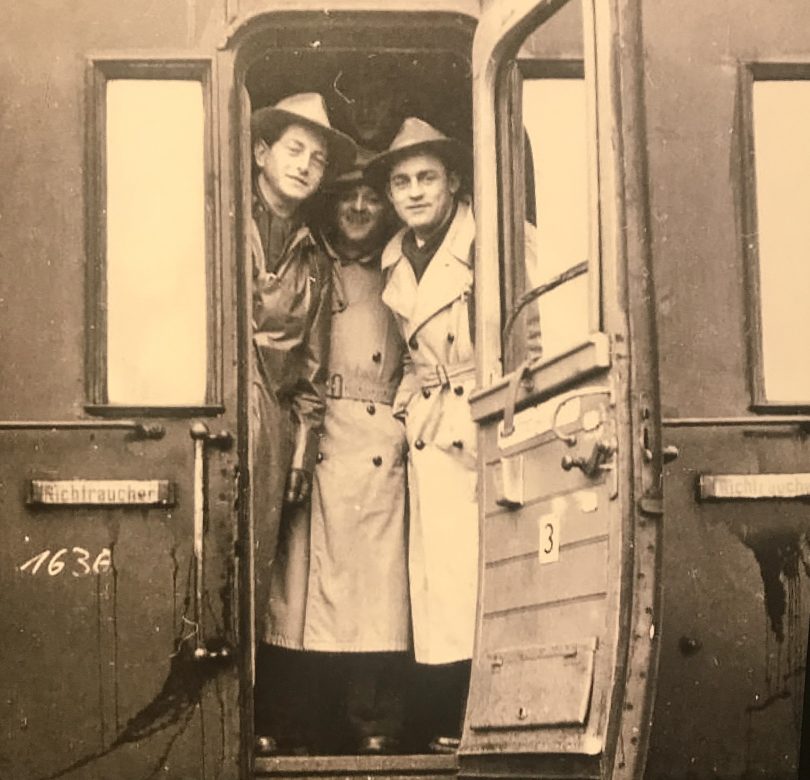 Was your house built by the Jennings Germans? The postwar housing boom in Canberra made use of an initially unlikely but ultimately extremely effective workforce, with 150 young German builders engaged by AV Jennings, which helped lay the foundations of our multicultural city.

The story of their life and work in Canberra is intrinsically linked with the way the nation’s capital developed.

7. Who took Mario? Quest begins to find the life-size cutout taken from Gungahlin 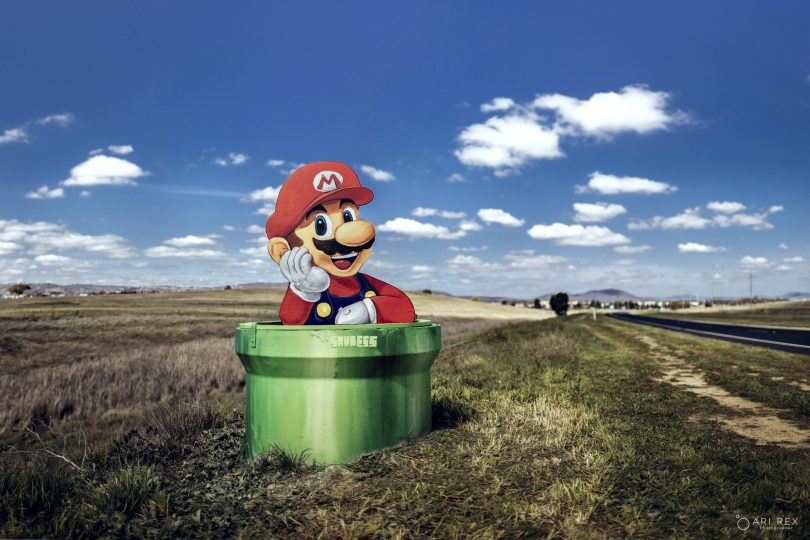 A life-size cutout of the cult cartoon figure was karted off from Gungahlin Drive and readers were up in arms.

There were sightings of the Mario caricature around Canberra, but he has never returned to his home atop a concrete air-pipe.

“The world would be a much happier place if epic cartoon characters such as Mario are placed around everywhere,” said Canberra photographer Ari Rex, who captured an image of Mario before he vanished. 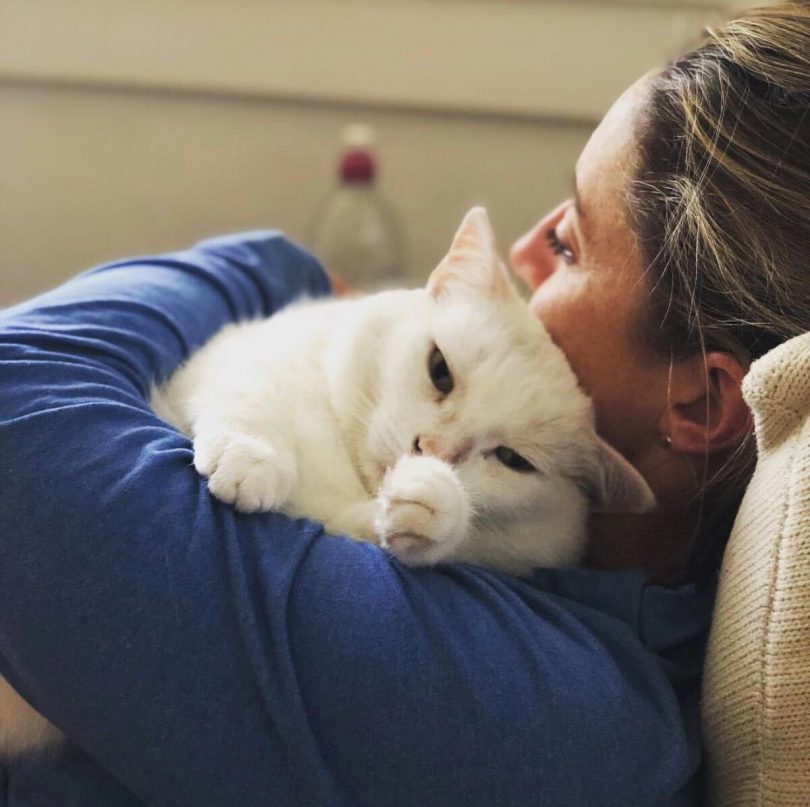 When four Canberrans catnapped a much-loved pet from the NSW South Coast, they probably thought they’d pulled it off purr-fectly. But they hadn’t counted on the power of social media and the lengths owners Zoe and Andy Pedashenko would go to in the quest to find their pampered pet.

The aptly named Cat was having his usual stroll on Malua Bay beach on Sunday, 5 October, when he disappeared at about 6 pm. The tale from there proves truth can be stranger than fiction.

5. Manuel’s back ‘home’ at Ainslie IGA and its famous wall of cheese 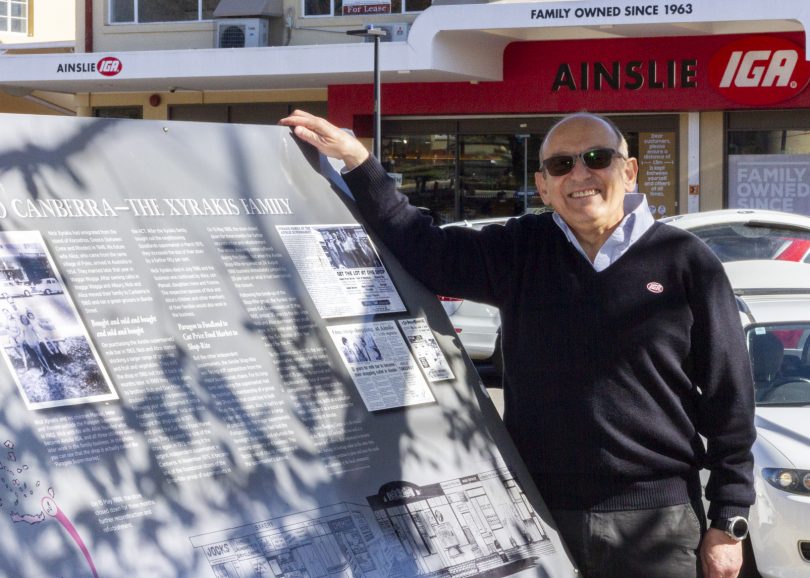 Manuel Xyrakis is part of the fabric of the Canberra community. Photo: Michael Weaver.

Manuel Xyrakis is an institution in Canberra. After an enforced break due to COVID-19, he was back at his ‘second home’, Ainslie IGA supermarket.

Manuel always wanted a cash register for Christmas and had aspirations of being an accountant.

Instead, he inherited a supermarket that has a legendary wall of cheese.

4. Time is up for Braidwood’s historic poplar avenues 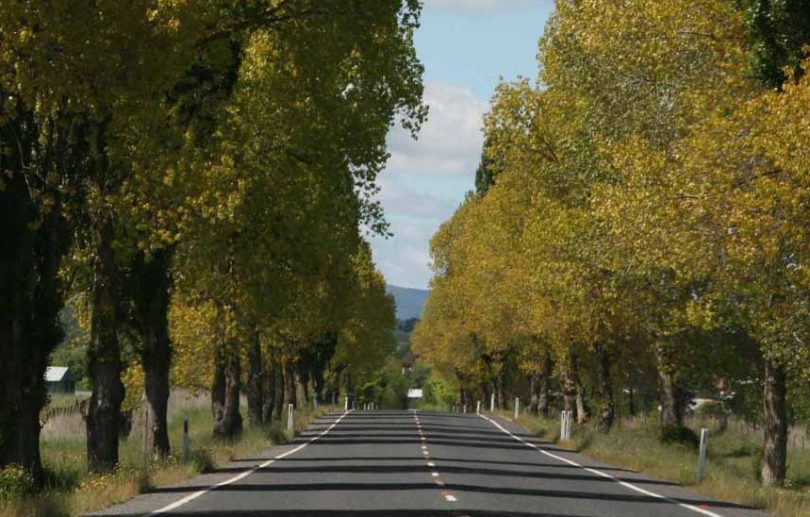 A well-known landmark that is familiar to many people who travel the Kings Highway was earmarked for the chop. The ageing trees along Braidwood’s poplar avenue were deemed a roadside hazard because they were too close to the highway, and there have been several fatalities on the straight stretch of road during the years.

Kings Highway is the main route between Canberra and the NSW South Coast.

3. Love in the age of COVID-19: Doug and Dimity’s special day is one to remember 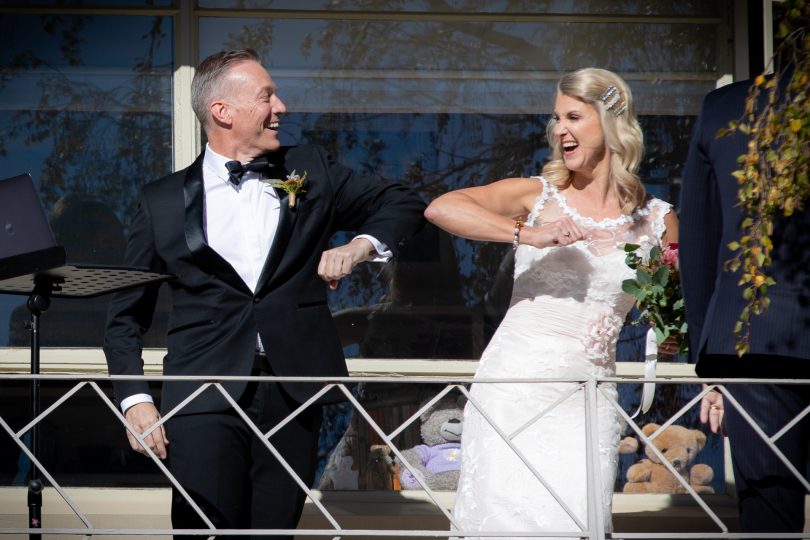 Canberra couple Doug and Dimity had grand plans for their wedding until social distancing laws threw their plans into disarray. But they found a novel way to make the day memorable, thanks to Canberra Small Weddings.

In the age of COVID-19, walking down the aisle among friends and family was never an option. Instead, Doug and Dimity asked their guests to turn left, turn right and park their cars to form a very COVID-19 wedding aisle.

“Today is either going to be a triumph of technology or a heap of us arguing about internet connections, but laughing our asses off,” Doug told Region Media while in a barber’s chair getting a haircut before the wedding. 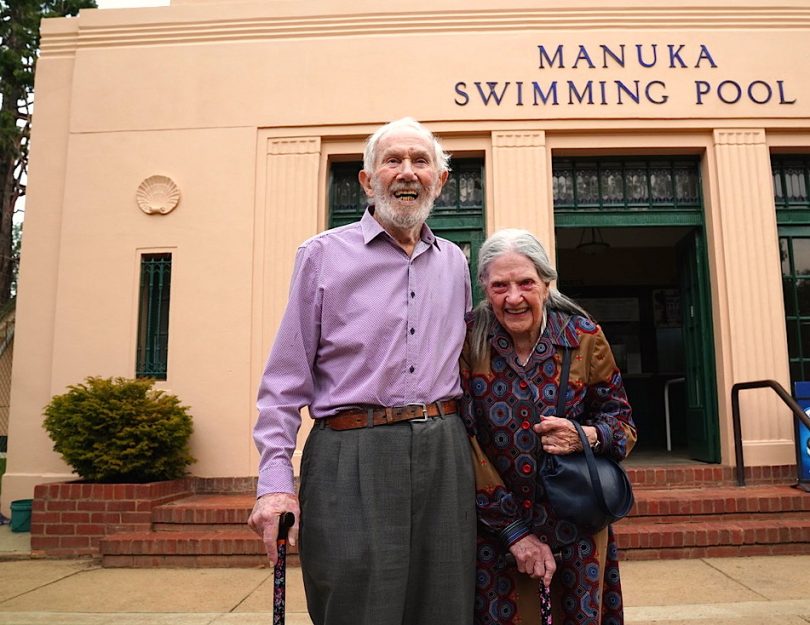 Part of the fabric of Canberra’s story, Merv and Beth Knowles during the opening of the Manuka Swimming Pool in November 2019. Photo: Michelle Haywood.

When Manuka Swimming Pool reopened after its winter shutdown, it did so without Merv Knowles – who was there when it opened it 1931. Merv died on 14 July, 2020, aged 98. Five days later, his wife, Beth, also passed.

Michael Weaver paid tribute to this beloved Canberra couple, who had been married for 74 years.

Merv swam more than 25,000 laps at Manuka – the equivalent of swimming from Canberra to Woolgoolga on the Far North Coast of NSW. 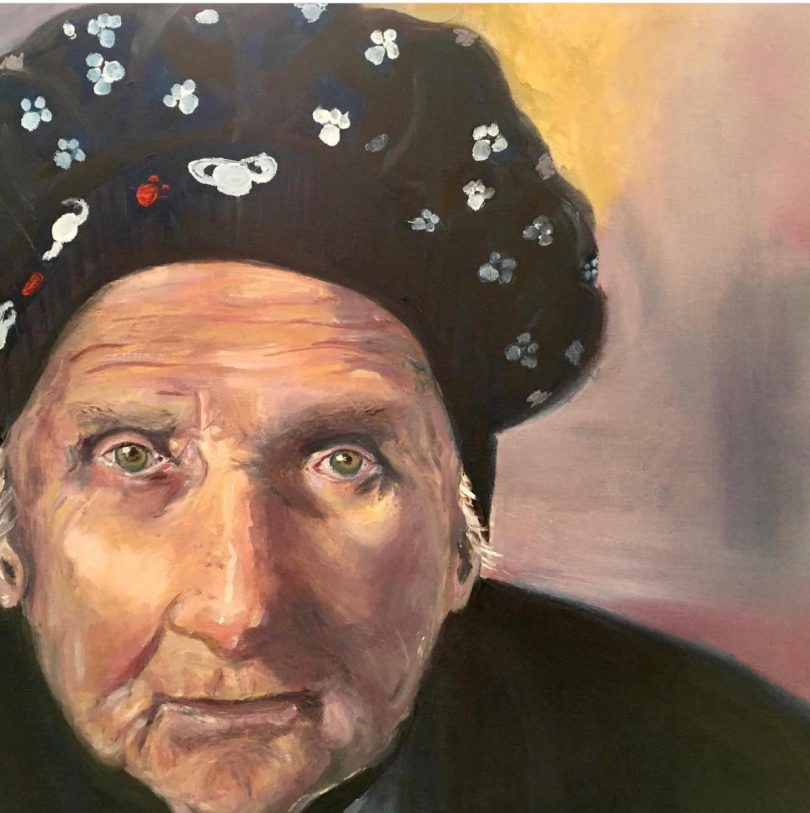 Stasia Dabrowski, known to generations of Canberrans as The Soup Lady, died at the age of 94 in August 2020. She spent decades serving homemade soup from her corner in Garema Place to all comers, whatever their needs.

Stasia had run the weekly soup kitchen since 1979, continuing with dogged determination well past retirement age and earning a debt of gratitude from many for who she epitomised kindness.

She greeted everyone who approached her with generosity and without question, including those who were struggling, and even when her help was met with aggression. She was mourned by a community made better by her presence.