An artist’s impression of the public housing properties to be built in Dickson. Image: ACT Government.

Construction has begun on an additional 21 public housing properties in Dickson as a part of the ACT Government’s renewal program.

The mix of two and three-storey buildings will contain two, three and four-bedroom apartments, as well as two-bedroom town houses.

Speaking at a sod-turning event on the site, Housing Minister Yvette Berry said the Dickson development continued the program’s focus on improving public housing through the renewal of older, less efficient homes and increasing the number of properties that are designed and built to provide more choice and meet the different needs of tenants.

She said it had been designed to consider the best use of the area and block size to create a sense of space and privacy between homes and neighbours.

“The Growing and Renewing Public Housing program is increasing the portfolio’s flexibility to support the provision of safe, secure and sustainable homes that are close to services and transport for more people in need, regardless of their abilities or circumstances,” she said.

Ms Berry said there would be a range of people with different needs living in the complex which should be completed by the middle of next year.

She said all dwellings would have wider accessible doorways, the Class C homes would allow people to age in place and others would be fully accessible to accommodate wheelchairs.

There is a long wait for public housing in the ACT with more than 2700 on the waiting list – more than 1600 with high needs, nearly a 1000 needing standard homes and almost 200 assessed as priority. 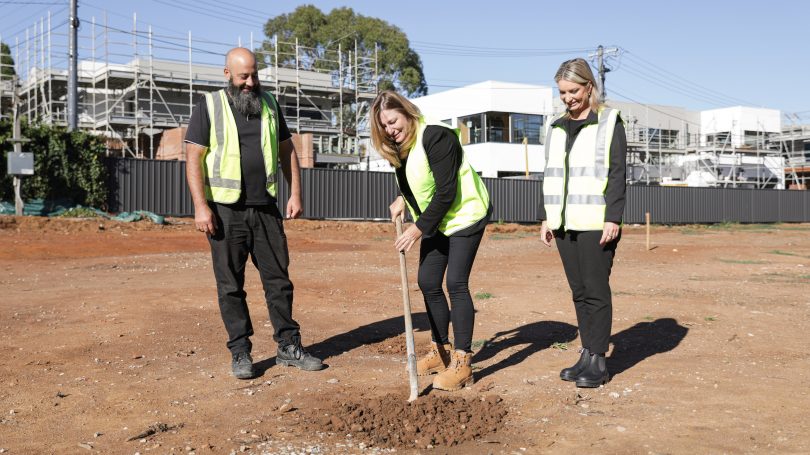 The average waiting times, according to the Community Services Directorate website, are 1340 days for standard housing, 867 for high needs and 267 for priority.

Ms Berry said that by the end of the program 20 per cent of the ACT’s stock will have been renewed.

“We have some of the oldest public housing stock in country so we want to make sure that these homes in the ACT meet the needs of people now but also as they age in the future, ensuring they’re available for those who might have difficulties and needs for more accessible housing as well,” she said.

Ms Berry said the ACT spent more per capita on public housing than any other state or territory and had always called for the federal government to do more.

“If there was skin in the game from federal government in providing additional financial support, I could see that across the country we would have more affordable housing for people who need it most,” she said.

Ms Berry said the current program was also focused on building quality homes that were more sustainable and easier to maintain, something that would reduce the government’s upkeep bills.

The government says the Growing and Renewing Public Housing program will deliver 1000 homes that are more modern, high quality and efficient to help improve the quality of life for tenants.

But welfare groups such as the ACT Council of Social Services say that there is a shortfall of 3000 affordable dwellings in the ACT and skyrocketing rents and low vacancy rates are making the situation worse.

This whole issue is an example of ideology triumphing over practicality, something to which we have become all too accustomed under this government. Why does the ACT Government sacrifice quantity and therefore need by requiring that public housing be located in all areas, even the most expensive? After all, if you decide not to build public housing in an area where land prices are pushing $2m and decide instead to build where the price is more like $500k, by definition you are going to be able to provide much more housing. But of course, because we are led by a government that believes in hard core socialism at work (other than near where THEY live), the opportunity costs of its public housing policies must be ignored in favour of something it childishly believes will deliver “equality”, regardless of the social cost to tenants and the opportunity costs imposed on those on a growing waiting list. Talk about a waste of scarce resources.

By the way, why is the government hellbent on providing a separate dwelling for every tenant, regardless of not only need but also what may work? For instance, why is the government ignoring the old style concept of hostels, something that could work if operated efficiently and securely and that could provide shelter over a period while the individuals concerned searched for more permanent detached, semi-detached or unit-style accommodation? Done properly, and I do mean properly, this could get roofs over a lot of heads very quickly, enable homeless people to qualify for Centrelink benefits (by giving them an address) and possibly even provide a base from which the tenant could be helped to address the issues or problems that caused their homelessness in the first place. What am I thinking? Far too pragmatic!

Canberra has more public housing per capita than any other state or territory in Australia. But we need more?

A lot of focus on the number 21 in these comments. Less focus on the number 1000:
“The government says the Growing and Renewing Public Housing program will deliver 1000 homes that are more modern, high quality and efficient to help improve the quality of life for tenants.”

People are too lazy to actual read the article and comment on the headline. You see it all the time.

I guess that means at least 21 families from the thousands of inner city public housing dwellings they sold off to developers can move back into the city. The rest of them can rot out in the distant suburbs with little public amenities and services. Shame Labor/Greens Shame.

Jeff Smith from what I read at the time, some of them wanted to move because of the state of the properties they were in…I dont think all want to return…just saying

Linda Stapleton You don’t think they’d be at least 21 people from all those flats in Civic who’d want to return to the city? I presume many of the former tenants would have happily stayed in Bega, Northbourne or Currong flats if the government had maintained the properties to a reasonable standard.

Most cities have housing shortages nothing new

Would you rather none?? Keep going ACT govt. every new place is a plus! Lots more one beddies ASAP!

Now a cynic would say something about all the public housing demolished along Northbourne Avenue and it being replaced by private property. A reasonable person would realise that that corridor now being valuable due to the light rail was purely coincidental. I’m sure no one profited from that transfer of public land to private land.

21? Why so many? Now you can forget about building new ones for a whole decade… Thanks ACT Gov!

I don’t understand having 4 bedroom apartments. Surely these would be needed for families? Where would the kids go to play? Would there be noise complaints?

Why not fix/renovate the current houses??

Rhonda Maxwell Yeh! I suppose you’re right…we had heaps of $$$$$ but was spent some where else…I wonder where???

Charlie Karmenu Flask yes like elderly living in falling down damaged units in ACT Government housing. 3 breakins one elderly tenet been punched in the face all because its easy to break in through broken doors

It’s a start but a long way to go sadly

William Coats It really wasnt a bed of roses under the other party either mate… I love how Liberal supporters make believe that under the Liberals, life in the ACT was all raibows and fairies and magical unicorns… it was just as difficult, actually in many respects it was a freaking lot more difficult… they, both parties, have their failings … grow up…

How many public housing properties did they demolish to make way for apartment blocks? 21 flats isn’t going to be quite enough.

If they fixed up the old ones and not leave them vacant, then that would help 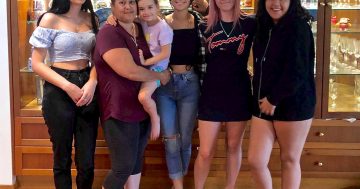