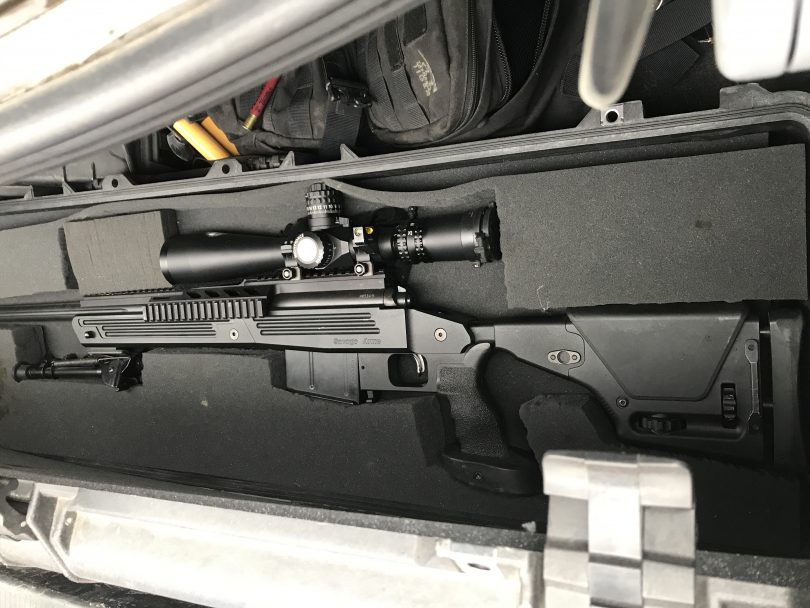 A 30-year-old man found with guns, including a bolt-action rifle, ammunition and police badges will face the ACT Magistrates Court today after a targeted operation by ACT Policing’s Crime Disruption Team.

Police said the man was arrested on Thursday morning (4 October) about 11am when AFP Specialist Response Group (SRG) members raided an address in Higgins.

The man was in a white Toyota Landcruiser in the driveway, but police said the Landcruiser had number plates attached that were registered to a Mitsubishi Magna.

A search of the premises resulted in many stolen items being located including two Australian Federal Police (AFP) badges, a sawn-off shotgun, a bolt-action rifle, a ‘Stop Stick’ tyre deflation device, and three motor vehicles.

About 1500 rounds of ammunition for various firearms was also found on the premises. 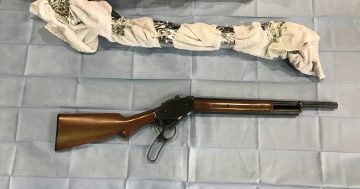