360 to bring Utopia to Canberra

Hip Hop sensation 360 is gearing up to take his new album on tour, stopping off to play the University of Canberra on Wednesday 3 September.

I caught up with him to talk new music, Iggy Azalea and Canberra’s club scene. 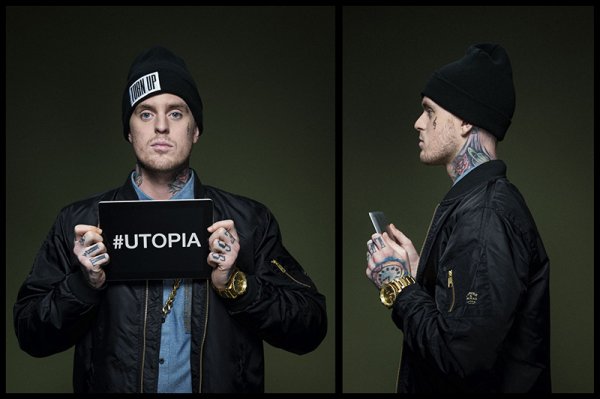 What song are you most proud of from the new album Utopia?

To be honest I’m proud of most of it, but Purple Waterfall is probably my favourite because it feels to me like it’s at an international level. There’s also a song called Early Warning, which is about my brother. It’s a true story and it’s quite confrontational and full on.

Do you think your music’s getting a bit more serious as time goes on?

Yeah, this album’s definitely darker than my previous stuff.

What’s it like being such a polarising figure in Australian music?

It’s good, I think that’s fine. One thing about my music is that people are forced to have an opinion. They either love it or hate it, rather than just thinking “oh that’s alright, it’s not bad”. They actually have an opinion and want to speak out about it.

You’ve done some pretty interesting collaborations throughout your career, any hints for who we can hope to see coming up in the future on 360 tracks?

I can’t say anything right now, but just imagine some of your favourite rappers from America. If it all works out it’s gonna be amazing.

Do you have plans to crack the American market?

Yeah I’d love to crack the American market, that would be a dream. I’ve just travelled to New York and LA recently with my manager and met with some people. There’s a fair bit of interest to put the album out over there and get it cracking so hopefully it works out.

Do you think Americans will like Australian hip hop given that it’s quite different to their style?

Yeah it’s totally different. Even though Iggy Azalea doesn’t do Australian hip hop, just the fact that she’s Australian has probably opened a lot of minds towards Australian rappers.

Are you a fan of Iggy Azalea? She’s famous for not being super popular with Australians.

I think good on her for having the success that she’s had. A lot people say she should rap in her normal accent, but we should be proud that we’ve got an Australian who’s just had the number one and number two songs on the Billboard charts. No one’s done that since the Beatles. And that’s an Australian chick, so why do people try to tear her down? That’s something that Australians seem to do a lot, I guess it’s bit of tall poppy syndrome.

Speaking of which, there’s a reference to tall poppy syndrome in your film clip for Price of Fame. Is it something that concerns you a lot?

Someone recently threw a beer can at Courtney Love when she was on stage in Adelaide, do you think Australian crowds need to be a bit more polite?

I just don’t understand why you would throw a beer can at someone if you were at their show. You paid to go to their gig, why would you try to ruin it like that? Some artists will walk off stage if they get something thrown at them, so they’re lucky that she didn’t do that. I guess because she’s such a rock star she just kept going.

I’ve had stuff thrown at me, I had a full bottle of Fanta thrown at me. The lid was open so I got covered in Fanta and it actually really hurt, and I got really angry at the guy who threw it.

What’s next for 360 after the national tour finishes up?

We’re gonna work on doing another tour in more regional areas, instead of just doing the major cities. I’m also working on music trying to get some new stuff out. I’ve been writing a bunch of new songs. There’s one I’ve been working on called Digital Age about how people are addicted to their phones. Everyone’s just consumed by Facebook and social media instead of just being social.

Do you not like it if you see people at your gigs filming on their phones rather than just being present in the moment?

I’ve never understood how someone can go to a gig and then just stand there and film it. I’d rather just enjoy the moment. You can maybe film parts of your favourite song or something, but just standing there and watching your phone recording… you’re not really expericing what’s going on around you.

You’ll be bringing your tour to Canberra soon, what’s your impression of Canberrans?

I love it there. Everyone in Canberra parties crazy, it’s insane how hard people go.

We sometimes have a reputation for being a little boring so that’s interesting to hear.

Nah I don’t think Canberrans are boring at all. When I’ve played there it’s always been crazy, it’s great.

Do you have a message for your fans here in Canberra?

Come down to the show, it’s gonna be wild! We’ve got a lot of surprises in store and I think everyone will really enjoy it.

360 will be playing at the University of Canberra Refectory on Wednesday 3 September at 7pm.

@the_riotact @The_RiotACT
The hot #SouthCoast property market is continuing to break records with a home in #MossyPoint selling for $3.35 million https://t.co/J7yLYRfIGb (8 minutes ago)