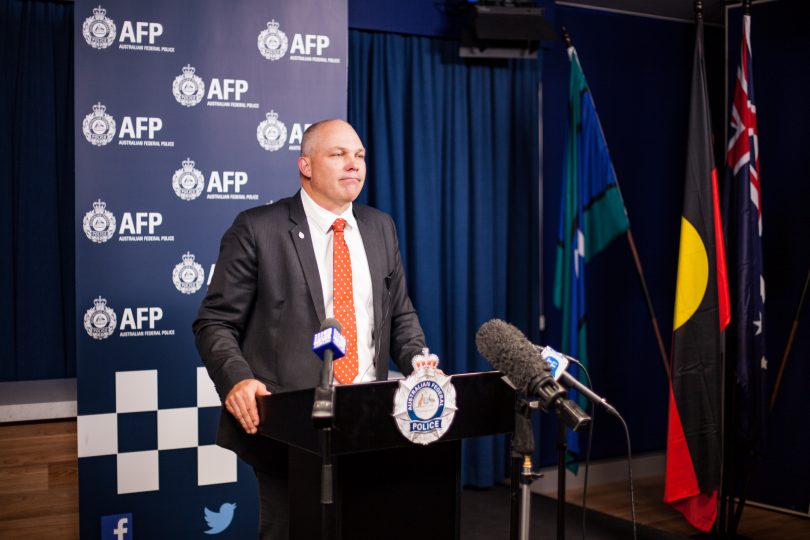 ACT Policing’s taskforce set up to investigate the spate of child approaches across the ACT and Queanbeyan has arrested and charged a third man with committing an act of indecency in the presence of a child.

Police said that around 5pm on 18 September, a 15-year-old boy was fishing at Lake Tuggeranong in Greenway with his parents close by when a man exposed himself. The man didn’t approach or talk to the child.

The boy alerted his parents who videoed the man on a mobile phone before chasing him away and calling the police.

As a result of information provided by the child and his parents, a 40-year-old Kambah man was arrested on Monday (8 October) following a search of his home. The man was subsequently charged with committing an act of indecency in the presence of a child and will face the ACT Magistrates Court today.

He is the third man to face the ACT Magistrates Court as a result of Taskforce Tydeus.

Acting Deputy Chief Police Officer Scott Moller said the man did not resemble any of the previous face-fit images released by police.

“We are looking at all the other offences that have been committed at this stage, but this particular offender is only being looked at for this offence,” he said. “It certainly was a brazen offence and we will do everything we can to stop these kinds of offences occurring.”

Police have revealed there has been another report of a child approach, which takes the number of child approaches since February to 19. Police would not elaborate on any details of the incident at this time as the investigation was ongoing.

When asked how long he expects Taskforce Tydeus to run, Acting Deputy Chief Police Officer Moller said the taskforce would continue to run until all these incidents came to an end.

“If we start to see a decrease in these incidents then we would certainly re-evaluate the resources in the taskforce but at this stage, it will continue to run.”

ACT Policing’s stranger safety tips, which can be found on its website, include:

The quicker police can respond to an incident of this nature, the quicker they can target the area and surrounds to locate possible offenders.

Police are urging anyone who may have any information that could assist police to contact Crime Stoppers on 1800 333 000, or via the Crime Stoppers ACT website. Please quote reference 6269577. Information can be provided anonymously.