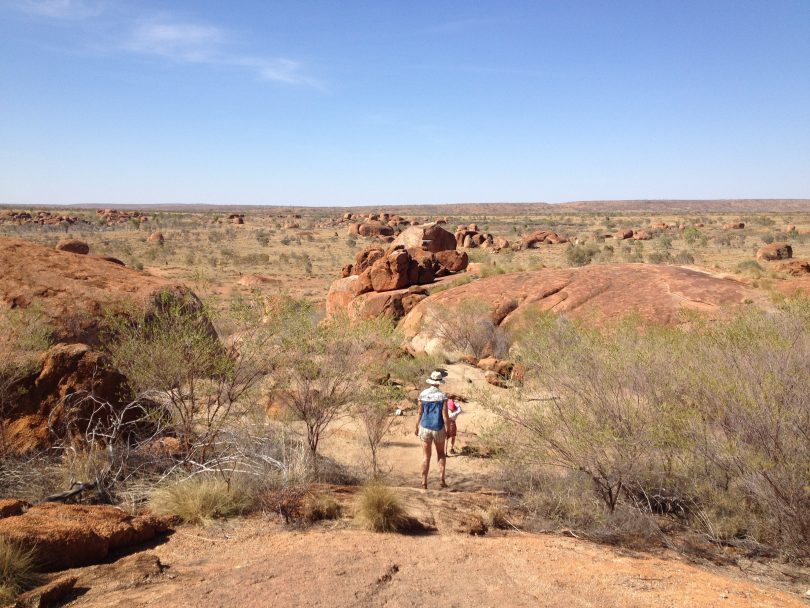 I’m just back from a month-long trip across Australia and I can’t find the toothpaste.

It’s been missing for about a week, lost under the dusty seat of the car or in our exploding piles of luggage still stacked in the lounge room, so I’ve been unashamedly stealing toothpaste from people we’ve stayed with. Not having easy access to everyday necessities is one of the small struggles of travel and is a reason I’ve used for not going on trips in the past.

“What I need is a holiday,” I told my husband firmly. “Not a trip. I just want to relax.”

But some good mates had relocated a few years ago to Darwin, then to Nhulunbuy, a small mining town in Arnhem Land on the Gove Peninsula. Visiting them was too good an opportunity to pass up so the trip was planned: 4000 km from Bega to Port Augusta to Alice Springs, Nhulunbuy and Darwin.

I was uneasy about finally seeing a bit of Australia. A few months ago, I had spoken to an Indigenous man who had grown up in Arnhem Land who told me “it’s different country up there. It’s black up there. People have still got language and culture”. 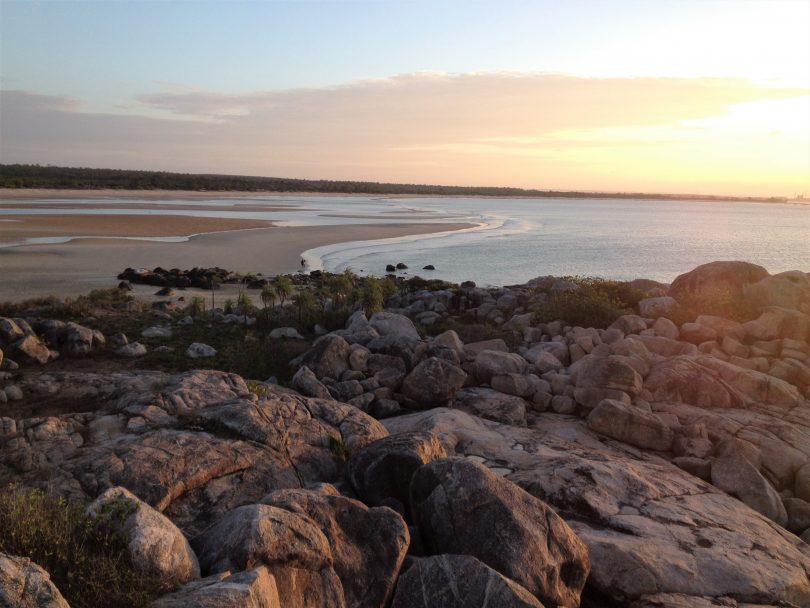 Sunset at Woody’s beach near Nhulunbuy.

In the back of my mind, I was anticipating the arrival of stark truths that hit you in the guts. Massacre. Racism. Division. Distorted histories. After years of being fed small, palatable white versions of history at school, was I ready to face the truth about this land?

Uneasiness soon bubbled into excitement when I realised how big Arnhem Land is and the extent the land is managed by the Yolngu people, a feeling which only intensified when we bought an online permit through the Northern Lands Council to travel the 700 km track from Katherine to Nhulunbuy, a visa of sorts.

All along the track, the bush was in various stages of being burnt, from still smoking to a few years’ green growth. Our friend, who is employed as a ranger by the Northern Lands Council, tells us that people often throw a match out the window as they leave an area, a casual form of traditional burning. 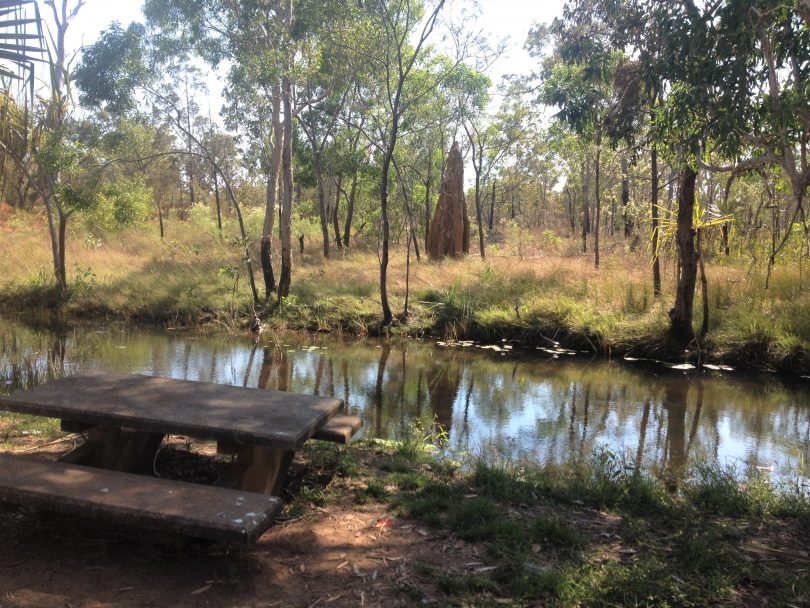 Everywhere we go, there is a lovely casualness about fire, as though everyone understands that it’s a human right to stop and camp, whether in the middle of a footpath or on the beach, a contrast to our south-east forests, dry as matches and dependant on human restraint with fire to survive.

On one of the days, a friend took us camping and we stopped off at Macassans Beach, where people from eastern Indonesia’s Sulawesi island had been coming since at least 1700 to party, work and trade with Yolngu until the Australian Government put a stop to it all in 1909.

The Yolngu tell stories about how happy they were to see the boats every year “the Makassans are coming!” huge tamarind trees, planted by Makassans, still show where their beach camps were. 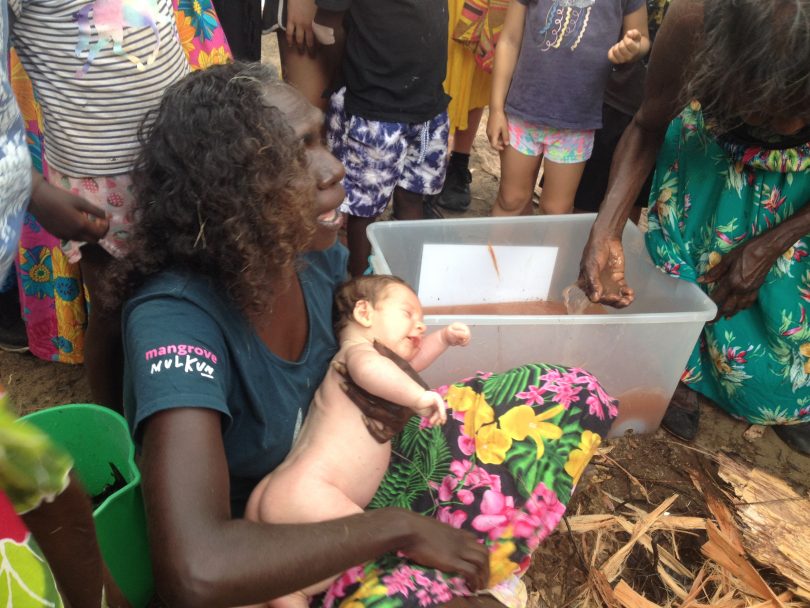 Despite taking in some culture and losing the toothpaste, did I have a holiday in the end? Absolutely!

It’s hard not to feel like you’re on holiday when it’s barely noon and you’re staring down the rapidly melting ice in a gin and tonic, laughing with friends among lush tropical vegetation in heat which seems to melt your bones.

It was sitting on mats with dozens of Yolgnu women at a smoking ceremony, listening to the whir of Yolngu Matha spoken and not understanding a word, eye level with stumbling toddlers, knowing that this was women’s business that stretches back into the darkness of time.

It was wearing slightly mouldy swimmers for days on end, wallowing in crystal clear hot springs, not caring where the toothpaste was and lighting fires wherever we wanted to.

By the time we got to Darwin, my limbs were loose, my skin brown and I felt part of something big.

I still haven’t found the toothpaste, or resolved anything solid about how to think about the wrongs that white people have done and still do to Indigenous people.

But I have a new image in my mind to represent white arrival in Australia, the image of the Yolngu people welcoming our arrival, trading with us as they did with the Makassans for so many years and, after a month or two, starting to murmur among themselves: “when are they leaving?”