A man who recorded a blood alcohol level more than three times the legal limit was just one of 60 traffic infringement notices that were issued across the Easter double demerit period in Canberra.

While officers handed out 60 traffic infringement notices, police also handed out 20 cautions for a range of traffic offences across the Easter double demerit period.

Double demerits will start again from midnight tonight as the second period of double demerits runs from Wednesday (24 April) until Sunday (28 April) inclusive.

All speeding, seatbelt, mobile phone offences and riding without a helmet will cop double demerit points, while all other traffic offences will incur one additional demerit point. 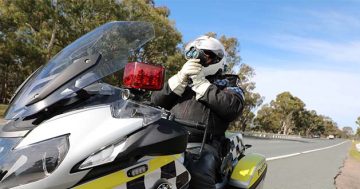