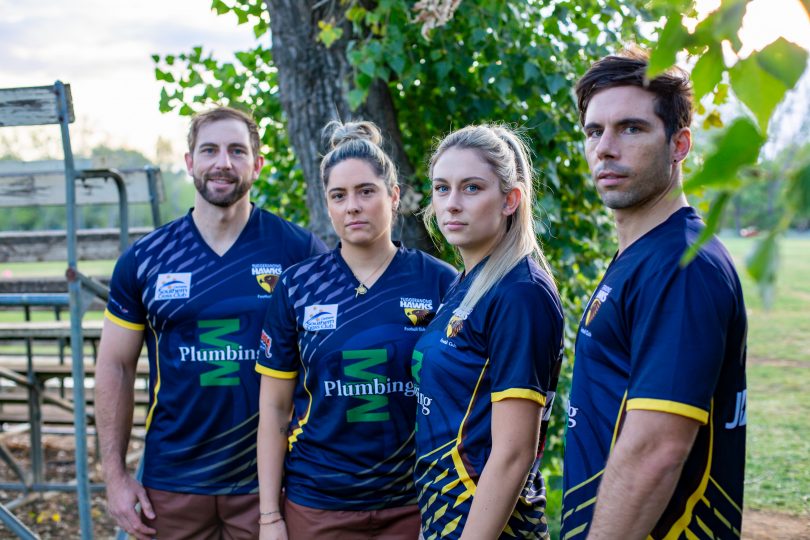 The surname Ghirardello is a well-known one in the Tuggeranong Aussie rules community.

Ray Ghirardello, a former player and coach, is Tuggeranong Hawks director but it’s his four children that have fostered the family legacy at the club.

Anne-Maree, the youngest of the family, played her 100th first-grade game for the Hawks last Saturday afternoon (13 April), joining her brothers Matt and Tim and her sister Kathryn in reaching the milestone at the club.

The four siblings have played through the Tuggeranong Aussie rules junior system before breaking into the first-grade teams.

Matt (170 games), Tim (104 games) and Kathryn (150 games) have been stalwarts at the club, inspiring Anne-Maree to reach the triple-digit goal.

“When I saw Kat play her 100th game, I knew that I wanted to reach the milestone,” Anne-Maree said.

“We grew up playing in the backyard together as kids so it’s pretty special that all four of us have reached the milestone,” Kathryn chimed in.

Thankfully, Anne-Maree managed to get through the game unscathed after the last big family event ended in heartbreak. Kathryn and Matt played their 150 first grade game for the club on the same day in 2017 and it was the last game Kathryn played before she tore her ACL. 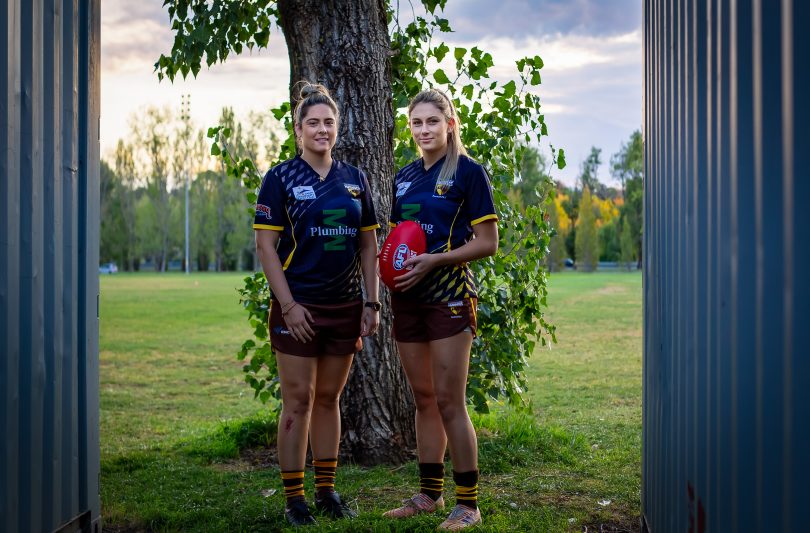 Kathryn and Anne-Maree Ghirardello have played 250 of first-grade games between them.

The siblings have seen the club and competition go from strength to strength over the past couple of decades, and saw the marked increase in numbers when AFLW was introduced.

“We have so many numbers at training now that it is so easy to see the growth at the club,” Anne-Maree shared. “Tuggeranong was pretty high up there for a while until we lost a lot of players so we are in a rebuilding phase but the training numbers are really good.

“We now have a women’s second-grade team and the competition has grown so much.”

The Hawks’ first-grade men’s side has been through hell and back after the side went winless throughout the 2018 season but the 170-gamer Matt was adamant the club had turned the corner.

“Over the past couple of years, we have had players leave to play in the country or with different clubs so we dropped off a fair bit,” Matt said. 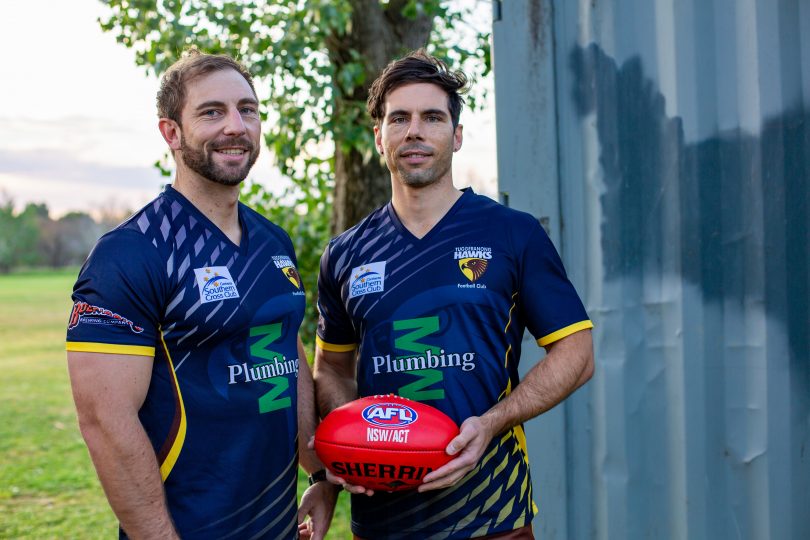 The Ghirardello brothers believe the club is on the way up.

“The vibe is a lot better this year, even though we lost on the weekend. Compared to this time last year, the club is 50 per cent better. Everyone is happy, players are coming back, people are volunteering to help and we have more sponsors.

“After last season, everyone realised something had to change. We couldn’t get any worse so we are on the way up so it’s good to be a part of it.”

By the sibling’s own admission, their father Ray lives and breathes for the Tuggeranong Hawks and the four are adamant the club would not be running if it wasn’t for him.

“He has had a massive influence on everyone at the club,” Tim said. “He barely sleeps some nights because he is up doing this and that for the club. He is one of those people who says yes to everyone.”

#AFLRoyalty such a wonderful family who have committed across every aspect of the Clubs work…just love every one of these people!!! 😍😍