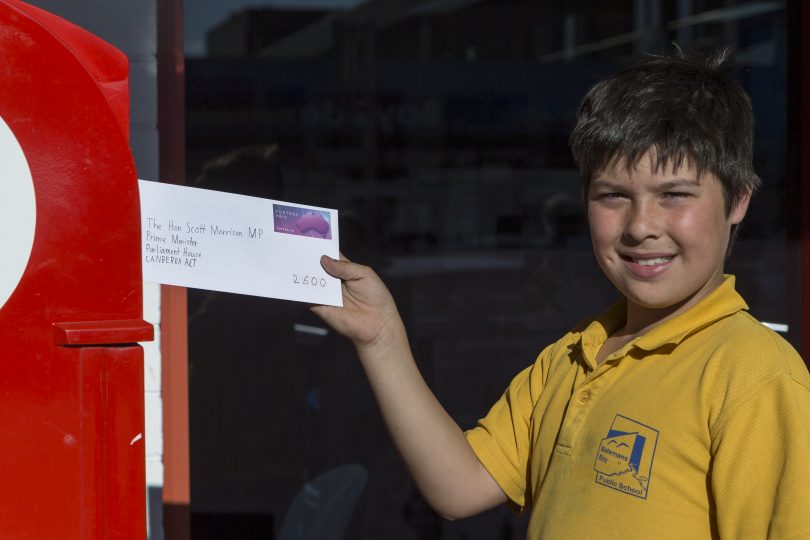 It was a family drive through a bone-dry landscape that inspired Oran Humphries to write to Prime Minister Scott Morrison pleading for money to be sent to the farmers whose livelihoods are being shattered by the drought.

“I was going to Canberra, we were driving through Braidwood and there was just all dead grass and mum has been showing me photos of NSW where it’s just dirt on the farms so I felt sad and wanted to help them,” Oran says.

“Some farmers don’t even have water for themselves; they’ve got to have water out of the tap and nothing comes out.” 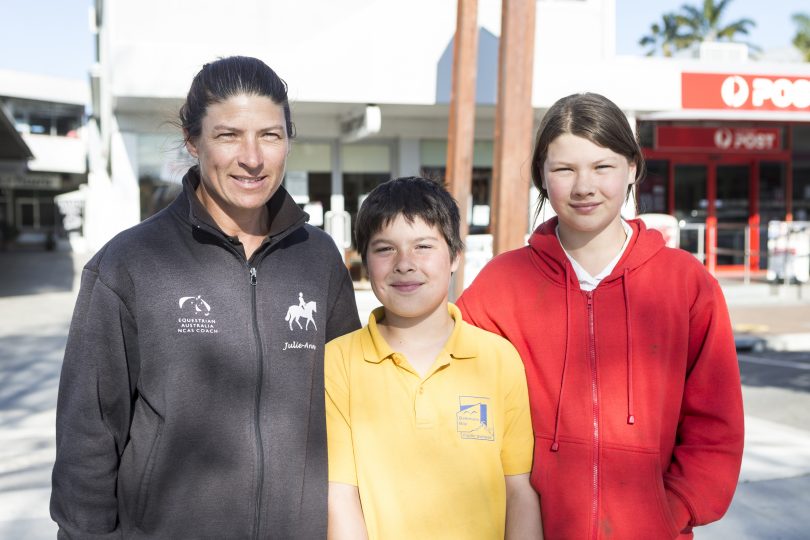 Julie-anne Humphries with her children Oran and Joslyn, 13.

Julie-anne Humphries and her family live on a Eurobodalla property with tank water and measure the severity of the drought in their own backyard by the water bill. “I run horses and I got down to as bad as [having to spend] $300 every fortnight on water at one stage.”

Before Oran put pen to paper he studied the facts then spent the last two months writing to Mr Morrison.

“It’s been quite overwhelming I must say,” mum Julie-anne says. “It started off with Oran just getting a bee in his bonnet and saying – if I’m 10 years old and I can see what’s wrong and they need help out there than why can’t the people in government?”

I can see how bad the drought is right now and what a struggle the cattle, sheep, wheat, sugar cane, and other farmers are in.

Without the farmers in Australia there would not be much Australian food, so please give some money to the farmers.

Why is the government spending so much money (4.2 billion dollars) on other countries aid?

This year Australia has given 33 countries aid and spent 4.2 billion dollars on other countries when you should be giving some money or free hay and water to the cattle farmers so their cattle don’t die.

Ninety nice percent of the farmers in Australia are affected by the drought we are in right now.

Because of the lack 0f food and water in Australia around 500,000 cow’s on our farms have died.

SO PLEASE HELP OUR FARMERS !!

Oran’s letter is another example of children finding their voice and making their feelings known.

The School Strike for Climate in Moruya attracted around 600 people to council’s front lawn.

These dry times have been a talking point at Batemans Bay Primary School as well. The school proposed to raise funds for drought-stricken communities by inviting students to attend school dressed as farmers. But in a sign of just how tough times are, the Humphries say the fundraiser was cancelled due to concerns about the $5 to $10 cost and the impact on local families. 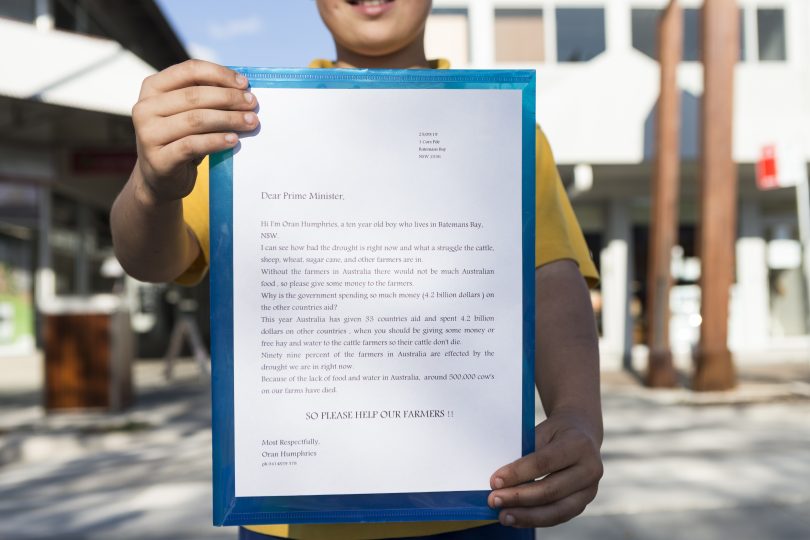 “What I would like us to think about in the future is maybe hosting some of the families from really drought-stricken areas and talking to some of the caravan parks, some of the schools and just letting them have a break because the kids are the ones suffering,” she says.

“They’re there with their mums and dads watching everyone go through this.”

Scott Morrison are you prepared to listed to the concerned young Austrlian who has every reason to be anxious about the climate??