A snake-catcher’s fears for Goulburn bushland 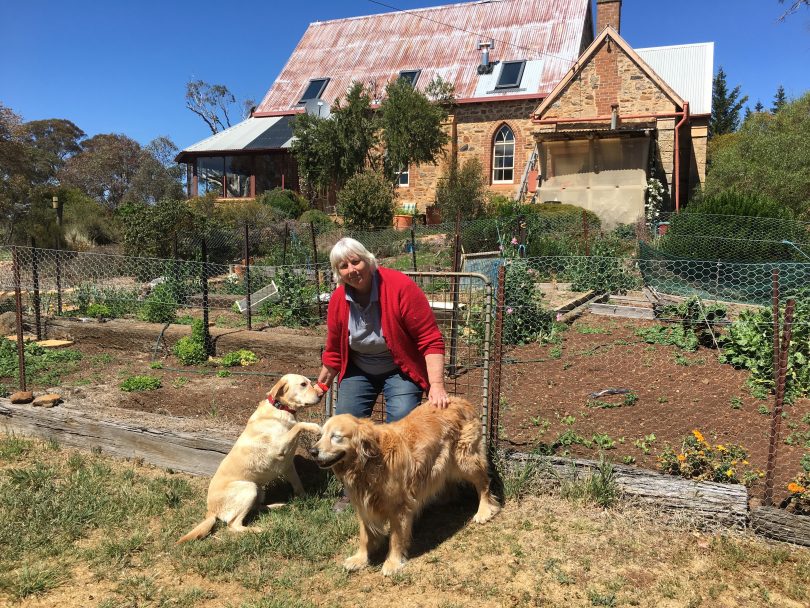 Jenny Ahwell didn’t see either of the snakes which claimed the lives of her two dogs. One was a little, mixed breed dog, the other one a golden retriever. More than likely brown snakes were the culprit. The losses, and expense of antivenin hasn’t changed her reaction to snakes coming on to her place around an old stone church, where she has lived for 32 years. “I don’t kill them, I have learned to live with them,” Jenny says, with her two current dogs Bertie and Took by her side. “I’ve always caught snakes in bags. A bag is the perfect thing to go into, it is a nice, dark hidey hole for them.’’

A stalwart of the Australian Plant Society’s Southern Tablelands group, Jenny has travelled far and wide to re-locate snakes, and no longer has the time as a WIRES volunteer. Protecting and promoting a diverse environment around her is of more concern than unexpected snakes.

Along the road to Jenny’s place at Mummel, and on the Federal Highway near Goulburn, a dainty, endangered paper daisy, Hoary Sunray (Leucochrysum albicans) is flourishing on otherwise barren soil. Elsewhere pockets of poor country are covered in native plants. “I was out on Back Arm Road yesterday, up on a really shaley slope, mainly rocky ground, a hell of a lot of native species are up there,” Jenny says. 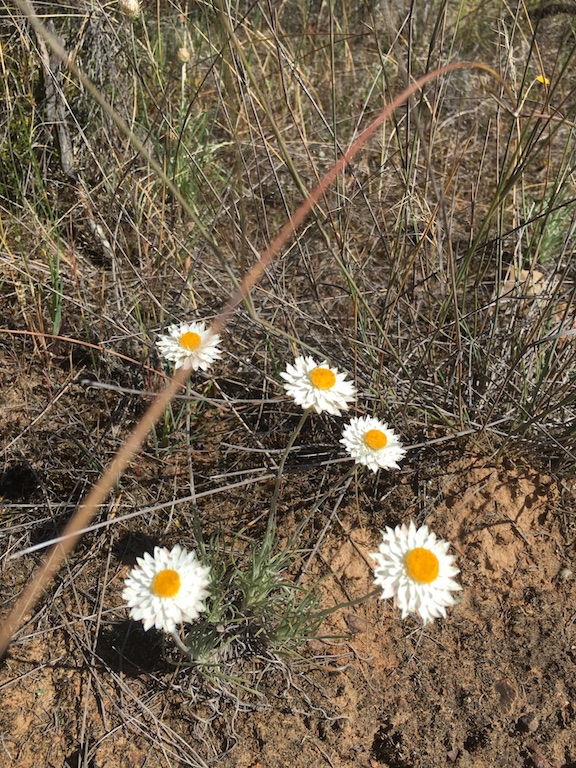 “So all that ground that people tend not to clear because you cannot grow much grass on it, has an awful lot of species. They are ones that haven’t been disturbed.The cattle won’t go in there and sheep don’t want to go into the scrubby areas,” she says.

A small, critically endangered shrub, delicate pomaderris, (Pomaderris delicata) sits on a reserve of the same name on Mountain Ash Road, one of only on two known sites near Goulburn.

Another rare species, Mongarlowe Mallee (Eucalyptus recurva) is found in only four places on the Southern Tablelands, three near Mongarlowe and the fourth about 30 kilometres away near Windellama.

In many cases land unsuited to grazing and home for rare natives species is surrounded by private property being subdivided into rural blocks. These blocks are promoted to Sydneysiders drawn to the wide open spaces and cheap prices.

“There is concern bush blocks particularly, a lot of them are sold in terms of shooting and ‘ride your motorbike around’, and that will destroy the native under storey that is happily growing there undisturbed,” Jenny says.

Rare flora is critical for biodiversity, which is why these plants are so valuable. “Because there are so many people on this planet, and we have destroyed so much of it, the only thing that is going to keep it going is diversity,’’ says Jenny.

In Goulburn gardeners can help by planting native species that survive with little water, and winter’s minus 10 temperatures and fierce summers. She says good examples are what the Australian Plant Society grows for the Goulburn Wetlands from locally-collected seeds, including Eremophila (emu bush) and kangaroo apple plants.

The retired Goulburn High School teacher says the bigger birds like wattlebird honey eaters are thriving on red-flowering trees and bottle brush, as are the brush-tailed possums in Goulburn’s neighbourhoods. “Victoria Park is chock-full of them,” Jenny says. Planting yellow, creamy native bushes will help little birds like wrens, weebills and thornbills.

“I get white fly on my raspberries and the little birds love them, they are very good at cleaning them up, so you don’t need pesticides,” Jenny says.

Christopher Cuba Rabanal - 55 minutes ago
How about a six day week with every Sunday shut. Where everything is closed in a Sunday Sunday is family Day ?... View
Valerie Foster - 4 hours ago
Been talking about that for years. View
Community 44

From ducks to trucks: Lake Bathurst’s super highway tells the story of progress