Experts in buying, selling & renting
Your property, your future
4 June 2021 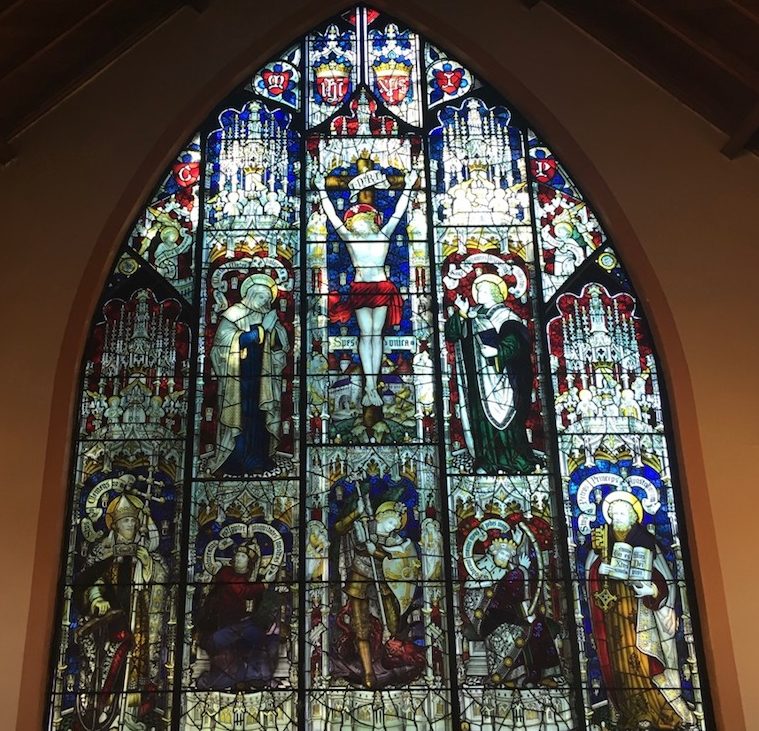 Have you ever sat somewhere and mentally renovated or changed the look of something?

That may well have happened one Sunday morning in 1961 as Lady De L’Isle, wife of the then Governor-General of Australia Viscount De L’Isle, attended a church service at All Saints Anglican Church in Ainslie. Seated on a timber pew, she may well have set her gaze on the simple, white, stained glass window depicting a shepherd and a lamb.

Lady De L’Isle was particularly interested in the All Saints story, and how it began its life in 1868 as a mortuary station in Sydney’s Rookwood Cemetery. The aisle we walk down today was where tracks were once laid. In the days before motor cars were common, funeral trains loaded with mourners seated to the front and caskets packed in the rear, would arrive at Rookwood from Central Station for the day’s funeral services.

As cars became more common, funeral trains became redundant so the mortuary station fell into disuse. At one stage, there was consideration to crush the beautiful stonework for road base. The building eventually stood, without a roof and vandalised, for sale for four years at a price listed as ‘make an offer’.

Canberra’s Reverend Ted Buckle became aware of this opportunity, and considering his congregation had been meeting in a cold hall, made an offer of 100 pounds in 1957.

But how to pay that princely sum? The church ladies’ tea club had built up their funds and had just that amount.

Many people thought the idea was ludicrous and that the parishioners were ‘above their station’ so to speak. Even so, the ambitious project began, and the building was brought to Canberra in 83 semitrailer loads, with each piece meticulously numbered after being skilfully disassembled, ready to be rebuilt to start a new life in the capital.

As Lady De L’Isle viewed the simple window in the newly rebuilt church, perhaps her mind cast to the exceptional stained glass work in the cathedrals of England. And on that score, she knew who to contact. 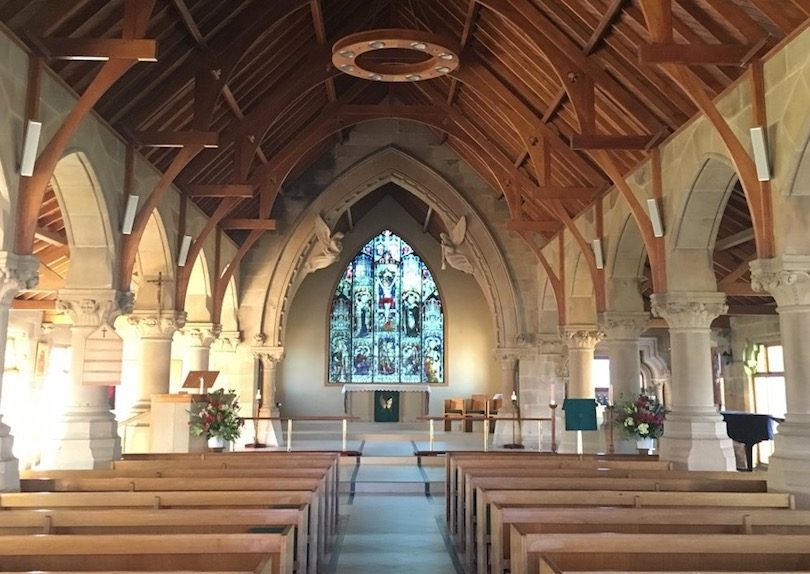 Well connected, Lady De L’Isle began negotiations which involved England’s Sir John Betjeman, a widely read poet, who later became Poet Laureate, and broadcaster. He was also a passionate authority on churches and a campaigner for the preservation of heritage architecture.

The window we see today was originally from St Clement’s Church in Newhall, in the diocese of Sheffield, England, and was a memorial to those in the congregation who had served in World War I.

St Clements had been Lady De L’Isle’s local church. She knew the window had miraculously survived the war and that it had been housed in a repository containing objects of heritage value retrieved from churches and other buildings that were bombed and then demolished after the war.

With Betjeman’s assistance, the window was sourced and gifted to All Saints. It was packed in a wooden crate and brought to Australia by P&Os ship, again, free of charge. It was installed at All Saints in 1963.

It would be a rare thing for a window from one building to magically fit a window space in another, and this window was no exception. It was considerably larger than the space so the window was redesigned by Phillip Handel, a stained glass artist from Sydney, to fit beautifully, creating the perception it had always been part of the building.

Two large pieces were removed from the original window and are placed in the two side vestries.

The steel-framed gothic arch window features a crucifixion scene with Saint Peter on the right, Saint Clement on the left, with Isaiah, Saint Michael and David at the base.

Sadly, Lady De L’Isle never saw the success of her efforts. She passed away after a short illness at Government House, in Canberra, in 1962, aged 48.

Such a pretty Church 💗

I remember seeing Canon Buckle swinging beams into place. And the bells at St John’s in Reid were given by Lord de L’Isle in memory of Lady de L’Isle