A tale of Tommy the spaniel and the earless dragons 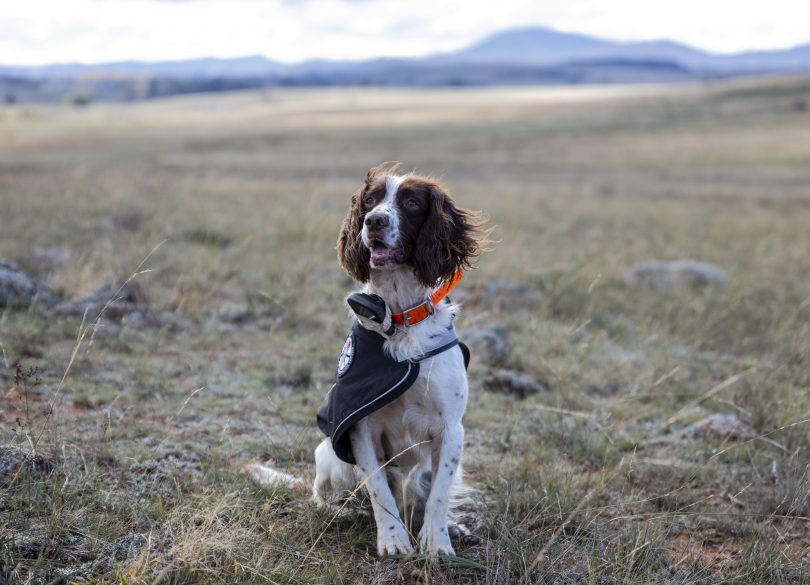 On the dry grassland reserve in Jerrabomberra Valley, a brown and white springer spaniel trots up a hill, his curious nose planted firmly on the ground.

His name is Tommy, and he is no regular canine. He has the very important job of using the 220 million olfactory receptors in his nose to pick up the scent of one of the world’s rarest reptiles, the tiny grassland earless dragon.

The man’s best friend is using his nose to help the ACT Parks and Conservation Service monitor the iconic and endangered dragon and gauge its population in the area.

Tommy can identify and respond to the scent of earless dragons across a 20-metre squared area within one minute – a mere fraction of the time it takes a human ranger searching by eye.

Declared as an endangered species in 1996, the dragons, which have declined in recent decades likely due to a combination of drought, overgrazing and climate change, weigh around five grams and are rarer than pandas.

They are incredibly difficult to spot with the naked eye given they are the size of a 50 cent piece, and are very good at camouflaging themselves and like to hide down spider burrows in the dirt. 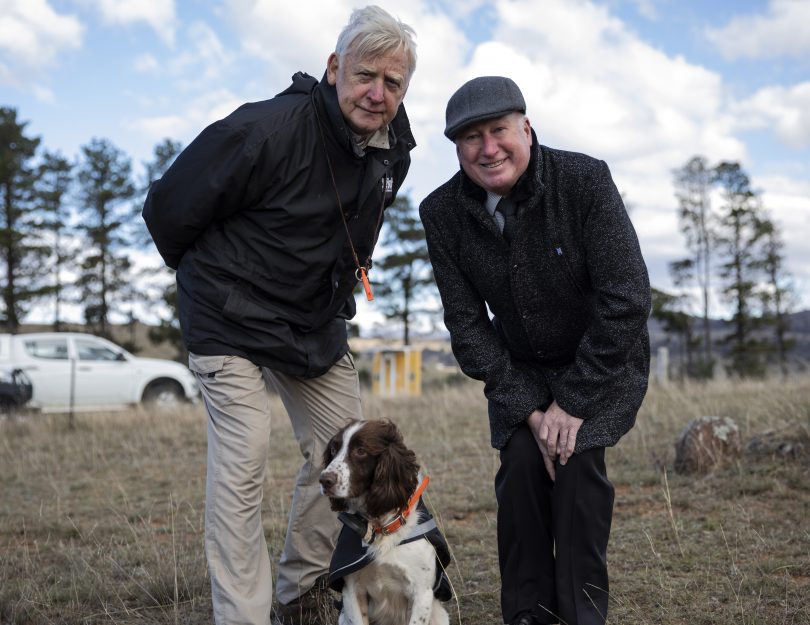 The star of the show, Tommy with his trainer Steve Austin and Minister Gentleman.

Tommy has previously been helpful in detecting feral cats and foxes, but his trainer Steve Austin said teaching his pupil how to find an endangered species was a little harder. As part of his three months of training, Tommy has been taught not to go after the species once he finds them.

Mr Austin started training Tommy with dragon droppings from those in captivity before bringing him down to Canberra for live finds.

He has been trained not to engage with them or touch them and to put his nose near the burrows, which indicates there’s a dragon there. 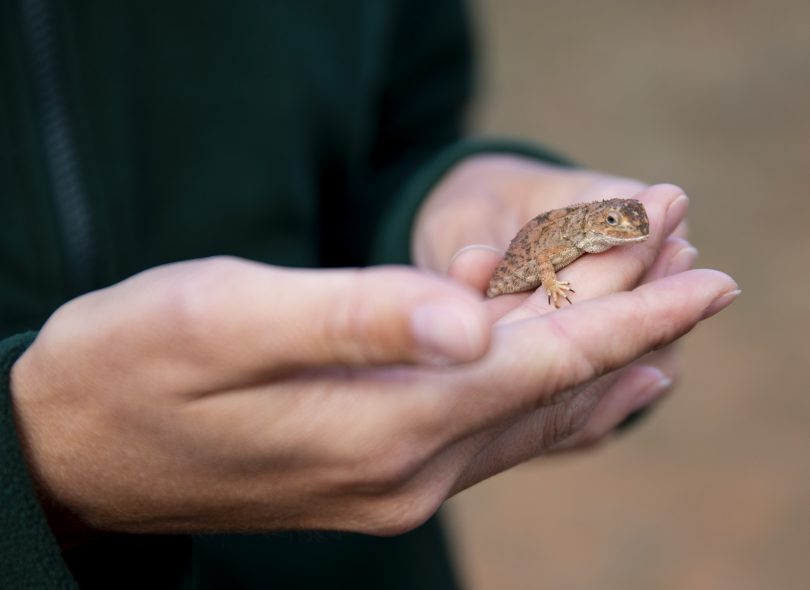 Up until 1991, grassland earless dragons were thought to have been extinct.

ACT Parks and Conservation Service has been investigating innovative ways to survey the grassland earless dragon as part of its long-standing monitoring program, which involves four staff undertaking regular checks over a period of seven weeks.

Tommy will be used for a trial over the course of a week, and if successful, more conservation dogs will be used on a permanent basis to help track the endangered species.

“Initial results look promising and the dogs have the potential to enable a more accurate assessment of population numbers,” he said.

“Conservation detection dogs are a highly effective, accurate and efficient tool for detecting the elusive species in a range of habitats.

“We’re also hoping the trial will confirm the presence of grassland earless dragons in areas where they were thought to have disappeared.”

Martin Ross - 2 minutes ago
Steve Jones transport Canberra buses don’t have flashing lights. Only Qcity ones do. And the local private companies don’... View
Peter Ball - 4 hours ago
Gai Wil - So given that logic, a 5 kmh limit would be OK with you yeah? I mean, as you stated if you don’t speed (regardles... View
Peter Ball - 4 hours ago
At least I feel safer now, when crossing the road while updating my FB profile. 😜 Before the new limits, it was like Russi... View
Community 2

Daniel Duncan - 6 minutes ago
we are not out yet stop the fake news. View
Darcy Ryan - 4 hours ago
The only thing that kept people going during the lockdown was the federal government payments. View
Lifestyle 23

Simone Moss - 8 minutes ago
Sarah Moss,maybe you need some alpacas 🦙 View
Lucy Coote - 1 hour ago
Tom Gilbert uhhhhh I mean at least we wouldn’t have to mow the grass… View
Amanda Robyn - 1 hour ago
Suzanne Feeney. See. Alpacas is what you need. 😉 View
Sport 5

chewy14 - 3 hours ago
Capital Retro, You've claimed that nuclear power is the only economically viable alternative to coal. That is clearly not the... View
News 2

TimboinOz - 5 hours ago
What 'Romsey Quints' used to call 'muttering wrotters' are pretty boring folks most of the time. With the exception of Romsey... View
show more show less
*Results are based on activity within last 7 days

@The_RiotACT @The_RiotACT
Sally Hopman reckons there's no need to #write yourself off if you are struggling with #computers. Just pick up the heaviest thing handy - ancient Remington #typewriters are always good - and take aim at the laptop https://t.co/5SoyRLLAhU (24 minutes ago)