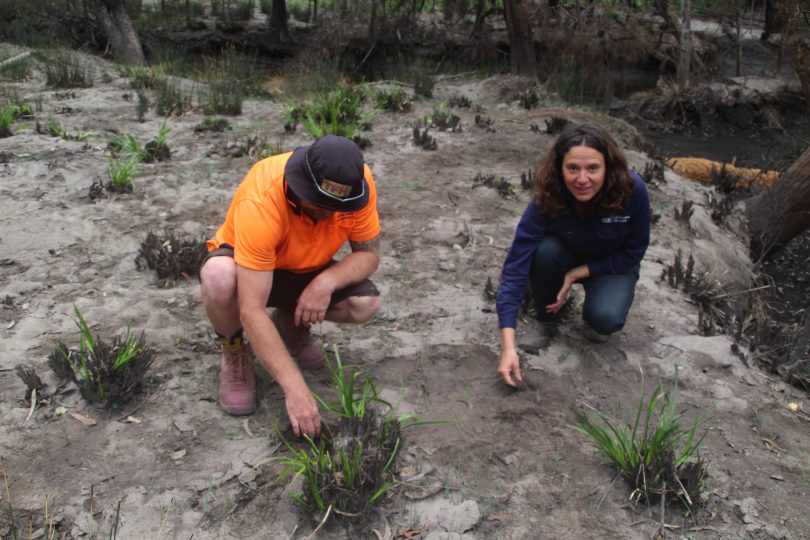 After the devastation of the summer bushfires on the south coast, it’s not only the built environment that needs repair.

Whole ecosystems have been stressed by the long hot burning which has stripped away the undergrowth and destabilised the landscape. What’s left on the ground is centimetres of fine grey ash.

And then came the rains.

With around 200 mm of rain following the fires, there was nothing to stop the runoff into the estuaries, that not only took nutrients away but also caused damage to the marine environments.

To bring our beloved landscape back, Local Land Services (LLS) have been working behind the scenes with Mogo and Batemans Bay Local Aboriginal Land Councils, implementing sediment control works using ecologs, jute mesh and placing burnt logs through the areas of high runoff in the Clyde and Deua River catchments. 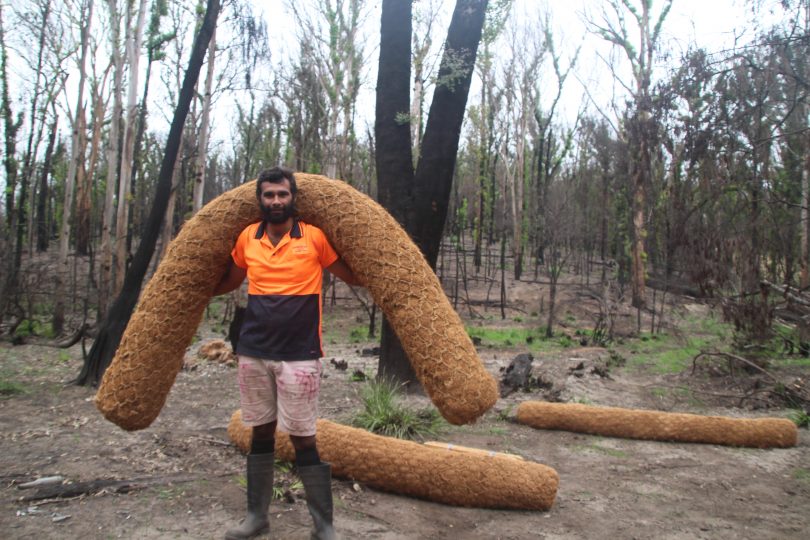 James Thomas carries one of the ecologs up the gully.

With $50,000 funding, LLS purchased 300 eco logs for sediment control. The eco logs are made from 100 per cent natural coconut fibre compacted into an outer mesh of bristle coir twine. They incorporate biological, ecological and engineering aspects of erosion control into their design that controls shoreline and stream bank erosion.

A crew of five people have been working for two weeks placing over 100 structures in drainage lines leading into the Clyde River in priority areas. 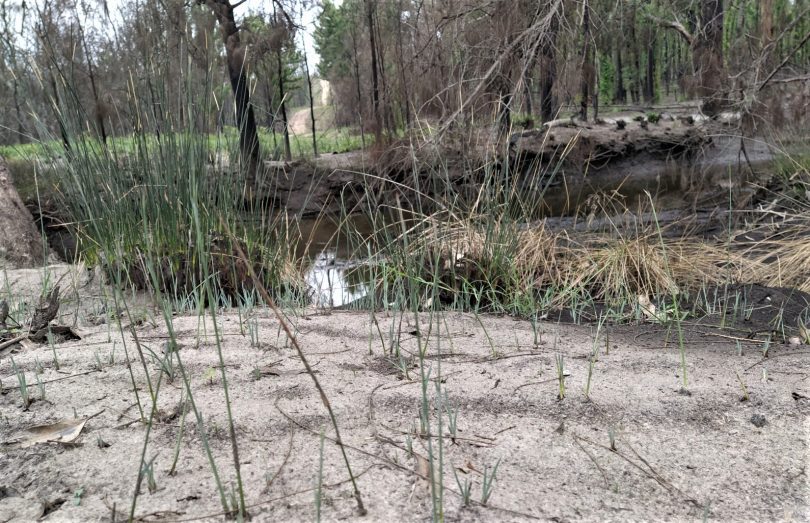 LLS Wetlands Officer Sonia Bazzacco says “our priorities for works are aquatic habitats such as saltmarsh and seagrass beds and oyster leases”.

“Other hotspots for works include dragline lines running off sediment-laden roads and containment lines along with forestry land which is still lacking ground cover,” she says.

“High-intensity fires can cause enormous damage to water catchments by destroying ground cover and changing hydrology, as well as altering the structure, behaviour and erosion of soil. The loss of riparian vegetation may result in high volumes of sediment [measured as turbidity] entering the stream and may also increase stream temperatures due to a lack of shade.

“Rainfall after a fire washes these contaminants, such as soil and ash, into waterways, which can have substantial implications for aquatic ecosystems including valuable areas that provide fish habitat and a food source such as saltmarsh, mangroves and seagrass beds. This also has effects on our oyster industries, commercial and local fishing industries and tourism.”

The LALC work crews use their knowledge of the local landscape and walk into inaccessible places to see where the most appropriate placement for sediment control is. Sometimes this can’t be seen from just looking at a map. 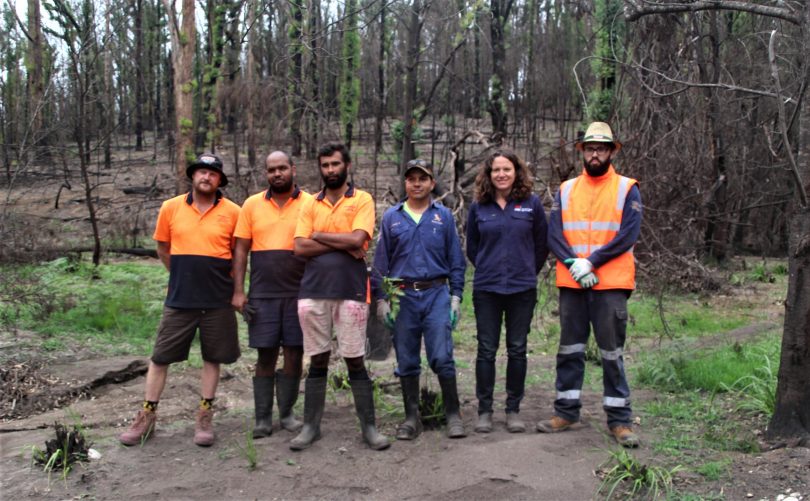 When the ecologs run out, fallen timbers can also be used.

While is it only a small section of the vast areas burnt in the south coast bushfires, the landscape, downstream users, and in particular oyster farmers, will benefit from the works.