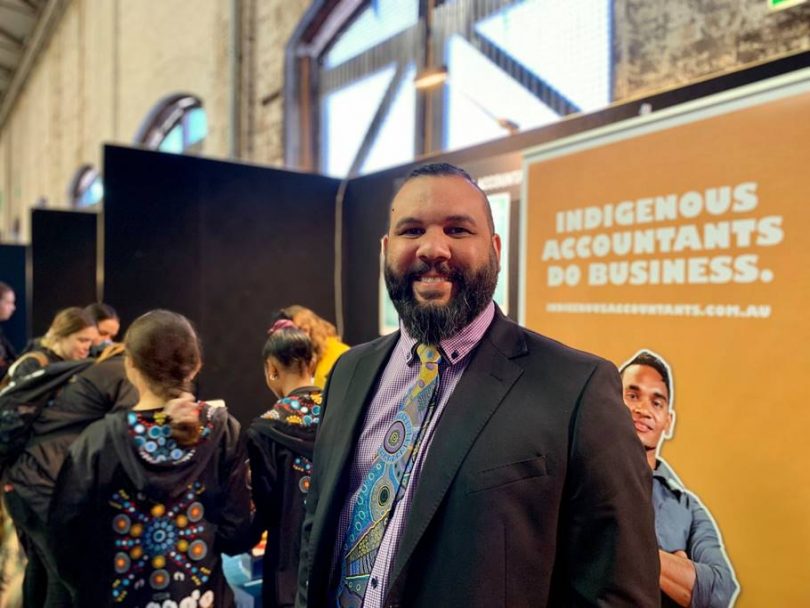 Showing young Indigenous Australians how an accountancy degree can equip them to continue to care for the land, as their forebears did for many thousands of years, will help close a stark gap in Australian society today. Of about 200,000 accountants across Australia, only 67 are Indigenous people. If this one gap can be addressed and narrowed, more gaps are likely to follow, as Aboriginals and Torres Strait Islanders take up a bigger role in self-determination.

Matthew Lancaster sees a bright future for Indigenous accountants coming sooner rather than later. As Relationships Manager, Indigenous Strategies, with Indigenous Accountants Australia initiative, Mr Lancaster says more young and mature age Aboriginal and Torres Strait Islander students are progressing through university courses and making a difference for themselves, their families and their communities.

A Canberra professional services firm is already making a difference.

Rubik3 is 50 per cent Indigenous-owned and supports and advocates for the Indigenous community, and re-invests earnings back into support, the firm’s Associate Partner Nadia Pessarossi says.

A policeman in Queensland, then in the Royal Australian Navy before taking on his current role with IAA, Mr Lancaster says people in the workforce are showing inspiring leadership in many different forms.

He cites the example of a cleaner, also a single mother of four, working during the day and studying of a night, who deserves more attention as a role model.

“I think we need to go back to basics: acts of kindness, empathy, love and human interaction. These are the skills I am using in my position with IAA to reach out to these young and mature-age students who are doing accounting or business and those doing the CPA and CA program, because fundamentally, they are going to be the future experts in these professions,” he says.

IAA resulted from discussions in 2012 between Chartered Accountants Australia and New Zealand (CAANZ) and Certified Practising Accountants (CPA) when only nine accountants were identifying themselves as Indigenous. As well as climbing to 67 Indigenous accountants today, more than 40 candidates are completing the CAANZ or CPA program, so numbers are set to grow significantly.

“The overall strategy for me is the ability to connect the profession back to Country, making it relevant to Indigenous people. We know why Indigenous people are becoming lawyers or doctors. Fundamentally it is what they can do for their community,” he says. “We are not demonstrating what accountants can do for the community so this is what will be changing.”

CAANZ sponsors Mr Lancaster as an emerging Indigenous leader and for his part, he is aiming to establish a pathway program into accounting for Aboriginal and Torres Strait Islanders, beginning at high schools with a school-based traineeship.

“For that to even occur, I thought to myself, how do I get more Aboriginal and Torres Strait Islander people interested in a career? But I don’t think that’s really the right question. I think the question is: how do you connect the profession back to Country, how do you make it relevant? I have always said Aboriginal and Torres Strait Islander people are guardians of the land, not just spiritually, but professionally.”

As accountants, they can get into land and asset management, governance, problem-solving and numerous other business activities.

CPA Australia ACT General Manager Matthew Andrews says the profession continues to highlight the gap through mainstream media and internal media channels, as well as ongoing collaboration across the profession to help build the numbers of Indigenous accountants.

“There is no shortage of (CPA and CAANZ) members and organisations willing to assist. I think pretty much all the chief finance officers or finance executives I have ever met are willing to assist by offering either a graduate or internship opportunity to an Indigenous student studying business or accounting,” Mr Andrews says.

To learn more about the exciting developments in Indigenous Accountants Australia, check out the CPA Australia congress in Canberra from 16 to 18 October.

TheSilver - 8 hours ago
I'm not. The only two real world usage studies I mentioned predate what's happening now. View
Jacob Mulholland - 9 hours ago
The vaccine isn't a shield or a cure. You can get the flu vaccine but still get the flu, just not as much as compared to some... View
chewy14 - 12 hours ago
JC, Definitely agree with that, testing in those high risk settings should be a given.... View
Breaking 1

On National Corrections Day, we need to acknowledge how we’ve failed Indigenous communities

“Go for it!” says Indigenous barrister on pathway from Yuin to Ngunnawal