On the weekend of the 16th and 17th of April 28 teams competed in a 5 man tournament held at Paintball Sports ACT in Fairbairn Pines. Whilst the top division was dominated by professional squads hailing from NSW and Victoria, local team Apocalypse battled its way past an impressive showing by Legion to take a podium finish. 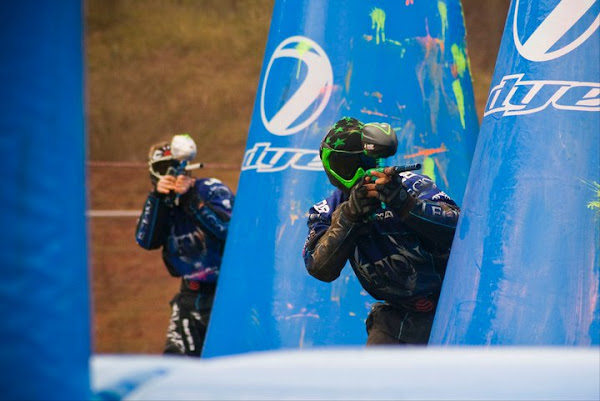 Division 1’s finals came down to a grueling battle between Sydney SWAT and Victoria’s House of Cards. The Victorians came out strong in the first game of the best of three series. They took key positions early whilst keeping the NSW squad contained in the center field and used the positional advantage to grind them down one by one.

In the second game the Victorians used the same risky breakout trying to secure both corners. However, some sharp shooting by the the NSW squad eliminated one runner seconds into the game. SWAT took the advantage and pushed through the snake with terrifying efficiency making short work of the Victorian’s defense. 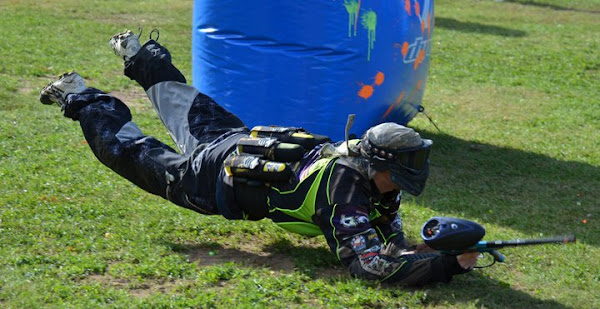 In the final game both teams broke out conservatively, loathe to lose any players early. House of Cards quickly secured the key corner position, whilst SWAT countered by locking down any potential offensive with a player in the center on the halfway line.

The game stalemated until Kai Harris, a former resident of the ACT, ploughed through SWAT‘s lock down. His swift assault left only two NSW players standing and one side of the field clear, and the Victorians seized the advantage. However, the disciplined NSW squad was unbreakable. The two remaining players crossed their guns and, displaying some incredible gun fighting skills, staved off the Victorian assault until the whistle blew. 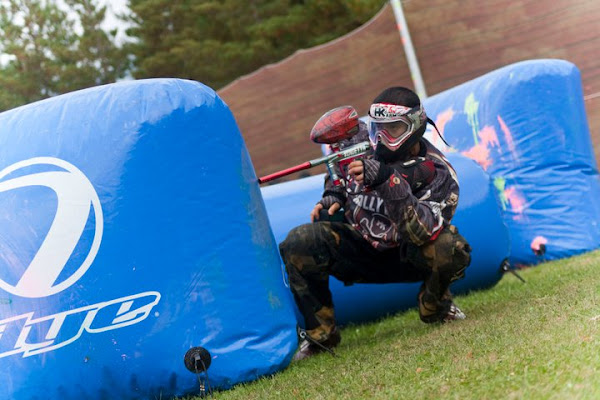 With the scores tied, victory was to be decided by a series of 1v1 “golden goal” battles. The first team to score an elimination would win the event. In the first game House of Cards’ Guy Looker faced off against SWAT‘s Karl Simpson. Whilst both players exhibited incredible field awareness and gun skills, neither could place a ball on the other and the game went to time. With the crowd on the edge of their seats, the next two players, SWAT‘s Adam Connolly and House of Cards’ Richard Looker, took to the field. After an intense opening exchange, Connolly swiftly tagged the Victorian’s loader, securing the event for his team and releasing the tension in the stands. 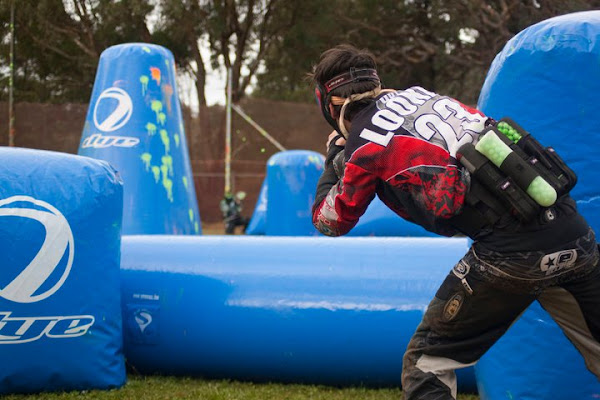 Division 2 saw some intense battles between four up and coming ACT squads. The mighty team Uprising eventually prevailed, though not with ease. Notorious played perhaps its best event ever, upsetting many division one teams in the preliminaries, and taking the finals against Uprising to three intense games.

The novice division saw 16 fresh faced local teams take to the field. With everyone using the same equipment, games were decided based purely on teamwork and talent. Scores were tight after the preliminary rounds, and the winner of the previous event missed the cut for finals by the slightest of margins.

At the end of the day, one team stood tall above the rest, the aptly named Tyrannosaurs. Playing with consistency that saw them top the prelims the Tyrannosaurs tore through teams in the finals, despite a valiant showing by Coup de Gras, perhaps the most sporting team at the event. 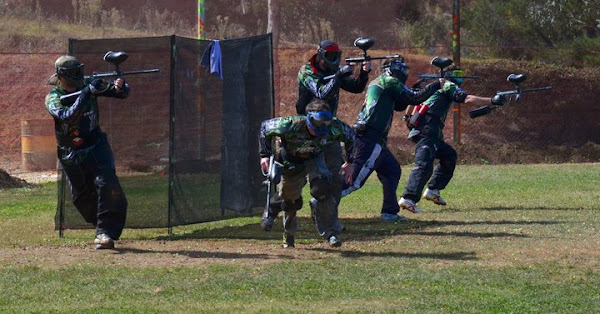 I’ll add to that: Well done to A Bunker Too Far, with 3 members who’d NEVER played a single tournament before.

Photos are still being added slowly. I certainly took enough!

So, 5 man. What, were they afraid to let the women play because they knew they’d be beaten?

Haha… it’s just a naming convention! Legion and Highrollaz in division 1 both had a female on the roster. Divas in novice is a female only team 🙂

So, 5 man. What, were they afraid to let the women play because they knew they’d be beaten?