The ACT Government will spend $23.5 on the vaccine rollout, which is expected to start at the Canberra Hospital. Photo: Michelle Kroll.

The ACT Budget on 9 February will include an extra $63 million for Canberra’s COVID-19 healthcare response, including the eventual rollout of a vaccine.

The money will be provisioned for testing facilities, medical and specialist staff, contact tracing capabilities, quarantine processes and compliance, while the Chief Health Officer will have additional resources allocated.

Calvary Public Hospital Bruce will also receive a $6.5 million boost to help the hospital keep up with increasing demand.

“This funding will allow Calvary to continue meeting the increasing demand on the northside due to population growth and ageing trends,” Chief Minister Andrew Barr said.

“In addition to the ongoing delivery of an effective public health response, we must have the capability to surge quickly if the need arises.”

Four additional palliative care beds at ‘Leo’s Place’ respite hub will also be funded with a price tag of just over $900,000.

The funding will allow Canberrans in palliative care to spend anywhere from a few hours to seven days in a home-like environment so their carers can get some rest. Families and careers will also be able to access support and resources at the facility. 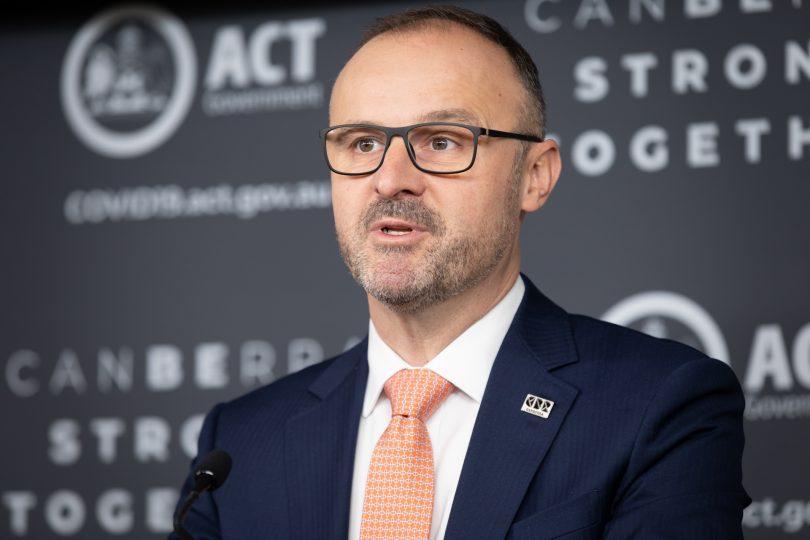 Mr Barr said the money would ensure the vaccine’s rollout would be safe and efficient.

“A vaccine is critical to protecting vulnerable Canberrans,” he said.

“This will be a major logistical and operational exercise, and the ACT Government will take a very deliberate and measured approach to the vaccine rollout.”

READ MORE ACT Budget to include $300 million for climate action

Money provisioned in last year’s economic and fiscal update will also be released for infrastructure upgrades at the Canberra Hospital, including $16.6 million for electrical upgrades at Building 10 which houses ACT Pathology to improve the back-up electrical services for pathology equipment.

The measures will almost certainly add strain to an already bleeding budget, which has blown out to a record deficit and will hit a peak of over $900 million in 2020-21 as the government tries to counter the impacts of COVID-19 on the economy.

The budget will be handed down on 9 February and is expected to be almost $700 million in the red for 2019-20, according to last year’s fiscal update.