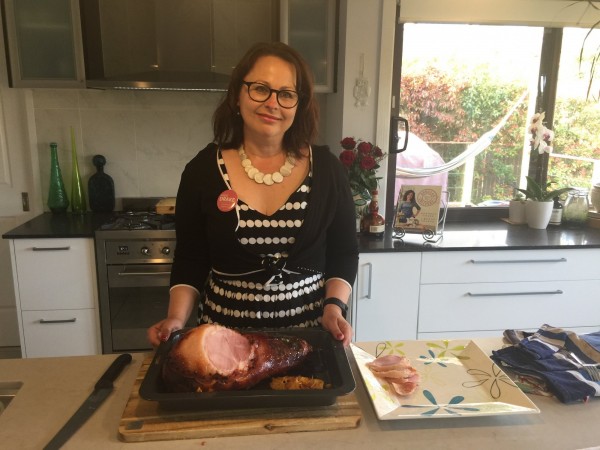 Was Angie Drake’s future sealed when her parents named her Angela Louise Palma?

With the initials ALP, how could she not end up working as a Labor staffer and eventually running for office as a representative of the Australian Labor Party?

Ms Drake moved to Canberra from Adelaide at 15 and took her first job at the Trades & Labor Council as a 17-year-old.

She later worked a volunteer campaigner on Katy Gallagher’s first campaign for the ACT Legislative Assembly, in 2001, and went on to join Ms Gallagher’s staff, where she remained for 12 years.

In 2012, Ms Drake ran as a “ticket-filler” in Molonglo before joining the staff of Senator Kate Lundy. She ran Senator Lundy’s election campaign in 2013.

But it hasn’t been unions and politics all the way. Ms Drake has most recently worked for three years in communications at Icon Water, helping rebrand the organisation formerly known as Actew Water. She finished up a month ago.

“I decided I needed to focus fully on this campaign and then plan B can be something new and different,” she said.

“You put so much into these campaigns that you need know that regardless of what happens, you’ve done all you can and, oh, well, the electorate speaks, but then, what’s next.

“Even if the next plan’s unknown, you know that it’s going to be something exciting and different, and that’s what I needed to put in place.”

For our candidate challenge, Ms Drake donned a frock in honour of Frocktober and baked a leg of ham. It’s a real tradition in the Drake household, and one that her sons clearly appreciate. Harley Drake suddenly appeared the second the ham came out of the oven and quickly carved himself a few slices. 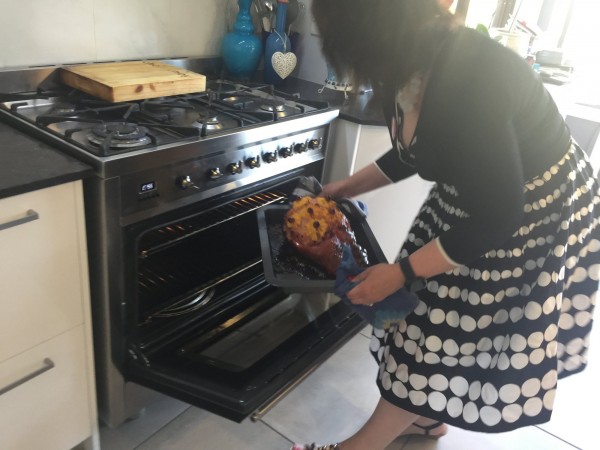 “It’s not as good as it usually is because it’s not as big,” Ms Drake said.

“What are you talking about, Mum?!” Harley Drake responded between mouthfuls.

“This has always been Harley’s favourite,” his mother said. “You’re the one that just eats the majority of it.”

The 20-year-old musician had been hard at work creating a jingle for Ms Drake in his music studio. You can hear the jingle below and sing along: “Angie Drake, you can’t go wrong, she’s the brand new voice for Tuggeranong. Angie Drake, she’s cares a bunch, if you vote for her she’ll buy you lunch (maybe).”

Ms Drake will have a tough battle up against four incumbents (Joy Burch and Mick Gentleman from her party and Andrew Wall and Nicole Lawder from the Liberals) as well as former 2CC radio presenter Mark Parton, also running for the Liberals. She says that despite this, she is feeling positive.

“I’m feeling so great, I feel well received in the community, but again, you don’t know how that translates into votes. You only really know on election night.

“But it’s a good opportunity and you just get out and do as much as you can.”

Ms Drake, her family and supporters have been busy letter-boxing, doorknocking and ensuring a steady supply of roadside corflutes.

“Harley goes out letterboxing of a nighttime with his mates,” Ms Drake said.

“I think all families have to contribute in their own way. Because [husband] Paul is running the cafe [Plumb on Tenant in Fyshwick], he’s working a lot, but he does all the signs.

“He comes home every night and gets all the wounded sites and re-stakes them and then takes them out and fixes them, because people just go around smashing them in.”

Ms Drake said there were corflute dumping grounds around the suburbs.

She had been criticised about the fact that her signs then look so good in contrast with those of other candidates, with emotions running high in the face of corflute destruction.

“Well they look so good because Paul goes out every night.”

Being vegetarian, I wasn’t able to taste Ms Drake’s ham, but it looked amazing, and if the reaction of her son is any guide, tasted that way too.

Bob Jones - 42 minutes ago
Deb Wheare And Lynne Meredith... I've heard because of the more right someone who identifys as being an Aboriginal or Torres... View
Kev Martin - 10 hours ago
I find If you stop breaking the law, you don't get locked up View
Deb Wheare - 21 hours ago
Jacob Torresan face palm View
Property 14