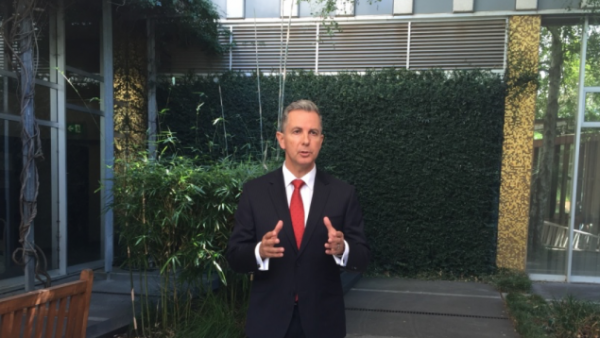 ACT Opposition Leader and Shadow Minister for Health Jeremy Hanson said today that the requirement for alterations this week to ACT Health records including emergency department data was “an utter disgrace”, and that the ACT Government had misled the public in previously publishing the incorrect data.

“It has been revealed that ACT Health ED data was changed after it was originally published,” Mr Hanson said today.

“This happened on not one occasion, but over a period of years. The December 2014 and December 2015 Quarterly Reports have been altered.”

ACT Health Minister Simon Corbell told The Canberra Times this morning that the mistakes were unintentional and would be corrected and reissued later this week.

“I am very disappointed this has occurred and I have made this clear to my directorate who have put a number of new processes in place,” he told the newspaper. “These are clearly human and isolated errors.”

Mr Hanson said the errors meant information provided to the Commonwealth for grants purposes may have been wrong, and that other records, such as annual reports, would have to be withdrawn and reissued to reflect the true results. However, a spokesman for Mr Corbell said only quarterly reports were affected.

He said the data affected was in the same area of the health system where deliberate alterations occurred in 2012.

“This is an utter disgrace. Apparently no lessons have been learned, no safeguards were put in place, and this government still can’t produce accurate records that can be trusted.”

Mr Corbell told The Canberra Times that the human error had occurred in data processing in two instances only, and said there was no connection to incidents between 2009 and 2011 when a hospital executive admitted to falsifying emergency department data entries to give the impression that performance had approved.

From the OP :
” Mr Corbell told The Canberra Times that the human error had occurred in data processing in two instances only, and said there was no connection to incidents between 2009 and 2011 when a hospital executive admitted to falsifying emergency department data entries to give the impression that performance had approved.”

Conveniently omitted by Corbell is that is an unintentional omission due to “human error”.

Nowhere is it made clear – is there any chance these “errors” made the A&E stats look *worse* than they actually were, is there…?

Kate Louise - 30 minutes ago
Rob Lillie we could be neighbours! View
Judy Gilchrist - 3 hours ago
Scott Firman This could be your plan for a knock down rebuild. Looks nice🤣🤣🤣... View
Sarah Tozer - 12 hours ago
Megan Moss an alternative View
ACT Election 9

Acton - 43 minutes ago
In the Canberra Times today Rattenbury says he sees Covid as an opportunity to implement more Greens policies. He does not wa... View
thebadtouch - 18 hours ago
https://citynews.com.au/2020/trees-act-greens-throw-stones-at-themselves/ View
News 44

John Moulis - 2 hours ago
Any transfers to Noosa? View
Sarah Bauuer - 5 hours ago
Jo Bauer want to go to the Great Barrier Reef with me? View
Jak Kanard - 17 hours ago
If this is true, and not compromised by the buffoonery masquerading as ‘government’ in the ACT, bring it on ! View
ACT Election 106

chewy14 - 2 hours ago
Capital Retro, Firstly, most of the interest rate cuts happened well before the current crisis, so you can't just claim your... View
Brenton Higgins - 4 hours ago
Joshua we’ve had two elections on that already. Canberra decided. View
Jayne Denise - 4 hours ago
Sean Bishop I am a reformed anti-tramer. Northborne is so good now with less cars and less buses. 👌Coincidentally, I work... View
Opinion 7

Acton - 4 hours ago
I know it's hard to change when one has been voting in the same party for 19 years but when the facts change, I change my opi... View
Acton - 4 hours ago
Being too religious and right wing, whatever that means, is a claim frequently made by Labor/Greens of the Liberals, but with... View
russianafroman - 10 hours ago
There is a large proportion of religious people in Canberra especially Christians. Why wouldn't the liberals try to appeal to... View
ACT Election 33

Stephen Esdaile - 15 hours ago
Can't vote Liberal, not voting Labor or Green. Looking at what the progressive are offering.... View
Frank Koch - 17 hours ago
Phillip Business Community well said View
Martin Miller - 19 hours ago
Charny Barney no 'whackadoodle ideas here . He's just plain arrogant to those who disagree with him. There is no real consult... View
Opinion 1

tonyd535 - 17 hours ago
Maybe a hospital first to take pressure off of the existing facilities. One for Gungahlin and another for Tuggeranong to take... View
News 58

John Coleman - 21 hours ago
Gai Hodgson Wilson consider it a reminder that we live in a democracy. They're up for a few weeks. If they stay up, there's f... View
show more show less
*Results are based on activity within last 7 days

@The_RiotACT @The_RiotACT
A new social enterprise by CIT students is turning coffee grounds and sawdust into compost enhancer, and providing employment for people with a disability https://t.co/e7eaBz01S8 (45 minutes ago)

@The_RiotACT @The_RiotACT
An 18-year-old man has died of stab wounds, while another man is being treated in hospital following an incident at a Weston Creek skatepark overnight https://t.co/RifOmix9wN (2 hours ago)

@The_RiotACT @The_RiotACT
Fyshwick’s Designer Op Shop Emporium is a cornucopia of surprises, and its fabulous Emporium Espresso café is no exception https://t.co/P1xL5LBUJ0 (3 hours ago)