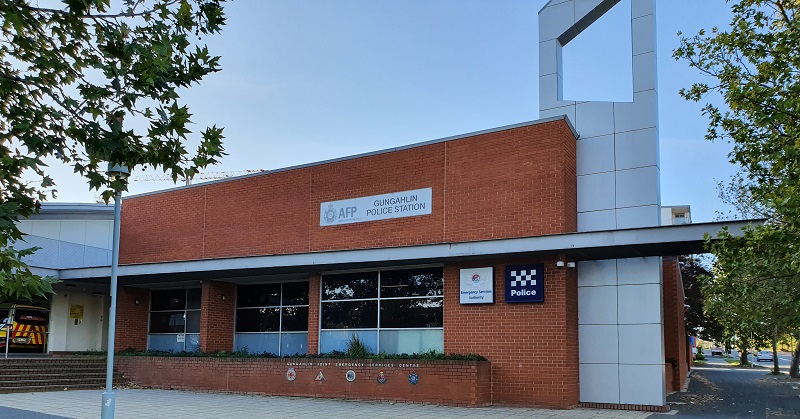 ACT Policing’s takeover of the Joint Emergency Services Centre in Gungahlin will begin in 2022, with the Gungahlin SES and ACT Rural Fire Service set to be moved to a site in Mitchell.

The decision to move the other emergency services out of the building has been made in recognition of both the rapid population growth of Gungahlin, and the area’s current police station no longer being fit for purpose after 23 years of operation.

Australian Federal Police Association (AFPA) media and government relations manager Troy Roberts said that despite the murky timeline, the first phase will help “free up some room” for the three services that remain in the building.

As for the current state of Gungahlin Police Station, Mr Roberts said that despite a desire to move an extra 15 police officers to Gungahlin, there is simply no room to fit them.

“The policing side of the building is not fit for purpose,” he said. “Members are sitting on top of each other, and there’s a lack of IT infrastructure in there so they are having to fight for computers. There’s no dedicated meal area so members in there are sitting at the same table that they handle exhibits on.

“Every police station in the ACT, bar Gungahlin, has a vulnerable-person interview room or family room. Gungahlin Station doesn’t have that, and the room they use on a temporary basis is located right next to a holding cell.”

It’s the urgency of the current situation that has the AFPA somewhat disenchanted with the lack of clarity provided by the ACT Government to date.

“It is frustrating, but we know that Mick Gentleman, ACT Minister for Police and Emergency Services, has a game plan and he’s moving forward with that,” said Mr Roberts. “We hope to work with him and his office on that plan moving forward.

ACT Policing pushed to remain in the current location, due to the proximity of the Joint Emergency Services Centre building to Gungahlin Town Centre. The AFPA believes taking over the whole building would bring Gungahlin Police Station up to par with the rest of the ACT’s stations.

READ ALSO Paul Jurak: The Kayakcameraman prepares to leave the city he fell in love with

Mr Gentleman said the needs of police and other emergency services have “outgrown” the current centre. He said beginning the process is about “getting on with the job of delivering” for frontline responders.

“To continue providing effective service to the northside community, there will be a phased approach for ACT Policing to assume full occupancy of the current facility, and for the long-term needs of ACT Fire & Rescue, ACT Ambulance Service, ACT Rural Fire Service and ACT SES to be addressed,” he said.

“I will continue to work with our police and emergency services on the implementation of this plan going forward to ensure their accommodation needs are met and that the Gungahlin region remains well serviced into the future.”

Gungahlin Community Council president Peter Elford said his organisation is glad the ACT Government has acknowledged the need for improved policing facilities in Gungahlin. However, he said the primary focus should be getting additional staffing to the station.

“The key ask is, with all of this [being] about the physical facilities, when are we going to see additional staffing out in Gungahlin because ultimately it’s having the capacity to increase the staff that will actually make a difference to the policing outcomes,” he said.

“More police out here [is needed] to have better coverage because there’s 90,000 people here now and we’d like to see numbers in Gungahlin [compare] to other districts.”

It is honestly well overdue hopefully with the expansion police numbers will rise to match the growth in population.

About time, let’s hope they also make some much needed repairs.

Hope they find a good place for the fire and ambulance to go. This is a prime and central location for both of those to be able to get to scenes when they are needed. They should have just moved the police out to some geocon building somewhere.