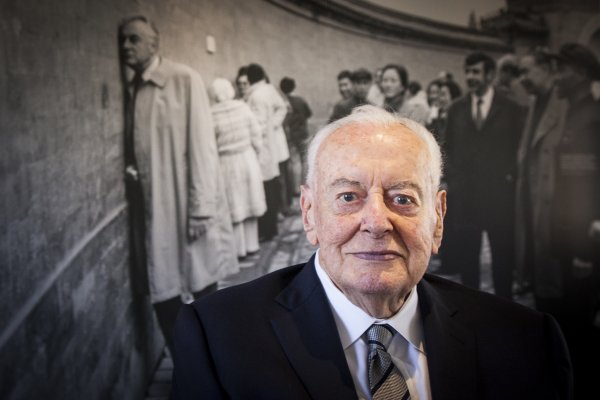 World famous actors, artists, academics, military figures and a former Prime Minister have been celebrated with the official launch of the ACT Public Schools Alumni by Minister for Education and Training Joy Burch today.

“The Alumni celebrates the achievements of our students of note and the different career paths, professions and interests they have chosen and excelled in,” Ms Burch said.

“Our past students are a very diverse bunch of men and women, with actors like Jackie Chan and Mia Wasikowska sitting alongside the late former Prime Minister Gough Whitlam and our Chief Minister Katy Gallagher.

“ACT public school students are up there with the best in the nation and this list is an impressive tally of achievements across academia and research, the entertainment industry, public service, sporting fields, fashion, journalism, community leaders and business.

“This list is by no means the total of all of our outstanding Alumni. Our schools will be actively promoting the list to their communities and more and more names will be added to it over the next few months. I encourage Canberrans who have ideas for nominations to get in contact via the Alumni webpage.

“The ACT Public Schools Alumni highlights the achievements of many past students and it will be wonderful in the future to see our current students listed alongside these inspiring people.”

The ACT Public Schools Alumni can be viewed online at www.det.act.gov.au/canberra-public-school-alumni

Whitlam’s bio says he attended Telopea Park “because no private school was available”. As soon as Grammar opened, he was transferred there. Not exactly on song, Joy!

Did Gough become dux of Canberra Grammar like David Eastman did?

Whitlam’s bio says he attended Telopea Park “because no private school was available”. As soon as Grammar opened, he was transferred there. Not exactly on song, Joy!

Kristine Evans - 3 hours ago
Andrew Barr Then you need to let parents into schools before this happens. View
Christopher Marlowe - 5 hours ago
Jenna Vdv that's why HECS/HELP exists View
Rod Phillips - 6 hours ago
I'd like to see a bit more planning and less guessing all round! We've seen the impact of poor quarantine procedures through... View
Opinion 5

ChrisinTurner - 10 hours ago
A contribution of less than 1% towards the LR network won't go far. However this amount would be against the advice of Infras... View
jwinston - 18 hours ago
I wholeheartedly agree with your summation here Chewy14. This is a bit off subject but I’m very interested in the comment y... View
keek - 19 hours ago
I think you believe light rail to be a far bigger election issue than it actually is. I've found that outside of here, very f... View
News 5

bryansworld - 13 hours ago
However, this would create a signal for new suppliers to enter the market and undercut the original ones who are trying to go... View
keek - 15 hours ago
Great way to ensure the prices of these things all rise very sharply once suppliers know there is an easy 15 grand in it for... View
Food & Wine 2

Ol L - 16 hours ago
When COVID 19 blows over most will rush back overseas. Hope there’s no COVID 20 or they will all want to rush back here aga... View
Community 1

Capital Retro - 16 hours ago
Are public toilets included in the plan? View
Community 13

Ol L - 18 hours ago
Brindabella s? Would look like nothing recognisable as there hardly the Himalayas View
Food & Wine 1

chewy14 - 1 day ago
BJ, You aren't meant to bring these things up. The only information allowed is positive. It's efficient, it's modern, it's vi... View
chewy14 - 1 day ago
JC We don't need news reports, transport Canberra publish the patronage reports. BJ's figures are accurate. https://www.trans... View
bj_ACT - 1 day ago
Just for the record, the light rail business case for expected daily patronage was quite low in 2019 and we beat that in the... View
Property 6

Someonesmother - 1 day ago
Gee why does this not surprise me? Look who the developers are. 43 car parks in a completely congested street, using Canberra... View
News 5

One of the city's most visible, premium lakeside sites will soon host new dining and café experiences after the naming...
*Results are based on activity within last 7 days

The ACT Government has rejected the recommendation to widen the fire break between the park and neighbouring rural landholders as...
Opinion 5

@The_RiotACT @The_RiotACT
This beautiful extended, renovated & restored home in a heritage precinct is a gorgeous private sanctuary close to everything the vibrant Ainslie community has to offer https://t.co/69x3G59zfO (9 hours ago)