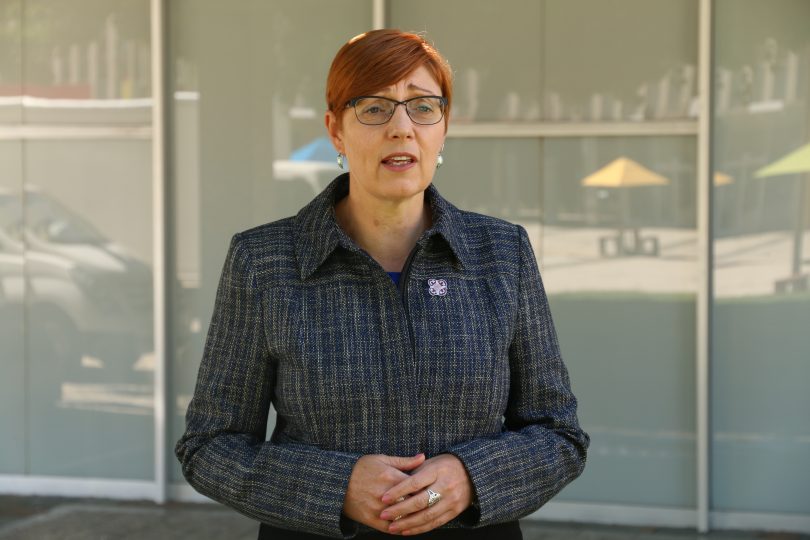 Staff at Canberra’s quarantine hotels that will host two planeloads of repatriated Australians due before Christmas will face mandatory weekly COVID-19 testing in the wake of the Adelaide outbreak that has forced a six-day lockdown in the state.

The first flight is due to arrive before the end of November and a second will be accepted in the ACT once the mandatory 14-day quarantine period has ended for the first arrivals.

The SA cluster, which erupted after a medi-hotel staff member contracted the virus, has brought into question the wisdom of accommodating overseas travellers in the CBDs of Australia’s capital cities.

One infectious diseases expert and epidemiologist, Professor Mary-Louise McLaws, has said that the Adelaide cluster shows why hotel quarantine programs should be shut down in favour of purpose-built quarantine stations.

ACT Health Minister Rachel Stephen-Smith said quarantine arrangements were a matter for the Commonwealth but the ACT Government was confident appropriate measures were in place to minimise the risk of COVID-19 transmission in current hotel arrangements.

She reassured Canberrans that every precaution would be taken every step of the way to minimise the risk to the community, including the new mandatory testing measure announced today by Acting Commonwealth Chief Medical Officer Paul Kelly.

“Since these flights, the ACT Government has reviewed the final report of the National Review of Hotel Quarantine and has implemented measures to further strengthen our quarantine systems and processes.”

ACT Health was working with quarantine staff to implement additional precautions, including ongoing surveillance and regular testing for staff, in line with advice from AHPPC.

”This includes finalising how many passengers the ACT will accept at any one time to ensure we have the right resources and processes in place to reduce the risk of COVID-19 transmission.”

Professor McLaws told the ABC that hotel quarantines were a great idea to get Australians and residents back home, but should only have been an interim measure.

“We do need to start thinking about a purpose-built environment,” she said.

Professor Kelly said it was clear that hotel quarantine was now the “major risk” for the reintroduction of COVID-19 into Australia.

“I know that in New South Wales they have been testing, not as frequently as this, and there has been some testing being done in other places, but we decided to make that recommendation which has been accepted for that to be a routine thing,” he said.

Chief Minister Andrew Barr said last week that the quarantine report did not identify any need for dramatic changes to the ACT’s hotel quarantine program “but there are some good recommendations around the separation of international from regular domestic guests in a hotel context”, as well as transit arrangements between Canberra Airport and transport to the quarantine venue.

Stop casual workers at the hotels.

Do you know which hotels are participating?

Rubbish. The states are responsible for quarantine as they wish to be. Having said that, yes, I think that the NT and Xmas Island are great options

Well thank you for the info “in the wake of the Adelaide outbreak that has forced a six-day lockdown in the state.”

David Perkins the Commonwealth is responsible for the integrity of the border, but states have responsibility for health.

David Perkins it does, and it has (Biosecurity Act 2015 if you’re interested) but because health is a state matter, once people clear the border, things change. They can be required to do certain things (flexible legislation in this) but the practicality is that the division of powers puts the actual management into the hands of the states.

They can be required to do certain things, like go into a commonwealth quarantine facility. Brace yourself, the internet lawyers are coming. Scotty from marketing doesn’t want the responsibility because he can’t even manage a cabinet that’s not dicking their media liaisons.

Why wouldn’t you test daily given the magnitude of the threat of transmission? The virus can travel far in the 6 days between tests.