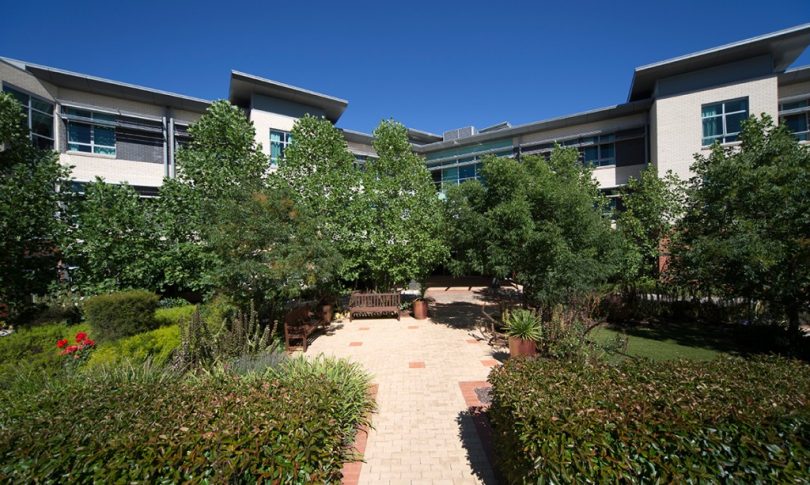 Residents of Goodwin House Ainslie have been quarantined to their rooms after a staff member tested positive to COVID-19. Photo: Goodwin.

UPDATED 1:30 pm: A spokesperson for Goodwin Aged Care Services has this afternoon confirmed multiple intrusions of COVID-19 to its facilities across Canberra.

As reported this morning, a staff member has tested positive for COVID-19 at Goodwin House in Ainslie, ACT as well as an agency contracted employee at David Harper House in Monash.

Furthermore, a resident who had recently returned to David Harper House from hospital had tested positive for the virus but is now returning negative test results.

“The resident is asymptomatic and has been in quarantine since their return to the facility,” the spokesperson said.

While contact tracing is underway, all residents will remain in quarantine in their rooms.

“For resident safety, group activities and group dining have been temporarily suspended. Residents will be provided with their meals and hydration, medication, exercise, medical care and phone/video call contact with families in their rooms,” the spokesperson said.

“Each resident’s care needs will be provided with full PPE (gloves, face masks, face shields, gowns) being used by staff and any visiting doctors at all times.”

Deep cleaning has been undertaken and this process will continue.

Goodwin is working closely with ACT Health and the Commonwealth and is responding in accordance with their advice, the statement read.

“We want to make all our community members aware of this situation, to reassure everyone we are working tirelessly to protect our residents, clients and staff, and so that we can work together to investigate and contain any potential spread.” Goodwin Chief Executive Officer Sue Levy said.

This is the first time the virus has been detected at Goodwin House – the residential aged care facility. Last year, two residents at the retirement facility – Goodwin Village Ainslie – contracted and recovered from COVID-19. 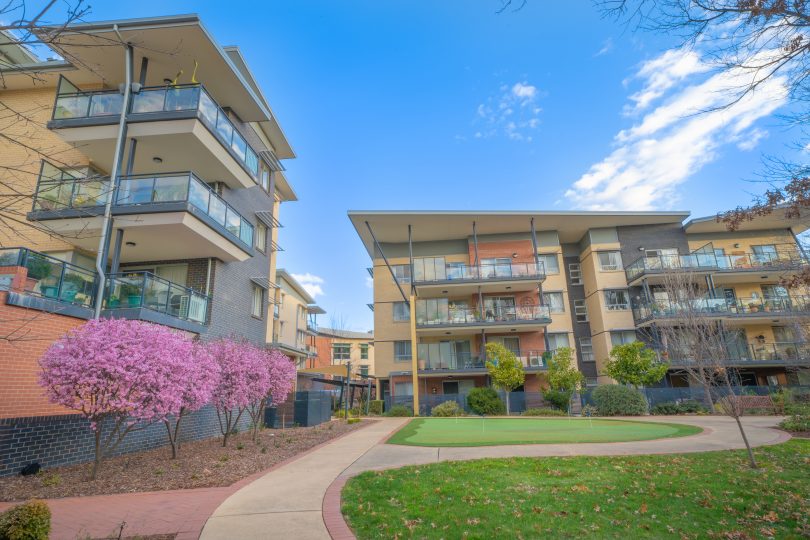 A staff member at the Goodwin House aged care facility in Ainslie has tested positive for COVID-19. Photo: Goodwin.

The additional cases of COVID-19 take the ACT’s total active caseload to 2116 and of these, 11 are in hospital, two people are in the ICU and one is being ventilated.

Of the Territory’s population above 12-years of age, 98.5 per cent are fully vaccinated (as of 24 December).

A total of 3018 negative test results were recorded in the 24 hours to 9 am this morning.

This is down on the previous reporting period in which a total of 3101 negative test results were recorded.

It’s being reported that a staff member at the Goodwin House aged care facility in Ainslie has tested positive for COVID-19.

All residents are being tested with both rapid antigen tests and PCR tests – all of which have so far come back negative.

Currently, residential aged care facilities in the ACT are required to determine their own visitor policies.

It’s becoming increasingly difficult for Canberrans to source rapid antigen tests as pharmacies across the Territory continue to find themselves increasingly under pressure and unable to meet the demand.

One pharmacist told Region Media rapid antigen tests sell out in under an hour every time new stock comes in.

Others have reported queues of people lining up before the store even opens to try and get their hands on one.

The ACT will begin to receive one million rapid antigen tests from NSW on January 17.

“I know myself as a pharmacy owner, I got it wrong,” he said.

The Federal Government, meanwhile, continues to hold the line on not making rapid antigen tests free for all Australians.

Prime Minister Scott Morrison said this morning that rapid antigen tests will be free for people who are required to take them as close contacts but not for everyone.

“We’ve invested hundreds of billions of dollars getting Australia through this crisis,” Mr Morrison said this morning.

“We’re now at a stage of the pandemic where you can’t just make everything free because when someone tells you they want to make something free someone’s always going to pay for it and it’s going to be you.”

In the ACT, authorities are still working out how to distribute rapid antigen tests to low-income households.

Federal Health Minister Greg Hunt has also confirmed the Government has secured 10 million tests and will order $70 million worth of supplies.

Hospital numbers have also increased slightly. There are now 1204 people in hospitals across the state, with 85 in ICU.

Ninety-five per cent of the state’s 16-plus population has had a first dose of the vaccine and 93.6 per cent has received both doses.

In Victoria, cases have increased again to 8577. The state also recorded three deaths overnight with 44,168 tests conducted and 491 people hospitalised.

Fifty-six active cases of the virus are in ICU and another 48 cases remain in ICU but have been cleared of their infection.

The Victorian Government has also begun reporting booster doses. Eleven per cent of the state’s 12-plus population has received a booster dose and 93 per cent have received two vaccine doses.